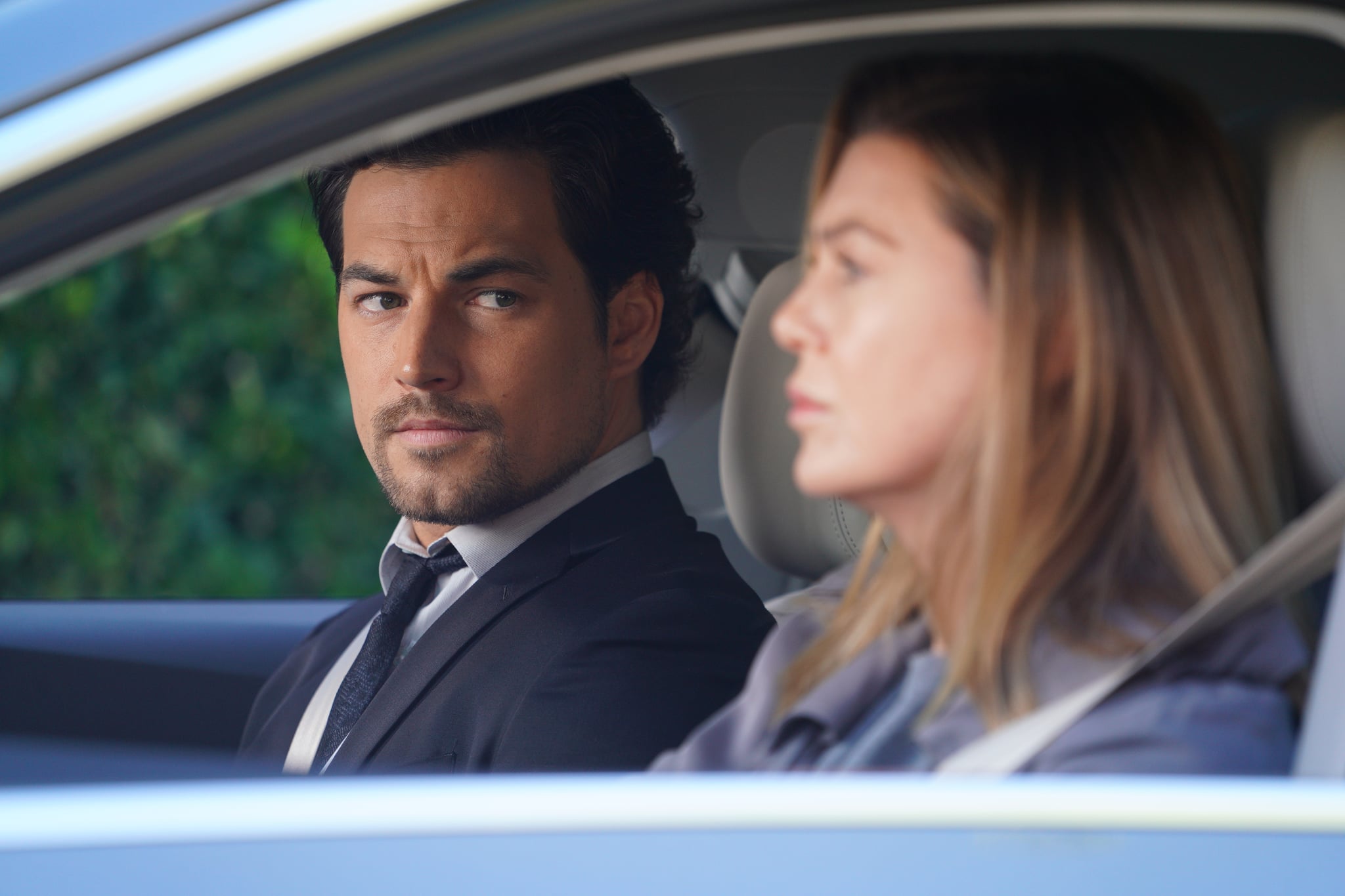 Grey's Anatomy just wouldn't be Grey's Anatomy without a tragedy here, a romantic drama storm there. While Jackson and Maggie recently cut clean from each other and Amelia and Link are cementing their relationship with a baby on the way, Meredith and DeLuca are decidedly on the rocks. Long gone are the days they whispered sweet Italian nothings to each other in an elevator. Things are now complicated, especially as Meredith faces the possibility of losing her medical license and DeLuca gets death stares at work for coupling with the enemy. Many factors are working against them, but here's why I don't necessarily foresee a breakup in the near future.

In all honesty, I wasn't super on board with DeLuca and Meredith dating, given that he was still a sad sack about his ex-girlfriend when they first started to flirt. It didn't help that the writers delegated the role of the doting girlfriend to Meredith all throughout season 15. And going to jail for Meredith's insurance fraud was, admittedly, pretty dumb on DeLuca's part.

But still. I can't deny that DeLuca has grown up considerably since Meredith got fired and her life blew up. In fact, dare I say it, he's been as grounded as Derek Shepherd about the whole ordeal. Meredith hasn't been having it with DeLuca, starting with his suggestion that she be more self-preserving when her takedown of Grey Sloan went viral. And when Zola had to get an emergency surgery, Meredith prickled at how he offered to keep an eye out for her and encouraged her to go to court for her hearing.

While I love that Meredith is back to her rule-smashing, badass self, I think that DeLuca has been more rational and thoughtful than patronizing. He knows that she has three kids to care for and can't afford to lose any more time or money. Plus, it's hard to dispute the fact that he's been a dependable boyfriend as well. He even offered to care for her kids during her stint in jail. When Zola was worried about forgetting Derek on Halloween, DeLuca consoled her by telling her a sweet story about her father.

Will Meredith and DeLuca break up? For now, I hope not. I think there's still something worth holding on to there.