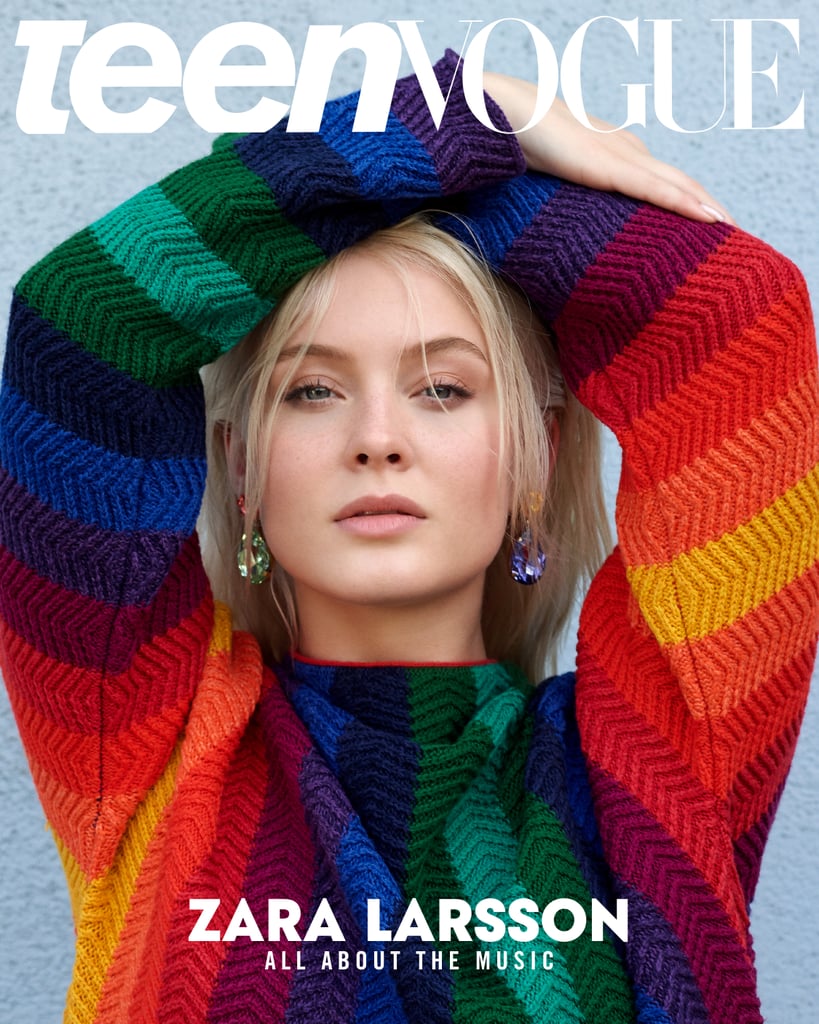 Zara Larsson is not afraid to share her opinions. The "Never Forget You" singer covers Teen Vogue's November issue, where she talks about feminism, being an outspoken pop star, and accidentally shooting to viral fame in the early days of her career.

For anyone who needs a refresher, Larsson went viral on Instagram back in 2015 after sharing a photo of a condom pulled over her leg as a way to call out men who claim condoms are too small to wear during sex. The reaction she got was far from what she expected. "That became such a big thing," the 21-year-old told the magazine. "Literally everyone wanted to talk to me about it. Hopefully, a picture of a condom leg doesn't get better than my song, but sometimes that happens." Luckily for her, that hasn't been the case.

Larsson has since become a global star and has been able to share plenty more of her thoughts on social issues with her fans. For example, she staunchly identifies as a feminist, though she admits that it's not an issue she was always familiar with growing up in Sweden.

"I went to the Royal Swedish Ballet School, and everyone in our class was very skinny, very pretty, came from good families with good amounts of money. I never really had to think about feminism," she said. "When I switched schools, that's when I was like, 'Oh, there's a real world out there.' I feel like the internet really was the place where I could read about all of it . . . a few years ago, I was literally like, 'What? You hate men?!' Today, I'm like, 'I hate men.'"

These days she mostly shares her opinions via social media, but she cites Beyoncé as the reason why she hopes to be able to weave more of her political thoughts into her music at some point. "[Beyoncé is] not really sharing a lot of her personal thoughts on Instagram, but she's very loud with it in her art, which is really the dopest way you can be because she's telling her truth through what she's the best at," Larsson said. "I just connect with her because what she's telling is empowering so many people like her. I would love to put some more [politics] into [my] art and make some f*cking money off it, because that's the world we live in."