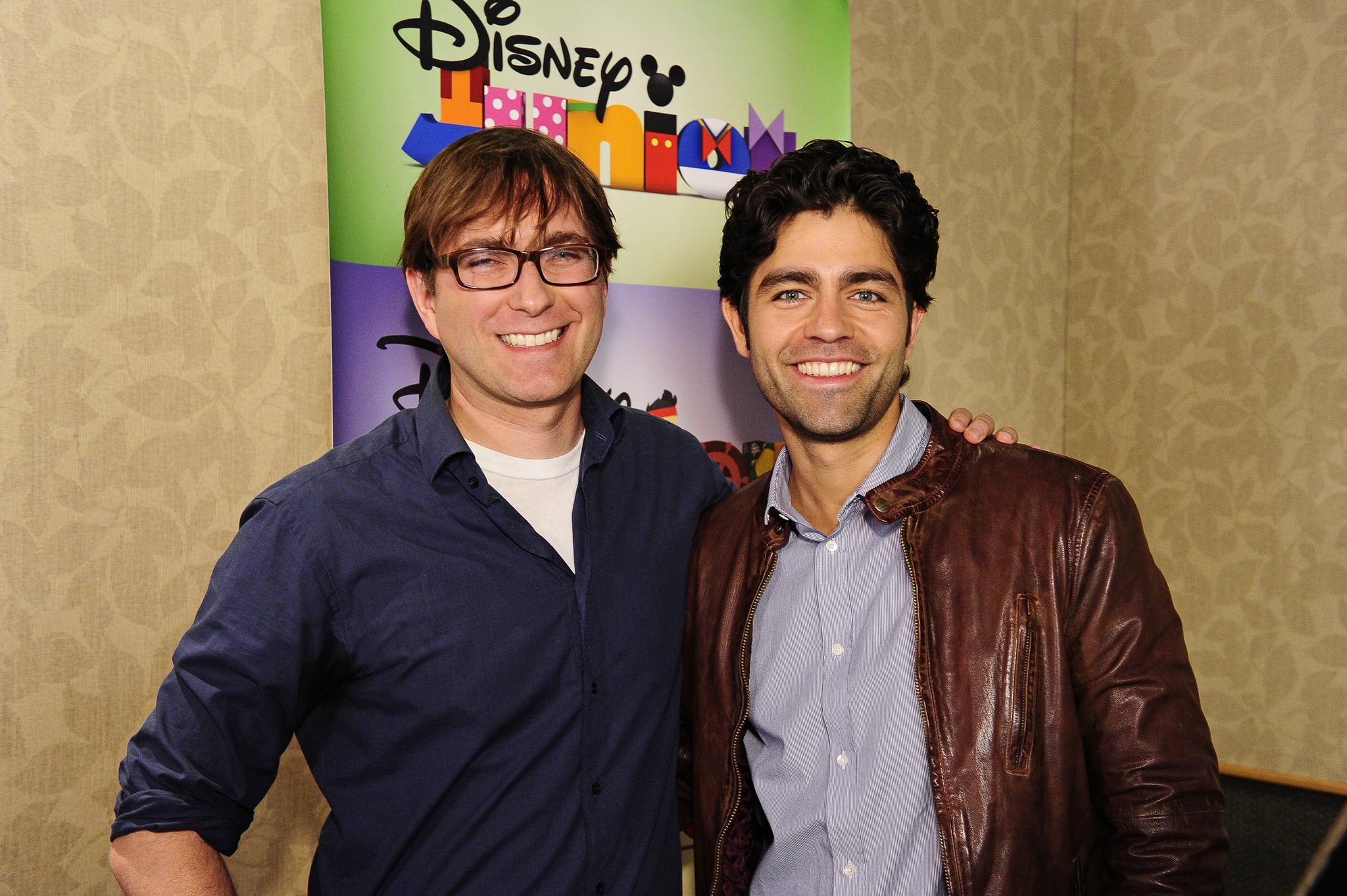 The backstory of lifelong friends Sascha Paladino and Adrian Grenier reads with an uncanny similarity to Grenier's HBO hit Entourage, but this is the real deal. Sascha and Adrian were classmates at NYC's famed High School of Performing
Arts, and Sascha went on to become an accomplished children's television writer. His latest project has been creating and producing Disney Junior's Miles From Tomorrowland, and when it came time to cast the voice of Miles's Uncle Joe, captain of the SpaceGuard, Adrian was his man. We caught up with the duo to learn how Miles From Tomorrowland, and their working together, came about.

POPSUGAR: Can you tell me a little bit about the background of your friendship? Have you stayed in touch this whole time, or did you reconnect as adults?

Sascha Paladino: Yeah, I mean we recently found out we've known each other for 25 years, which is crazy. We met playing little league; we were on the same little league team in New York, and then went to high school together. We did stay in touch, kind of went in and out of being in touch, as we got older, lived in different places for a long time. But there were some moments — some very surreal moments — where I felt like I was inside the Entourage experience, because we'd deal with Adrian going somewhere, and we were his [real-life] entourage. And it was very strange . . . like going to a season premiere of Entourage and we're together in the car, and we get out of the car, and Adrian goes down the red carpet, and then we go in the theater, and on the screen, Adrian's on the red carpet with his entourage. It was this crazy life-art mirror image thing. It's been fascinating and just exciting to watch Adrian's success over the years.

PS: And how did you collaboration on the show come about? Whose idea was that?

Adrian Grenier: Well the truth is, ever since I heard about the show — and I've always been a fan of what Sascha's been doing and his success in the realm of children's television — secretly I was always wanting to be on the show. I knew I couldn't play Miles, and then I finally just came out one day at dinner and subtly, but not so subtly, dropped a hint, and that's what got the ball rolling.

PS: So it was your idea, Adrian.

SP: And I was so excited. I mean over the years, Adrian and I have both made documentaries and we've shared creative work with each other and given each other feedback on it, but we hadn't really worked together on anything. And I didn't want to be the guy who was using his friendship to get him to be on my thing, so I was glad that Adrian was that guy. So I was just excited when he said he was interested. It was just a great idea to work together. It was a perfect fit.

PS: And Adrian, was this your first time doing anything kid focused?

PS: And it was your first voice-over, correct?

SP: As kids, we made a lot of movies together, and that was probably your first true voice-over work. We were both really into animation. I remember, Adrian, didn't you get an animation table at one point?

AG: Yeah, in school, like in my early 20s, I thought I might want to be an animator. I was a big fan of the Brothers Quay, so I was doing a lot of stop motion, building my own armatures and stuff. But man, it was time-consuming. I just did not have the patience.

PS: I bet. What's the process of doing voice-over work like? Were you with the other actors at all, or were you kind of just working independently?

AG: I was in a room by myself, and I got to hear the voices, sometimes just temp voices for the other characters. And then there was a process of sort of doubling back at times just so that my voice and the voice of the other actors were sort of in the right space tonally. But there wasn't a lot of that, so I guess Sascha was able to direct a lot of the tone.

SP: Part of my job is keeping the big picture in my head. Everyone's schedules are so different, and when you have people like Adrian and Olivia Munn and Tom Kenny, who are so amazing and so busy, you're recording them when you can, and then in my head, I'm sort of trying to play the future movie of what it's going to be, and I'm trying to remember, 'OK, Olivia said it like this, so Adrian, make sure you're responding in this way,' so that when we cut it all together, it sounds like they're in the same room and having a smooth conversation.

PS: So, Sascha, you have such a great résumé and such a great background in children's programming. Where did the idea for this show come from?

SP: Miles actually really came from my own life. Before I was a dad, my wife and I had a lot of adventures. We traveled a lot. She wrote about film, and I made films, and we just had a lot of adventures. When I found out that we were having twins, I kind of freaked out and thought I was never going to have another adventure again. I was very happy, of course, but that thought crossed my mind. And as I started sort of daydreaming on that idea of, 'What's going to happen to this adventurous impulse?' I sort of stumbled onto this idea: what's the greatest adventure you could have as a family? And I've always been obsessed with outer space, sci-fi; and for me, the answer was simple: it would be taking your family on this adventure to outer space. There's no greater adventure than that. So that's really where the idea for the show came out of — it came out of my own preparenthood freakout.

And then I ended up working with Disney on a show called Henry Hugglemonster that required me to move to Ireland when my twin boys were 18 months old, and we had the most incredible time living abroad as a family. And what I realized through that experience — and this was all while I was developing Miles as a show — was that the adventures you have with your family become even more meaningful because your family's there with you, and that really became a strong theme of the show.

PS: How old are you boys now?

SP: They're five. They just turned 5.

PS: So they must be fans of the show?

SP: They are — they have no choice. They have a lot of great ideas that we try to incorporate into the show as well. I just feel so lucky that they're at this age. It's just the perfect storm of timing that the show is happening while they're this age. As you know, having a little kid is just a magical — there's so much you can learn from it.

PS: And how has being a dad changed your overall attitude toward work and children's programming — what's already out there and what's good and what's bad and what we need more of?

SP: Well I definitely curate their television-watching very carefully. I have strong opinions. But I like anything that inspires them, that sort of brings out their sense of creative play and doesn't dull them into just sitting there for hours and watching, but makes them want to leap up and play the characters or play the scenario or roleplay and imagine themselves in that world. To me, the best TV inspires and pushes kids to think rather than does the thinking for them.

PS: What were both of your favorite TV shows as little kids?

AG: You know, I have some television shows that I remember that I don't even think were real television shows. I think they were just in my mind. I had a strong imagination. Maybe they were just locally syndicated — so local that no one else saw them. But some of the big shows were Voltran; I liked Voltra a lot. I did like G.I. Joe.

SP: Yeah, I did too. And younger, I was definitely a huge Sesame Street fan.

SP: Well Adrian always had that science spin too, which was the other thing that made him perfect for the show. He was a bit of a science-y, geeky guy.

PS: And I read that you worked with a team from NASA on some of the details for the show?

SP: It's been amazing. We got to visit NASA's Jet Propulsion Lab in Pasadena, and we also got to take a tour of SpaceX, which is a privately funded space company. And it's just been so inspiring to see what the future of space travel really is. One of the amazing things too is talking to rocket scientists — literally rocket scientists — who say they were inspired to do what they do because of the TV shows they watched as kids.

And to think that maybe, if we're lucky, one day, some kid that's watching Miles might be inspired to go into the sciences and create the next level of space exploration because of watching Miles. That would be a dream come true.

PS: Do you still want to bring your own family to space?

SP: I do. I do. I want the technology to improve a little more! But, you know, if we had the vision of space that ET and Miles — which, also we worked really hard to make space feel like a very welcoming, warm, fun, colorful place. Obviously in reality, space is cold and dark and terrifying. But in our vision of the future, outer space has been, you know, tamed in some ways — not all of it — but if my family could go up into the world of space that Miles lives in, yes, for sure. But I do want to continue our adventures whether they are on Earth or off of this planet. 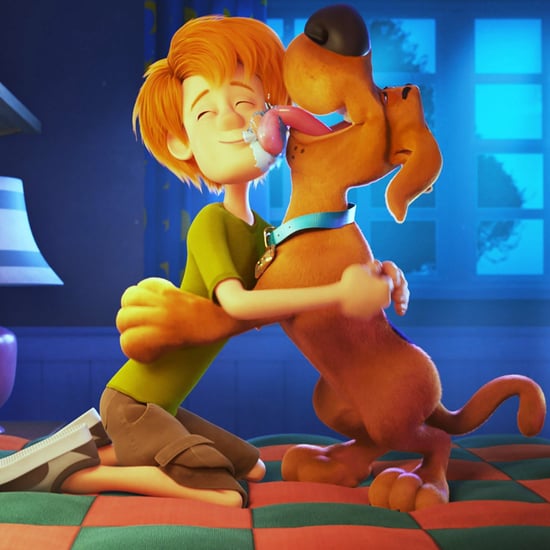 Little Kids
Scoob! Is a Family-Friendly Dream, but Here Are 5 Things to Know If You Watch With Young Kids
by Alessia Santoro 3 days ago 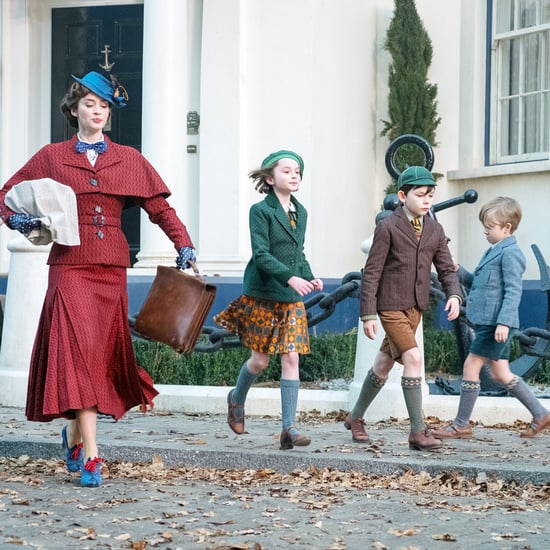 Little Kids
Getting a Little Tired of Tangled? Your Kid Will Love These 10 Movies Just as Much
by Hedy Phillips 2 weeks ago 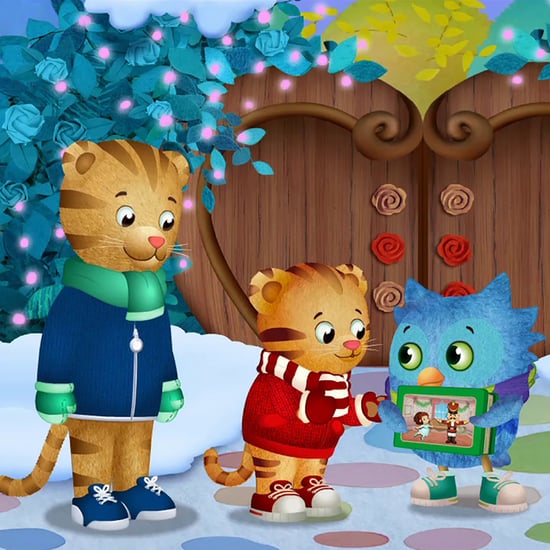