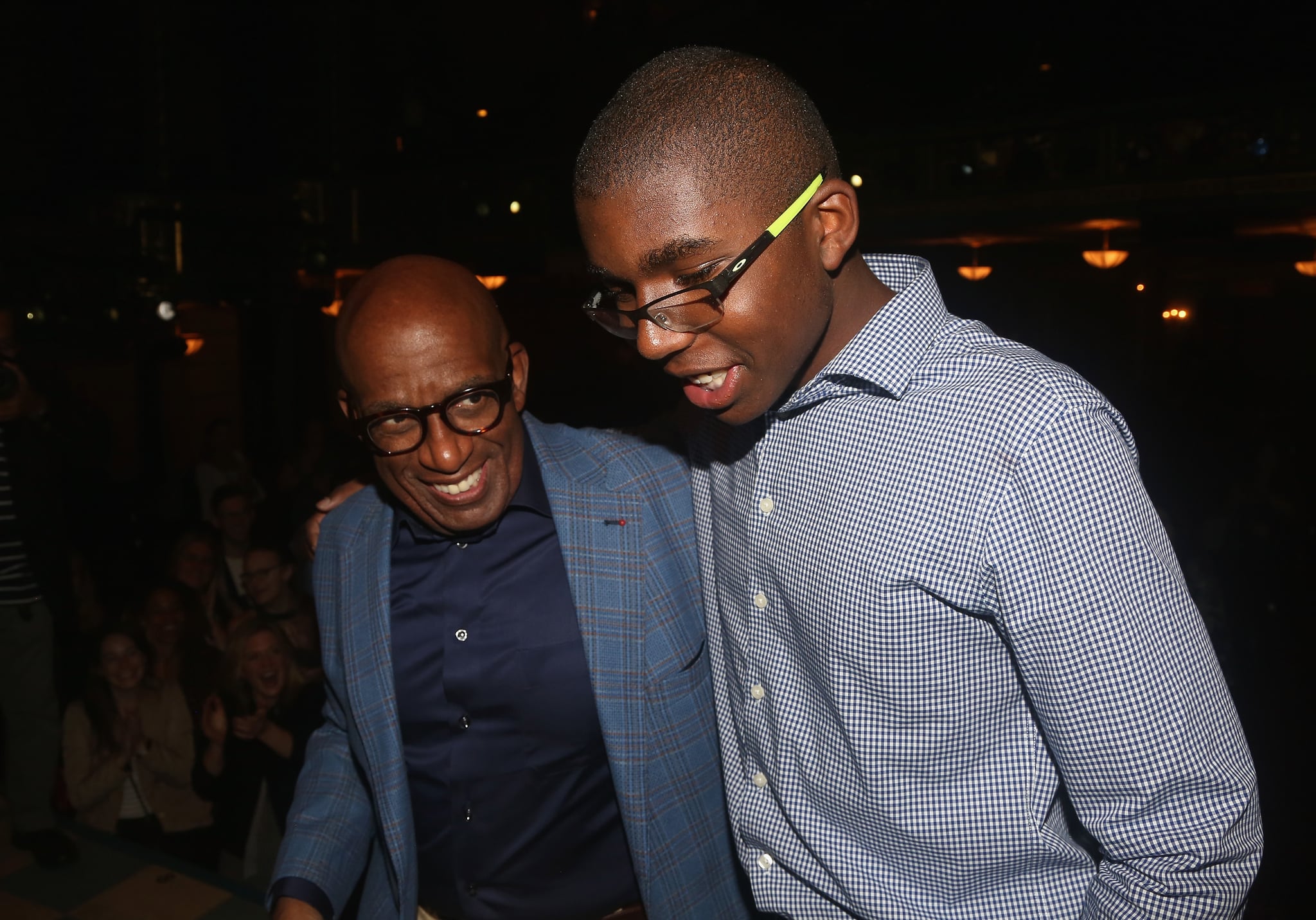 Al Roker is a proud dad to all three of his children, but recently, the Today cohost penned a personal essay for Guideposts about his youngest child, Nick, and what it's been like to parent his son with special needs. After the now 17-year-old was born, Al and his wife Deborah noticed that Nick wasn't developing at the pace they expected. "He wasn't developing as fast as he should have, not holding our fingers as tightly, not always meeting our gaze, not as quick to crawl. At 3, he hardly talked and could barely walk," Al wrote, sharing that doctors and specialists put Nick through multiple tests to discover what could be the cause of his delays. "Now that he's 17, I can tell you that, yes, he's somewhere on the spectrum and maybe obsessive-compulsive. But those labels can be frustrating; they don't begin to describe who Nick really is."

In fact, Nick has flourished as a young man, taking up taekwondo, swimming, chess, and basketball, in addition to participating heavily at the family's church.

"We enrolled him in a program at a school to suit his needs, watched him make friends, signed him up for tae kwon do — at his insistence . . . I had my doubts about the tae kwon do," he wrote. "In tae kwon do, you have to master systematic sequences of moves to progress to the next level. Turned out that all those repetitive drills were just the thing for Nick. Where his OCD nature can be a drawback in some situations, it was a strength here. And he proved to be very competitive. 'I'm going to get my black belt,' he told us. 'Don't push it,' I wanted to say, 'You don't have to aim so high.' You hate to see your kid disappointed. But who were we to hold back our son? His sister Leila was doing tae kwon do too, and maybe he wanted to prove something to her — and to himself." And as it turns out, Nick surpassed his sister and received a black belt.

"I can't begin to take credit for who Nick is and who he might become. All sorts of specialists can tell you about limitations for this and that. Nick never got that message."

The process of watching Nick grow and become his own person has been rife with both parenting and life lessons for Al. "Do I get frustrated with my son sometimes? You bet. But then I remember my dad, how understanding he was. And Deborah reminds me that I have to show my son not only that I love him, but that I like him as well. More than that, I admire him. But let's be clear about something: When you parent a kid, it's not just the two of you; there's a third party helping. I can't begin to take credit for who Nick is and who he might become. All sorts of specialists can tell you about limitations for this and that. Nick never got that message."