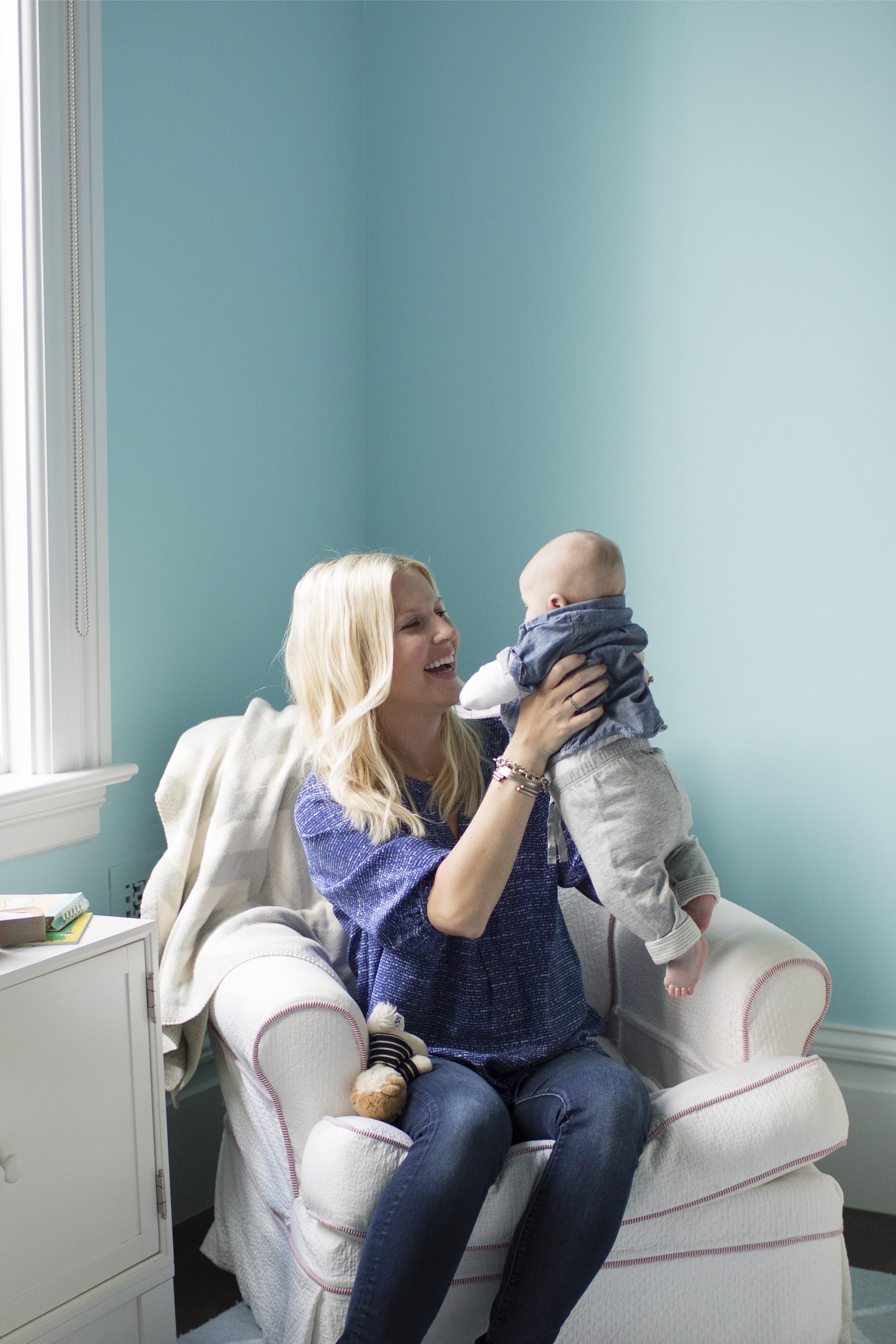 It's your first child . . . ahh! Everyone, break out the hand sanitizer before you come within two feet of my kid.

Remember that stage? Remember wishing you could put your baby in a bubble? Remember attempting to build said bubble? As a mom of an only, I watch parents with their second and third children and I see a clear difference between how they handle the kids and how I handled my first. The fact is the first child is in many ways, the guinea pig and the showstopper of our parenthood. By that I mean we are testing out everything as we gain our motherhood legs. We've never been mothers before and despite what people told us, it isn't quite what we had thought. It's better and sometimes, it's worse than had we imagined. The first child grows with us. The first child learns lessons because we didn't know better. The first child has our attention, 24/7. We focus on them and we put on our "very best parenting hats" because let's face it: the more kids, the more tired you are. I am the youngest of four girls. I stand by that statement. As long as I was breathing, all was right with the world.

To all the first children out there, you got the best of us as parents and in some ways, the worst of our learning curve. We apologize in advance, but it's just life, kiddo.

Panicking Over Every Bump

Babies as they are learning to crawl and sit up are bound to bump their heads again . . . and again . . . and again! It was maddening and I thought I might lose a few years off my life until I realized, it was bound to happen many times, so just deal with it. Every first-time mother can relate to shrieking or having your insides crawl with fright as you saw your little toddler get ready to take a spill. After the first kid, moms know that their little ones will survive, even if they end up with a stitch or two.

Obsessively Worrying Whether I AM A GOOD MOM

When you first have a baby, there is no "norm" set up in your head, so you find yourself comparing your mothering to others, especially when you get involved with a moms' group and see what others are doing. Suddenly, your poor baby or kid is somewhat the victim of that anxiety. You can't help it. It's part of the learning curve but you being too hard on yourself is a parenting mistake you will make less frequently as your confidence builds and the next kid comes around.

Your first child gets every second of your attention so much that you really didn't leave him or her alone to play by him or herself too much, did you? It's OK. They're so damn cute those first kiddos and a wonder — "Wow, I made a baby!" but leaving the kid to play on one's own is a great way to build independence for your kids. Plus, the first kid didn't get a second of breathing room without you sticking that camera, phone, or video camera in front of his or her face in order to document the kid's every breathing second. You were a "momarazzi" and thankfully, kid number two gets a break from the spotlight in order to adjust his or her diaper in private. Thanks, Mom!

It's Your First Birthday! Let's Break Our Bank Accounts!

The first birthday is really a celebration for the parents to say, "Look — we made it!" But the first birthday party scene can be pretty elaborate and expensive. It's something you won't do a second time with kiddos number two, three, and so forth, and you may feel guilty about it, but you know that at the heart of the matter, that doesn't really matter.

Let's extend this metaphor a bit as well: the first child does each and every Mommy & Me event known to mankind. In fact, it's pretty clear that your first child had a better social life than you and your partner combined, and you two are adults! The first child has to have every thing because as new parents, our energy, desire to be good parents, and anxiety over being new parents has not faded enough to bring the illustrious confidence that comes along as you have another kiddo.

But here's the good news for all of you first-borns: you know that truthfully, you broke the parental mold and later on down the line when sibling number two, three, or four cries that there aren't enough photos of him or her to go around, you can bust out your memoirs and gloat about it in their faces the way that only a sibling can!