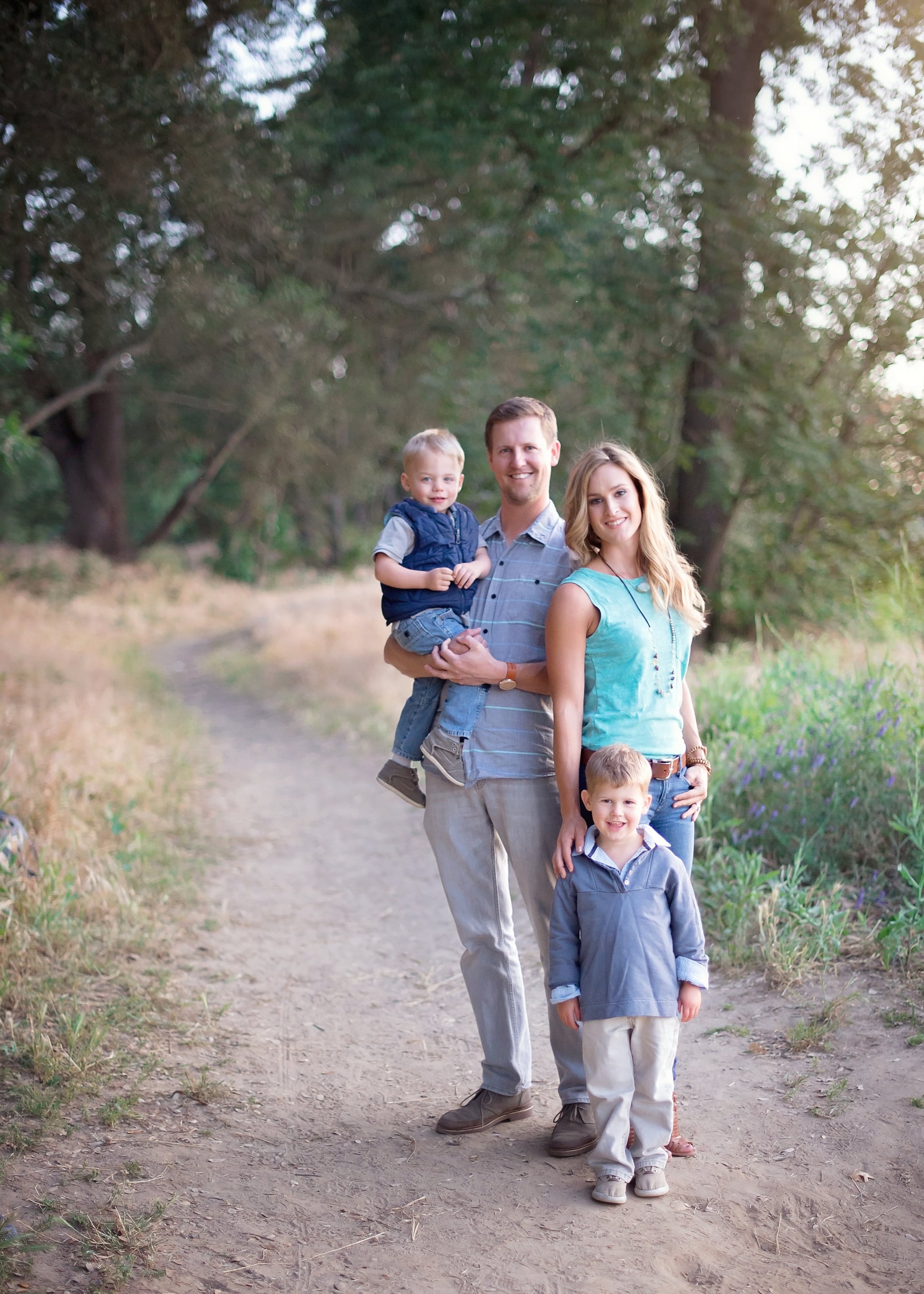 My first son came to our family the old-fashioned way: First came love, then came marriage, then — after nine months and 50 (fifty!) pounds — came a baby in a baby carriage. My second son, however, came in a more roundabout way.

I had been interested in adoption since I was teenager. A couple of my family members are adopted, so I was fortunate to grow up with a really positive example of adoption as simply another way that families are created. Growing up, the more exposure I had to kids who came from heartbreaking or nonexistent family backgrounds, the more it seemed only logical that families like mine — who had plenty of love and support to go around — should share our family with people who needed it.

So when our firstborn was just 6 months old, we started the process of getting approved to adopt through the county foster system. As a result, our second son was shared from the beginning. There was no hiding the fact that we were "trying" to add another baby to our family. It was public information, shared by necessity as we arranged child care for eight weeks of foster parent classes and had five of our closest friends complete tedious letters of recommendation. There were social workers, background checkers, doctors who had to vouch for our health, and employers who had to verify our employment history. Eventually, we publicly announced the journey we were on — awkwardly but earnestly — knowing that it would be less weird to tell people ahead of time than it would be to just show up with a baby one day.

For the most part, people were supportive.There were a handful of inappropriate questions, but even those generally came from a place of caring concern. People were invested in the journey that we were on.

And then one October day, 14 months after we began the journey towards our second child, a social worker called, and just like that, our family grew. Our hearts grew. Other people's hearts seemed to grow, too. They had been invested in this process, after all, and there was finally something to show for it: a tiny, perfect, 4-pound baby that was the closest thing to a real miracle most people had ever encountered.

We named him Noah. And when I say "we," I don't just mean my husband and I. He spent the first two weeks of his life in the NICU, and we met him on day 14. After spending a couple hours with him, we agreed that he seemed like a Noah. It wasn't a name that had been on our list with our first son just 19 months prior, and neither of us could pinpoint why it seemed like the perfect name for him, but we couldn't shake the feeling that it just fit. Later that night, we met Jill, the nurse who had been with him since the beginning. The cute onesie that he was wearing, the little stuffed animal in his hospital crib, the fleece blanket covered in basketballs and soccer balls — Jill had brought those for him. Before we left that night we asked Jill if she had been calling him anything those first two weeks, just out of curiosity. Without skipping a beat, she replied "Noah. I've been calling him Noah." And so that was his name, the name that we chose for him, nurse Jill and my husband and I.

People brought dinners and preemie clothes and prayers and well wishes. Babies have a way of bringing out the best in people. That elusive "village" that we hear about, that the autonomy of modern culture has seemed to eliminate — there it was, all around us.

And the crazy thing is that three years later, I still feel it in a way that I'm not sure I'd be so attuned to if adoption hadn't been a part of our family story.

I am just one of two mothers he can claim; his biological mother gave him life, and I am teaching him how to live it. And in the gap between her and me, there is a whole village of people who have stepped in to help write Noah's story. He is better for it. I am, too.

And in some way, I think all children are a little bit shared. While Noah's story was shared so publicly from the very beginning and required so many people to help write it, even my firstborn son — the product of just our private little marriage — even his story has gaps that have needed filling. Grandparents have offered patience when I had none left. Teachers have offered lessons that weren't even on my radar. Playmates have offered friendship. My own friends have offered me validation and encouragement and have said "me too" when I've felt like there was no village after all.

The story of adoption can be complicated and messy and beautiful all at once. Which makes sense, because life is complicated and messy and beautiful all at once. And so are children. All of them. It's our job to help them write their stories and fill in their gaps, wherever those gaps might be. We're a village of storytellers and gap fillers, and it might be more evident in some situations than others, but we're all sharing these stories together. And we're all better for it.

Personal Essay
How I'm Working to Regain My Sense of Smell, Nearly 6 Months After Having COVID-19
by Leeny Sullivan 19 hours ago

Family Life
Despite Freezing Temps, I Took My Kids Outside Every Day This January — Here's What Happened
by Brittany Van Den Brink 19 hours ago

Home Organization
I Hired a Home Organizer to Help Me Regain Control of My Life, and My Mood Instantly Improved
by Lauren Manaker 21 hours ago