When Angela Pickett came home from work, she was excited to check out her kids' school pictures. But when she opened the envelope, this Australian mom was shocked — and not over how "perfect" her boy looked.

In a viral blog post, Angela explained her confusion when seeing a photoshopped version of her oldest child. She explained that her first thought was: "I didn't realize he still had teeth when the photos were taken." 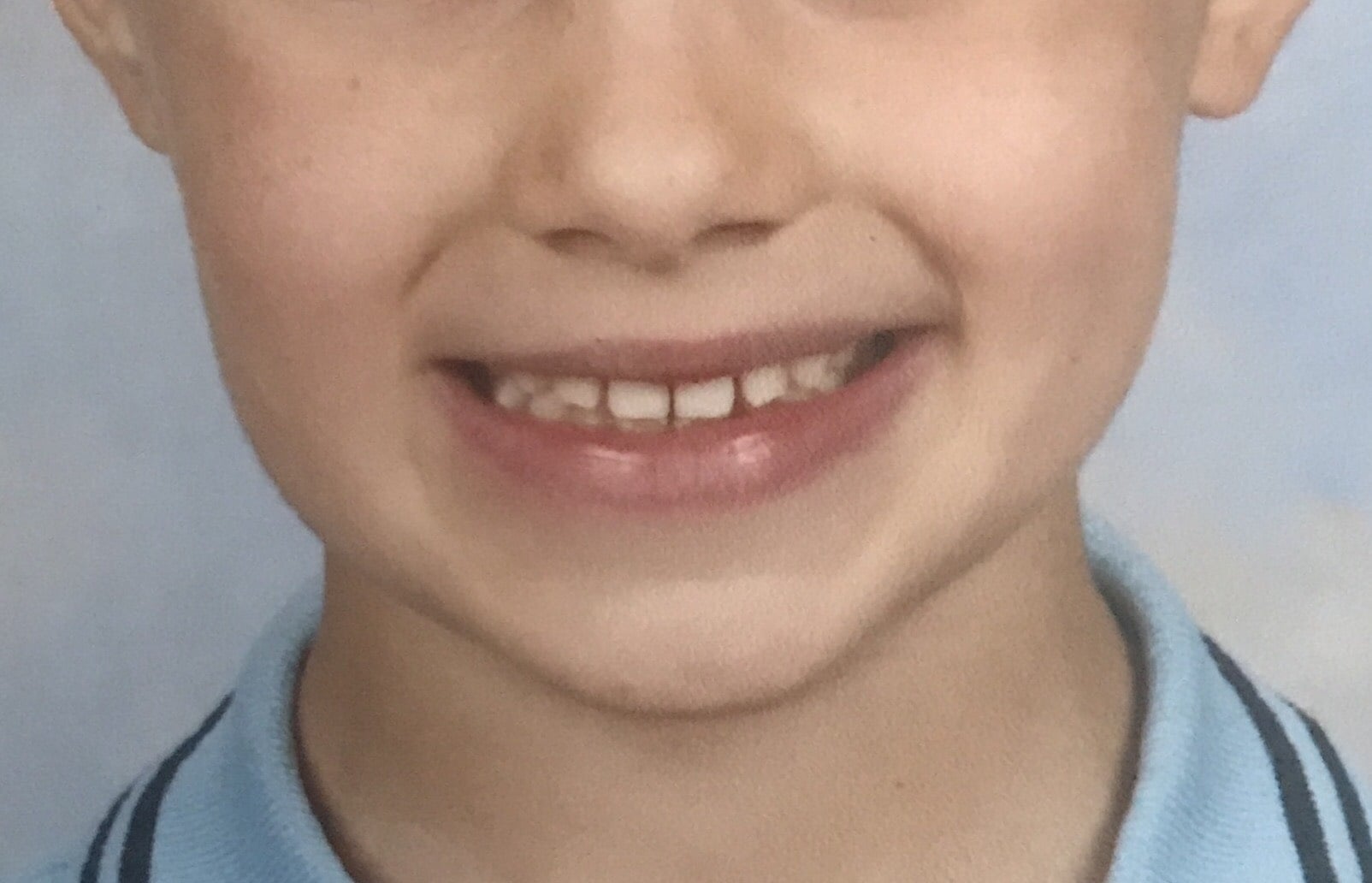 Before jumping to any conclusions, she checked the class photo and family snapshots from that day and quickly realized that her gut was right. "There he was. Gappy McGapster (as he currently calls himself) in all his glory," she wrote. "At first, I thought they'd given us last year's photo — but then I looked closer. Nope. His mouth had been photoshopped with what looked like last year's baby teeth swapped in."

9 Things You Never Knew About Your Child's Day at School, Straight From a Teacher

Instead of immediately getting mad that the photography company had changed her son's mouth without her permission, Angela was more confused over why they thought missing teeth was something that needed to be "fixed."

Angela explained that body image isn't something she's had to worry about too much yet while raising two young boys, but this is yet another reminder of how often everyone is hit with "unreal" images. She admits to not speaking up when her passport photo was touched up a year ago and only opts out of filtering her social media photos because she doesn't have time to, but this mom finds photoshopping school pictures completely different.

"This wasn't touching up the light on a sunset or brightening up the group shot to see everyone better," she wrote. "This is a kid who didn't lose a tooth until he was almost seven. He's not embarrassed by the gaps and wonky teeth, he's excited because lost tooth = gold coin. He doesn't notice the crooked new teeth because he's a kid and he is more interested in basketball, hockey, Netflix or finishing his collection of Marvel disks — and what he can eat next."

Angela also had "really bucky teeth" as a child and loves the photos of her younger self with her gappy grin. "I want my son to be able [to] look back over all his school photos and see how he has changed," she wrote. "And while some might blame social media for this obsession with 'perfect' photos, for me, social media — especially Facebook came into its own last night as I shared my 'WTF' moment."

Before flipping out to the company, Angela took a minute to share and vent with friends online, which allowed her to calm down before contacting them. "While our school photographer quickly acknowledged the mistake and provided new photos, I wrote the blog because it would seem that some companies do this on a regular basis — and some charge for it — which I think sends a bad message to our kids," Angela told POPSUGAR.