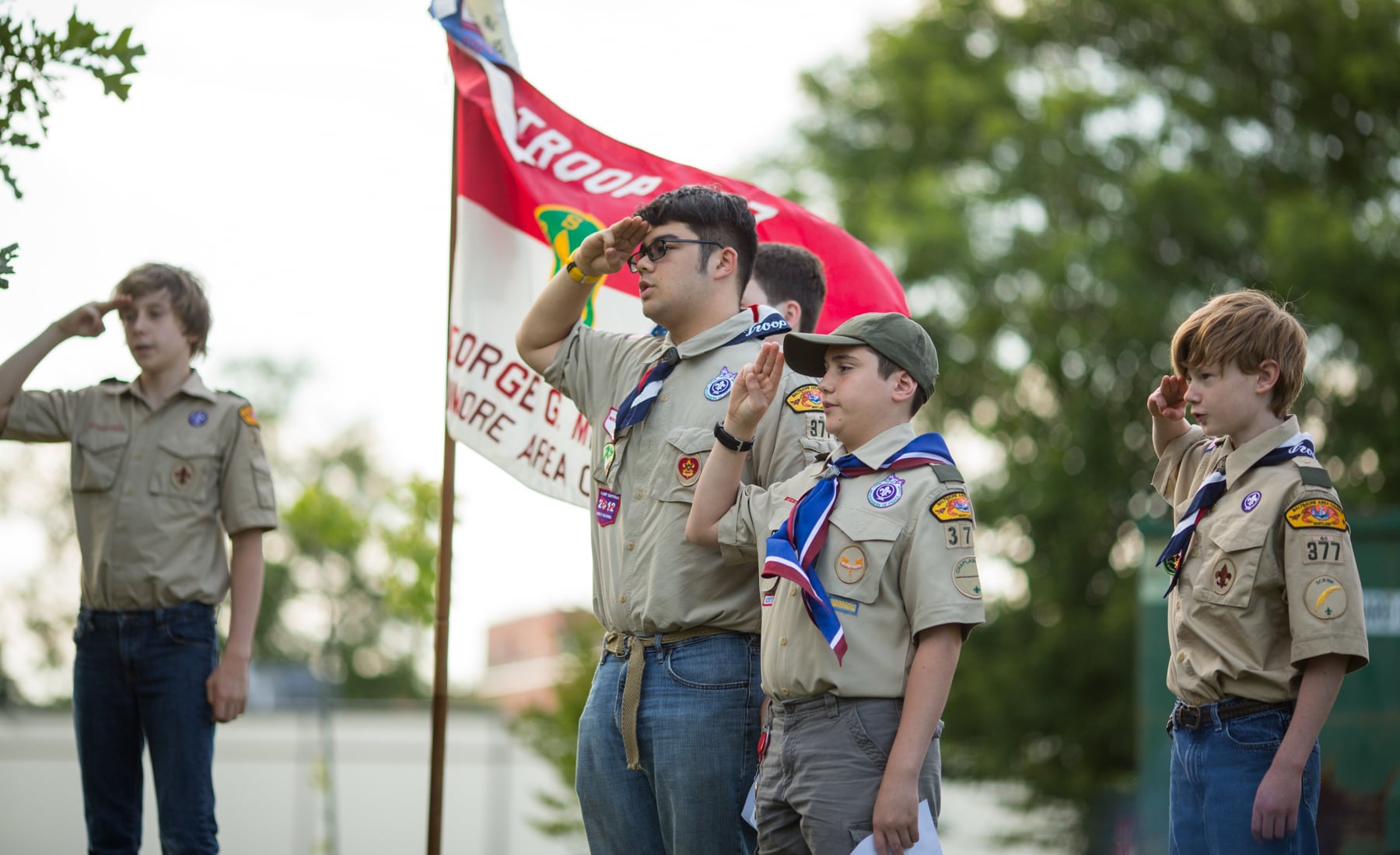 This week, my 6-year-old daughter, a member of Girl Scout Daisy troop 2024, put a sign on her door announcing that her room was officially a "no-boys allowed" zone. I laughed, knowing the only boy she really wants to keep out is her 3-year-old brother, who has been known to help himself to her toys while she's busy being a first grader.

I'm confident that her "no boys" policy is brother-specific because this morning, she also told me that her best friend at school is a little boy named Luke who, despite being "skinny and short" (her words, which I told her shouldn't be repeated if she wanted to keep her new bestie), is the funniest, most fun person in her class. Luke is one of many boys my daughter claims as a close friend, a fact that I embrace because I was the same way. More than 30 years later, a lot of my childhood guy friends are still a part of my life.

Because my daughter loves hanging with the boys, it made me smile yesterday when the Boy Scouts announced it would be letting girls join its ranks. I hope the Girl Scouts will soon announce a similar policy and let boys in (if we're going for gender equity, let's go all the way, right?!).

Related:
Following Its Historic Decision, the Boy Scouts Will FINALLY Let Girls Join as of Today

I'm sure the change was inspired by the cultural shifts our country is making, where gender is more fluid and less black and white. The realist in me is pretty sure the 108-year-old organization's dwindling numbers (membership is now half of what it was at its peak) also have something to do with it. And the liberal in me can't believe that an organization that is older and arguably more conservative than our president is making socially progressive policies while our government repeals them left and right.

But positive change is positive for everyone, despite its true motivation and however small and focused it might be.

But positive change is positive for everyone, despite its true motivation and however small and focused it might be. I can get behind the statement Chief Scout Executive Michael Surbaugh made in October 2017: "We believe it is critical to evolve how our programs meet the needs of families interested in positive and lifelong experiences for their children. We strive to bring what our organization does best — developing character and leadership for young people — to as many families and youth as possible as we help shape the next generation of leaders."

Do I foresee a time when my daughter decides to switch from Girl Scouts to Cub Scouts? Probably not (the girl loves cookies), but I love that the option is there for her. I'm thrilled that there's one less thing in the world that her gender limits her from doing. It might be a baby step in the big scheme of gender equality, but it's a step in the right direction.