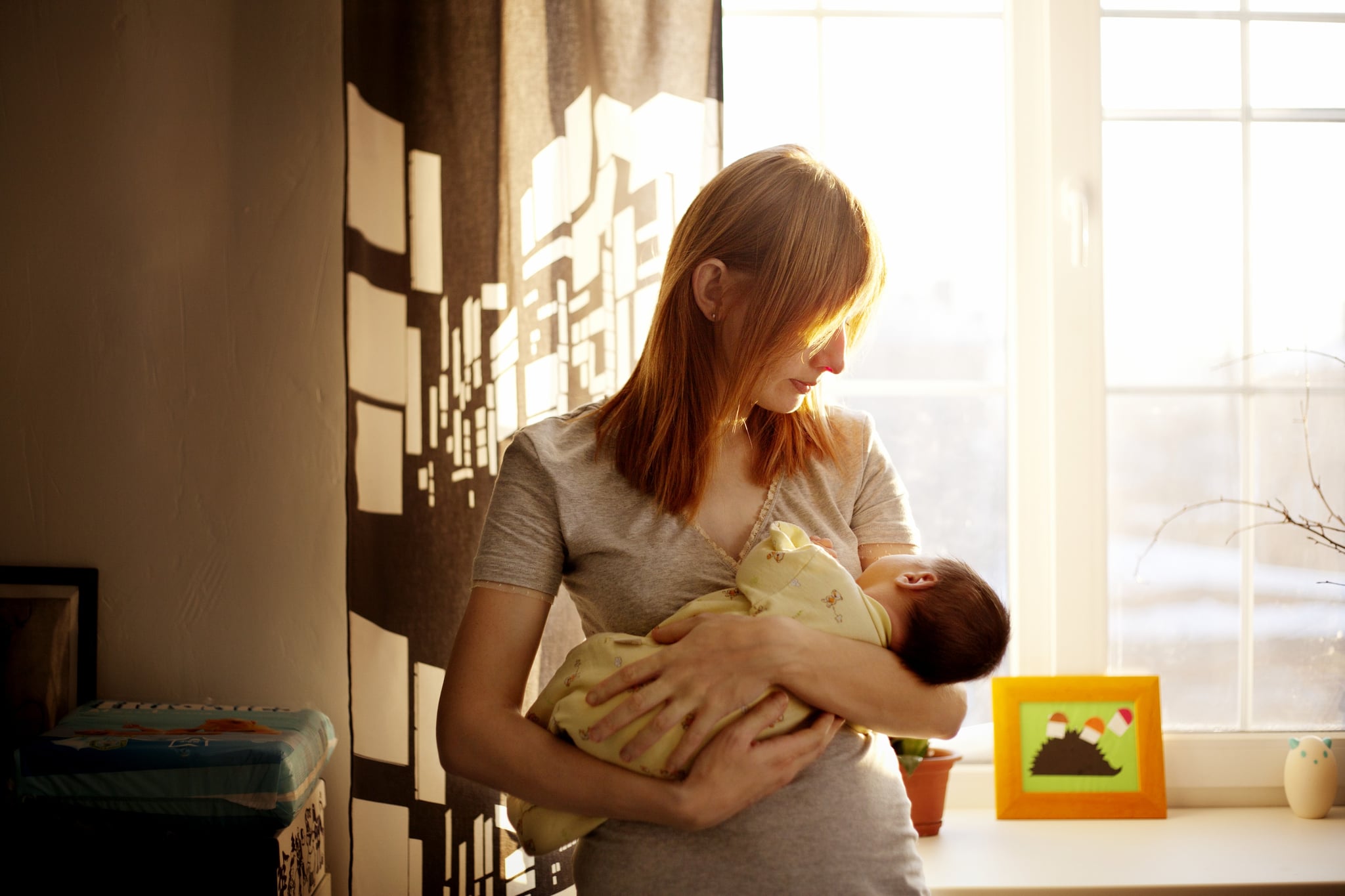 Nursing my first baby was a source of near constant discomfort or anxiety, until she was about 4 or 5 months old.

Now that I've nursed and weaned a second child, I can say, in retrospect, we did just fine. She wasn't the best at it (nor was I), but we did all right. I was in physical pain for about four weeks. I'm still not sure if it was until she grew a little bit, or we both learned the latch. She seemed to lack patience — though, I'm sure I did too — and she was a fast eater, which resulted in her having a lot of gas and possibly reflux. Once she got over her initial desperation to feed, she seemed all too eager to stop nursing and suck away on something else, like her pacifier. She gained weight acceptably but slowly. And it was very difficult for me, given how little time she spent per feed, to see how she could be full. Isn't that every new mother's fear? She must not be getting enough.

But for me, it was even more than that fear; it was another baby preconception shot down by reality. Breastfeeding was not what I had imagined nursing would be. She didn't cuddle. She didn't hang out. She didn't stroke my face, as I had seen my sister's babies do. And she never once fell asleep nursing. She didn't seem to enjoy it at all. I'll never know why, really — was it her or me or us in tandem? — but when we started solids at 6 months, she took to them like, well, like I thought a baby took to nursing. Her teeth came in early, and she threw back tiny pieces of poached chicken and bowls of yogurt like they were her food. She ate inordinate amounts of anything I'd give her. She still nursed, and she took bottles too. We had solids and nursing now, and her growth didn't even pick up — she gained at the same rate, which I found consoling. I could relax, because I wouldn't have to resort to formula (yes, I was that sort of new mother), and I was sure I could get her to a year without cow's milk. I was a mother now. I was winning.

Then came Christmas, and we went to visit our families. She was 9 months old. Either she was too well-entertained, or she realized she could actually feed herself enough without nursing, but suddenly she refused to nurse. Perhaps the travel and the environment were disorienting. I was shocked and stuck with a very painful leaking chest. I must not have had a pump with me, because I went crazy trying to get her to nurse — mostly to relieve myself but also to save my pride. I had worked too hard to let her stop now. This wasn't going to happen. We tried quiet rooms, blankets, and dark closets. Nothing really worked. She kept her night feeds (one or two), but it's like she didn't even want to smell me during the day when there were cousins, dogs, and grandmas to see.

Were I a more sensible, relaxed sort of mother, I would have let her eat what she wanted and let it go — let her lead. But I couldn't. I thought she MUST have milk. She was too young for cow's milk. She wouldn't have formula. I was certain she was going to lose weight — because I was her calories.

So what did I do? I bought goat's milk. And she drank it. She loved it. I was pleased, but only for a moment. Because then I realized she would of course live, but my supply would inevitably drop. That elusive thing I'd worked so hard and so sleeplessly to build up, squeezed dry in a week of baby's growth and distraction. The outrage! I fretted, which didn't help my supply in the least.

Now I think if I had only looked at her — obviously happy and so engaged — I shouldn't have worried. But the anxiety of baby feeding, once ingrained, is very hard to shake. I still saw that red, fussy newborn we'd had for the early months. I felt like I had lost. She kept nursing at night. I force-nursed her to New Year's. And the last night of our trip, she slept through. Entirely. Something she had never done. And when we got home, she kept right on night-sleeping, so even the night feedings disappeared. I was ecstatic about the sleep, but that was really the beginning of the end. Yes, she continued to nurse — but it was much less about the food than about the ritual and for thirst and comfort. By 11.5 months, she was basically done.

Kamala Harris
This Is Not the Inaugural Celebration Kamala Harris Deserved, but She's Still Making History
by Adele Stewart 12 hours ago