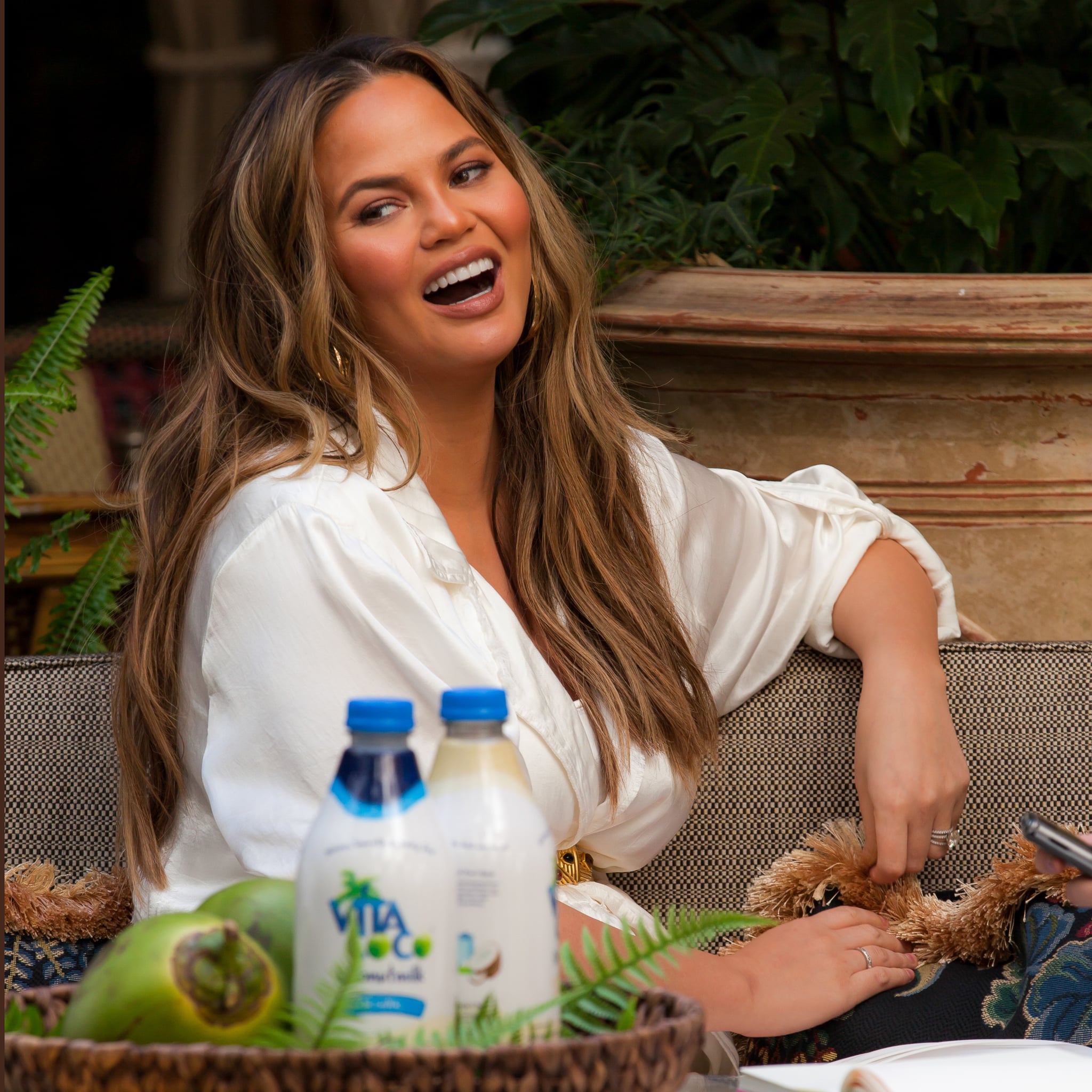 Model, cookbook author, and TV host Chrissy Teigen is expecting her second child — and she admits she's not doing a great job at honoring a deal she made with husband John Legend to keep the baby's sex under wraps. "I keep wanting to just say it because everyone knows everything about us, but he wants to have one thing for us," she tells me as we catch up at the brunch she's cohosting with Vita Coco Coconutmilk at LA's Chateau Marmont.

"I'm shocked it hasn't been anywhere. I mean, at Lip Sync Battle, I have a hot mic. It's always on. And Casey, our producer, will constantly [be like] 'You know, you're mic'd right now.' I will never remember that I'm mic'd, ever. I'll run up to celebrities, and they'll be like 'What are you having?' I have told thousands of people," Chrissy says, nodding toward the iPhone on which I'm recording our conversation. "I'll probably tell you when you shut this off."

Related:
Chrissy Teigen Knows the Sex of Baby Number 2 — and Just Let Us All in on the Secret

Chrissy, who was hosting the brunch with Vita Coco Coconutmilk, says her daughter Luna doesn't quite yet understand the concept of big sisterhood. (She's not even 2 years old, so that's to be expected.) "She is in this weird baby stage," Chrissy says. "A really nurturing, motherly stage — and I think [all toddlers] get there, even when their mothers aren't pregnant. She's piling in baby dolls all into her strollers and pushing them around . . . Maybe I'm underestimating her, but I think when I start breastfeeding and this thing comes out, that's when she's gonna be like 'What?' Which I'm kind of excited for, because she's very much a daddy's girl, so I think that jealousy might be kind of good for us."

Offline, Chrissy is not unlike her Twitter persona: open, funny, and opinionated. I ask about her experience being on the receiving end of some particularly disturbing social media attacks in recent months, some of which have targeted her family. Is her refusal to delete her accounts or close herself off, in some way, an effort to send a message that moms and women can — and should — stick up for themselves? "Yeah," she says, lifting her eyebrows emphatically. "I might get moody every once in a while, like, 'Screw this! Screw all of you! You don't deserve me!' But that's not helping anybody. I think if anything, my love for justice is what really gets me on social media." Chrissy says that while her husband is able to read a nasty message and hit mute, she prefers blocking people — "because I like them to know they've been blocked."

Even so, Chrissy says she's not immune to getting sucked into the negativity. "I read so much — truly, like 99 percent to 100 percent of things. Really. I will click on that box that says 'show all comments,' the ones that they filtered. I think it's important for people to know that this reaches us. I think sometimes people are so busy and all over the place, they think the comment won't affect the person they're sending it to, but it really gets me," she admits. "I just have this thing where they must know they're wrong. What they said is unacceptable. You can't talk this way to people. I don't care if you're behind a computer."

TV
On Our Radar: Shahadi Wright Joseph Can Do So Much More Than Just Horror
by Grayson Gilcrease 2 days ago 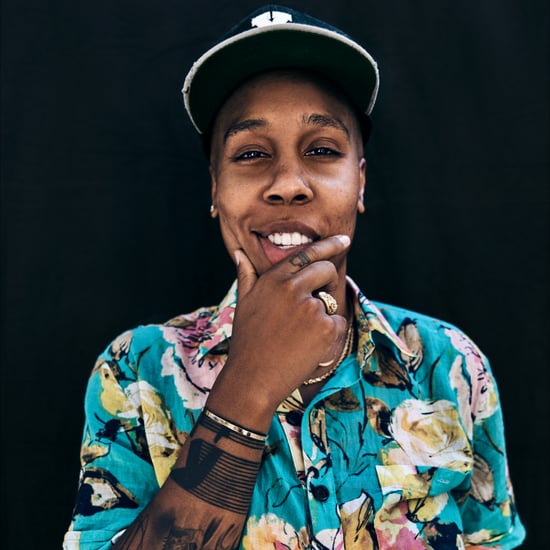 TV
Lena Waithe Wants You to Give Them a Chance: "White Male Artists Get Chances All the Time"
by Grayson Gilcrease 4 days ago 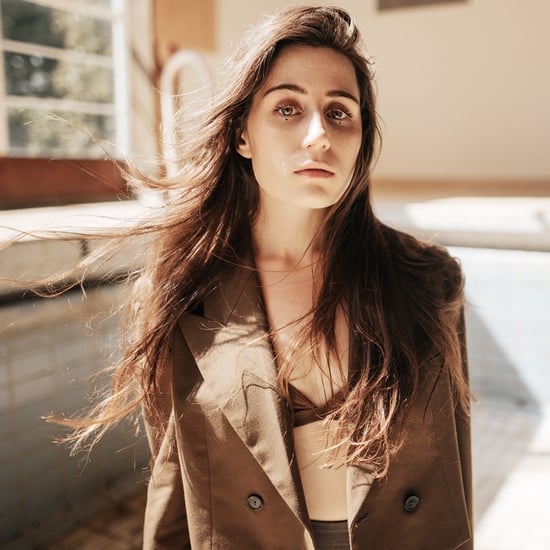