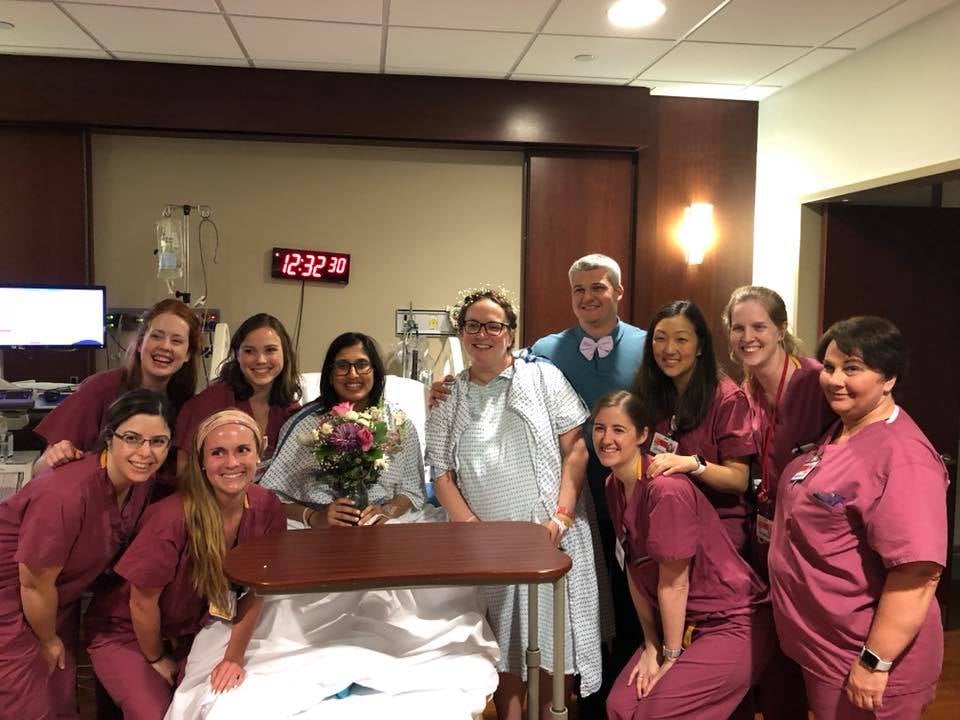 When Sushma Dwivedi went into New York Presbyterian Weill-Cornell Medical Center on May 16, she had one goal: to give birth to a healthy and happy son. But when Sushma was getting her epidural, she learned an interesting bit of news from her anesthesiologist: a couple down the hall was searching desperately for the hospital chaplain so they could get married before having their own baby.

Kim Savarino, a labor and delivery nurse who was there for the memorable event, told POPSUGAR exactly how the situation unfolded.

Related:
This Birth Photographer Shares the Most Memorable — and Jaw-Dropping — Photos From Her 100 Deliveries

"The Doyle family came in because her water had broken earlier than she thought," she explained. "Her plan was to get married in two days to her boyfriend of 10 years before they had the baby, but she was scheduled for induction because her water broke. When she got the news, she began trying to seek out the hospital chaplain so they could get married beforehand."

But because it was close to midnight, the chaplain wasn't exactly easy to track down. And once they did find him, the Doyles learned that he didn't have the capability to do weddings.

"The only catch: we'd have to move fast, because my epidural is kicking in and you know, labor."

That's when Sushma, an officiant, stepped in despite the fact she had just been administered an epidural.

"And that's where this got real interesting, real fast: I can officiate! The internet says so! Let me tell you about the Purple Pundit Project, I say! Minds. Blown. Clearly our stars have all aligned," Sushma wrote in a Facebook post. "The only catch: we'd have to move fast, because my epidural is kicking in and you know, labor."

Without further ado, the Doyles, Sushma, and the hospital staff got down to business with the wedding arrangements.

"Because [Sushma] had an epidural, the Doyles had to come to her room for the ceremony, which was a pretty hilarious sight," said Kim. "One nurse wrote a poem, another did a crown braid in the bride's hair, and thankfully, our hospital gowns are white. Her doctors found flowers on another unit and we put the baby's breath in her hair."

The nursing staff took it one step further by pulling out all the traditional wedding stops, from playing music to forming a bridal party.

"We kept the flowers as the bouquet and played wedding music, and the couple was married right there," explained Kim. "The nurses posed as the 'bridesmaids' for her pictures and it worked because we all wearing matching scrubs." 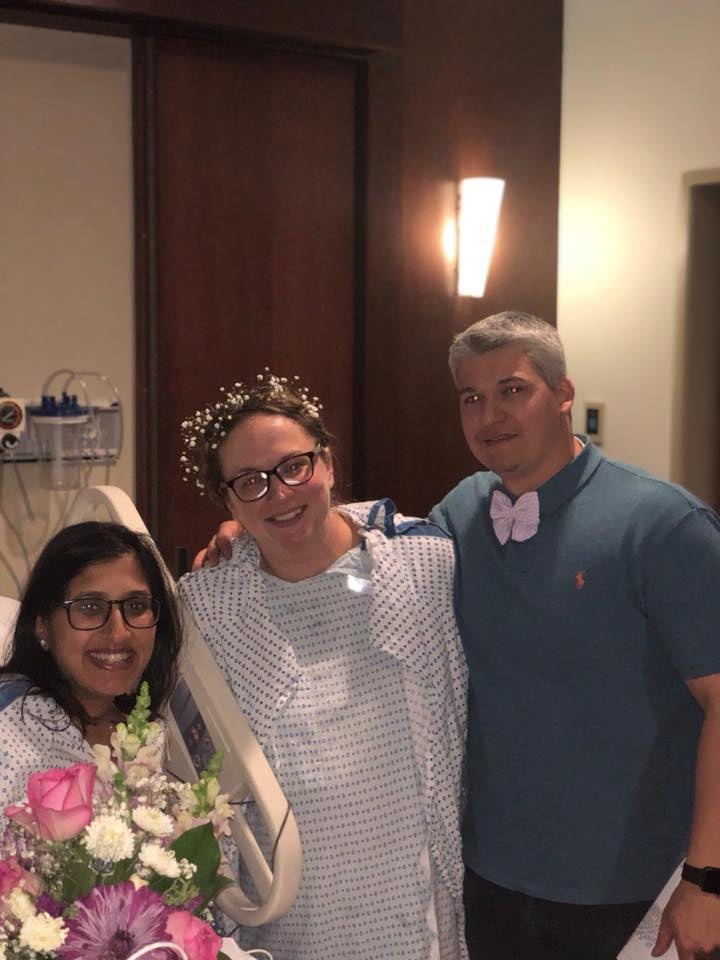 For Sushma, the experience was especially rewarding. After all, what's better than bringing a child into this world when you're surrounded by love?

"I can't say I've ever had a chance to actively choose [to] insert myself into someone else's love story," said Sushma. "But I was about to bring life into the world and I'll be damned if this kid didn't learn that when given the option, he should always choose love. It takes so little to do something kind for someone else."

Four hours later, Sushma gave birth to a healthy son, Nayan Raj, who had a "head full of hair" and his "first life lesson already enforced." As far as Sushma is concerned, she doesn't think her labor experience could've gone down any differently and is looking forward to spending time with her newborn. "I don't think it will ever get better than this." 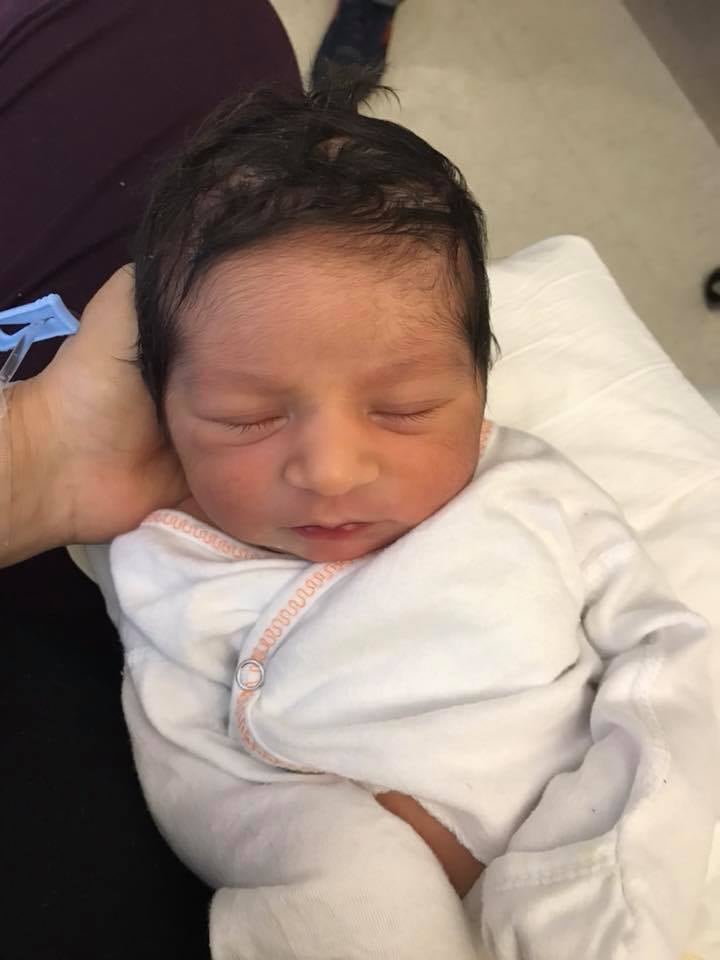