The following was syndicated from The Pepper Dolores for The Fatherly Forum, a community of parents and influencers with insights about work, family, and life. 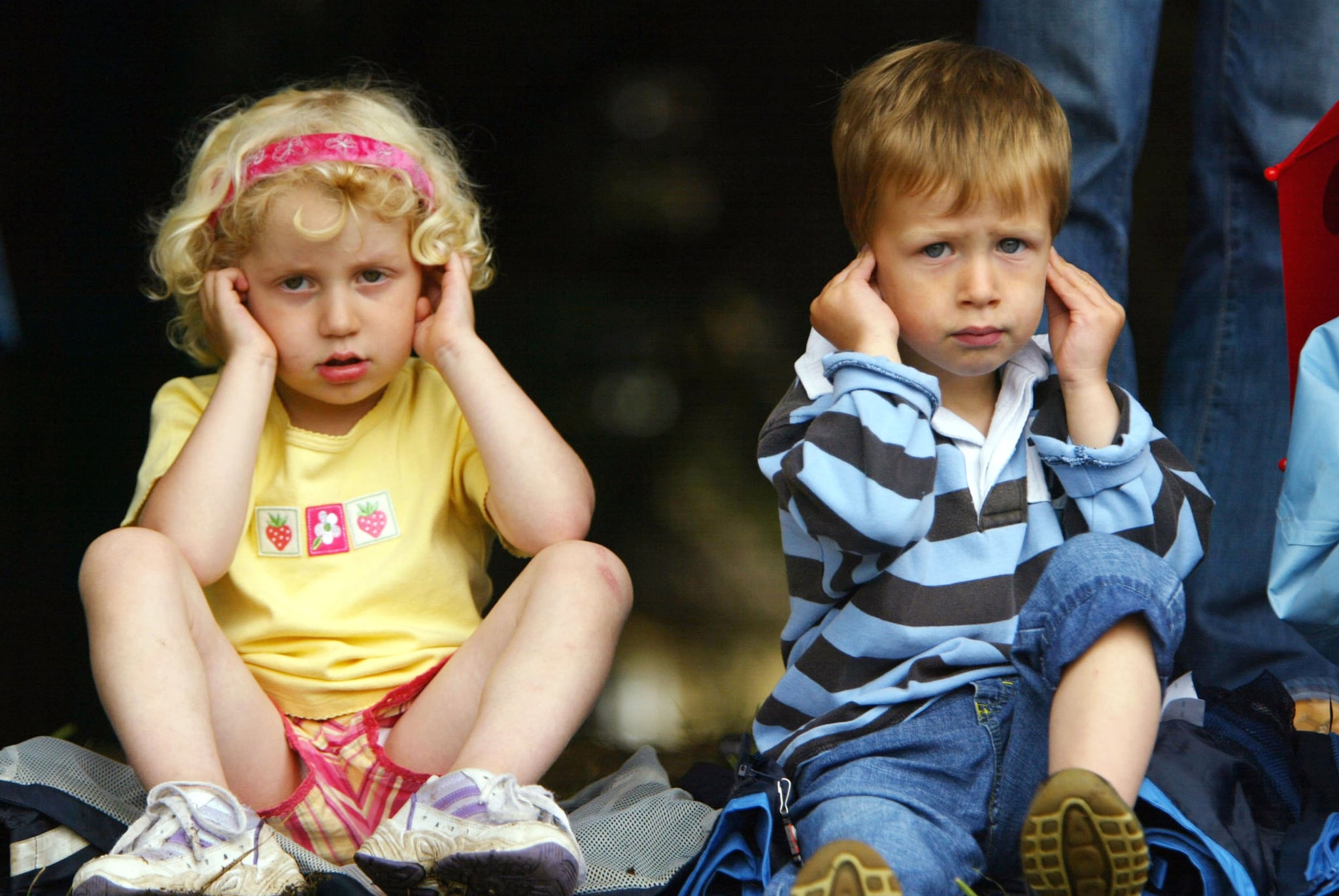 My wife and I are the parents of 2 daughters; one is 5 years old, and the other is 5 months, and occasionally we're kind of good at it. Sometimes we're not.

Our first born did the everyday baby things like waking up at night, crying more tears than a television evangelist, and pooping an amount that would hospitalize any adult. We rocked her to sleep and consistently asked each other "why's she crying?" And we cursed. A lot.

We cursed at night, we cursed in the day, we inserted curse words into sweet baby songs like "Twinkle Twinkle F—ing Star," "Mary Had a F—ing Lamb," and "Octopus's F—ing Garden." This cursing wasn't one sided. My wife and I were accomplices in our vulgarity.

We weren't calling the baby curse words or cursing at her. It's more like we were cursing out into the universe begging for some relief.

We looked for other techniques outside of spewing profanities like we're filthy comics at a 2 AM gig. We read parenting books, countless articles, and received wanted, and a hell of a lot of unwanted, advice from parents. We realized 2 things: learning to be a parent is almost as demanding as being one and there's no one way to do it.

We're making it up as we go, and so is everybody else. We're improvising. And our improv show is rated R.
There's so much "expert advice" out there it's impossible to remember it all. Especially when it's 3:18 in the morning and your baby is screaming like someone tore her limbs off. I remember specifically from one book that there is 5 S's. Swaddle, soothe, sway, shush, and I think the last one is shut the f–k up.

I'd use a guidebook if the baby wrote it. She had 9 months in the womb so you'd figure she'd want to be productive. Like when prisoners get their law degree while in the joint. Imagine the baby comes out of the vagina and shortly after there's an instruction manual penned by the one person who knows what she wants. Instead what comes out after is definitely not a book. Trust me, I checked. Regrettably.

So for 6 months with our first born my wife and I lost our patience, our cool, and at times our sanity. But it was between us. Our baby had no clue what was going on or what "f—ing sh*t" even meant. If she did, she would've taken the hint and got her own place.

Now we have a second daughter. Just shy of 6 months. And the cursing train is at full speed. The difference is our older daughter, who's 5 years old now, hears it all. She's a witness. She could rat us out at anytime.

My wife and I take turns putting the baby to sleep, and that's when things go off the rails. The baby becomes inconsolable; we curse our way through it until one of us passes out. Meanwhile, our 5-year-old is in the other room mortified by the coarse language pouring out of her mommy and daddy and has the look of a Vietnam vet who has been in the sh*t. Every once in a while, she parrots a phrase back to us.

It's funny at first, like that Indonesian baby on YouTube that smokes cigarettes. Then I worry it's going to be a habit.

We've explained to her that bad language is only for adults to use. That'll hold her off for a few years.

We try to keep ourselves in check, but it's f—ing hard. See, right there I didn't need to drop an F bomb in that last sentence, but it happened naturally.

Admittedly I feel good after a 4 AM cursing session. It's mediation, but louder. It's better than destroying property or becoming a hobo.

I don't think all this cursing is hurting anyone. But I don't know. I'm not a parenting expert even though everybody else is it seems.

Maybe we should just channel all this cursing energy and write our own book? Something with a title like, This Is A F—ing Parenting Book.

Until then, you'll find us soothing the baby to sleep with a snappy rendition of "Old McF—ingDonald."