My son fell over. This is my report pic.twitter.com/Jk7aU3v987

Toddlers are known to be a bit dramatic, which is probably why William Andrews knew that reciting his son's words after he "fell over" would be hysterical to video for Twitter. In the dad's "report," he explains that his 4-year-old didn't just fall on the ground but that he went hands first into a bush of sharp nettles — a common plant in England that features large, spiky leaves with stinging hairs all around them. Probably in actual agony, his son spoke surprisingly enlightening words as his dad carried him home — and William's poetic performance of said words has us absolutely howling.

After a brief explanation of what happened, William begins reenacting his toddler's moments of despair with pregnant pauses between each sentence:

Based on the last line alone, which mentions the cream, it's clear that this probably isn't the first time this poor little dude has had a run in with stinging nettles. While we definitely feel for him, we'd be lying if we said the combination of William's pausing and deep British accent weren't enough to make us listen to the story on a loop for 20 minutes, screeching with laughter and trying to catch our breaths.

Good luck getting anything done today — you won't be able to turn this video off. 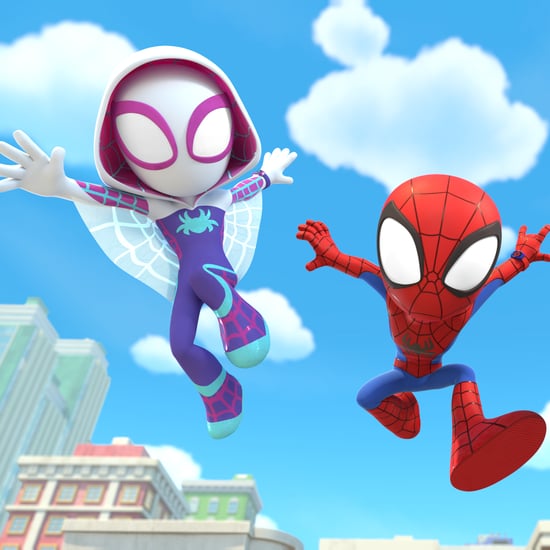 Disney Junior
Disney Junior Is Dropping a Marvel Show, Spidey and His Amazing Friends, This August!
by Alessia Santoro 3 days ago