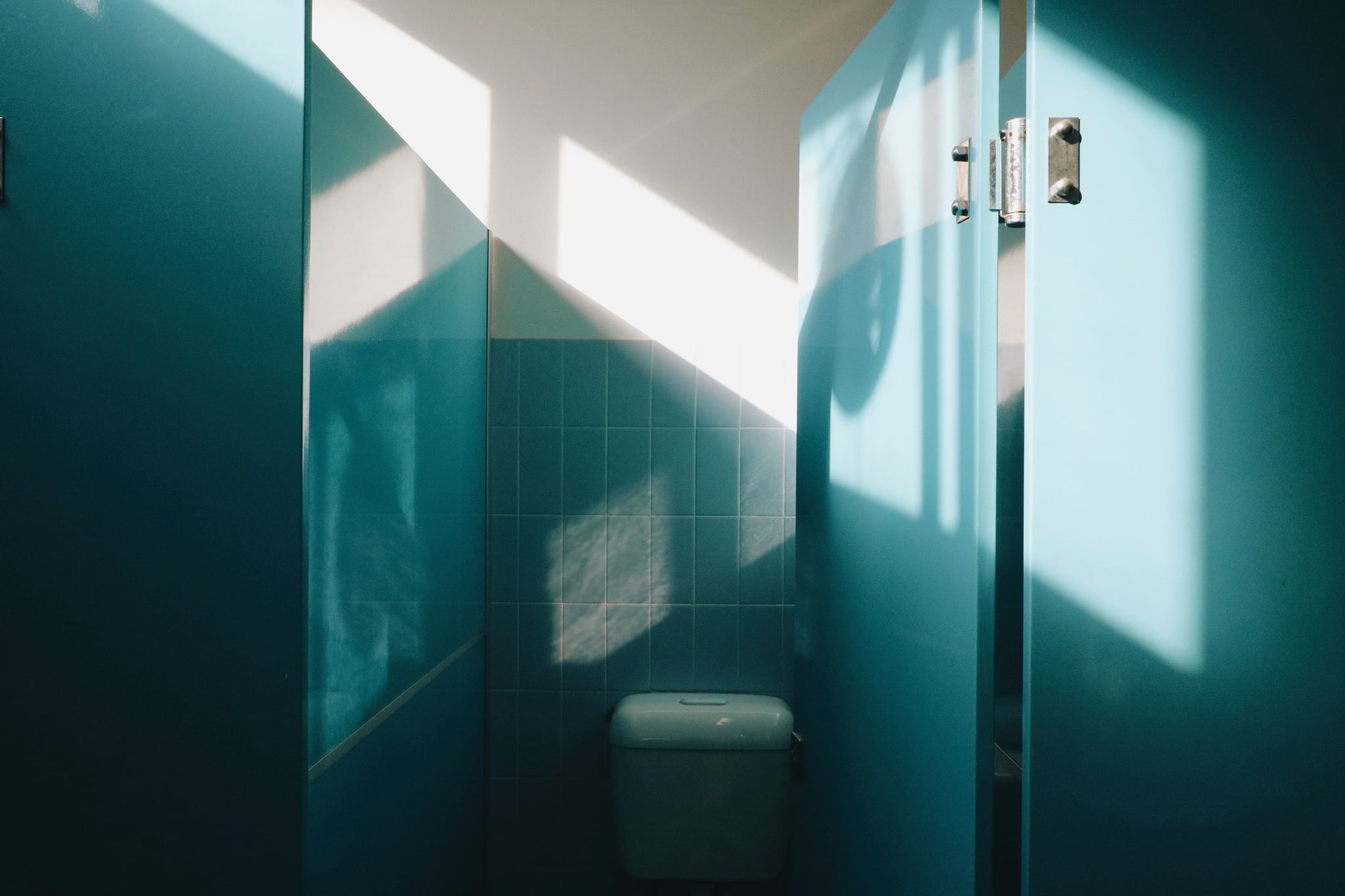 Thanks to my newly potty trained toddler, I am perhaps the prime demographic for a story like this one, but I imagine that everyone — if you can get past the visual of someone having diarrhea in a public restroom — will wholeheartedly enjoy this dad's tale of the ultimate parent-child role reversal.

Clint Edwards, the dad behind No Idea What I'm Doing: A Daddy Blog, was two hours into a 12-hour road trip with his family when they stopped at a gas station in Oregon. His wife, Mel, and two other kids remained in the van while he and his 4-year-old daughter Aspen went inside to grab some cornflakes.

"The man in the stall next to me was obviously holding back tears of laughter."

It was then that the diarrhea struck.

"We b-lined into the restroom, making it just in time," he wrote on Facebook. "I had no choice but to take Aspen into the stall with me. She watched as I struggled, Moana light-up crocs on the wrong feet, blue eyes wide and supportive, hands clapping. 'Good job, Daddy! Good job! You make two poops! Now three poops! I'm four!'"

What he learned in that bathroom stall is that his daughter is not only "the Richard Simmons of pooping," but that she was probably just returning the favor after all those times her parents cheered her on when she'd use the potty:

She's potty trained, sure. But she's also easily distracted, and prone to potty accidents. I suppose she's gotten used to the positive reinforcement Mel and I give her each time she goes. And when I'm cheering her on in our family restroom, it seems normal, even appropriate. But when the roles are reversed, it's just, well, awkward. Particularly in a public restroom where the man in the stall next to me was obviously holding back tears of laughter. Laughter that busted loose when she called me a "pooping-farting robot."

We stopped at a gas station in nowhere Oregon, two hours into a 12 hour road trip to a family funeral, when the diarrhea...

When the two emerged from that gas station and hopped back in the van, Clint with a small package of anti-diarrhea pills in tow, his wife asked what took so long.

"It was then that Aspen was kind enough to recount the story to her mother," he said, "clapping the whole time."