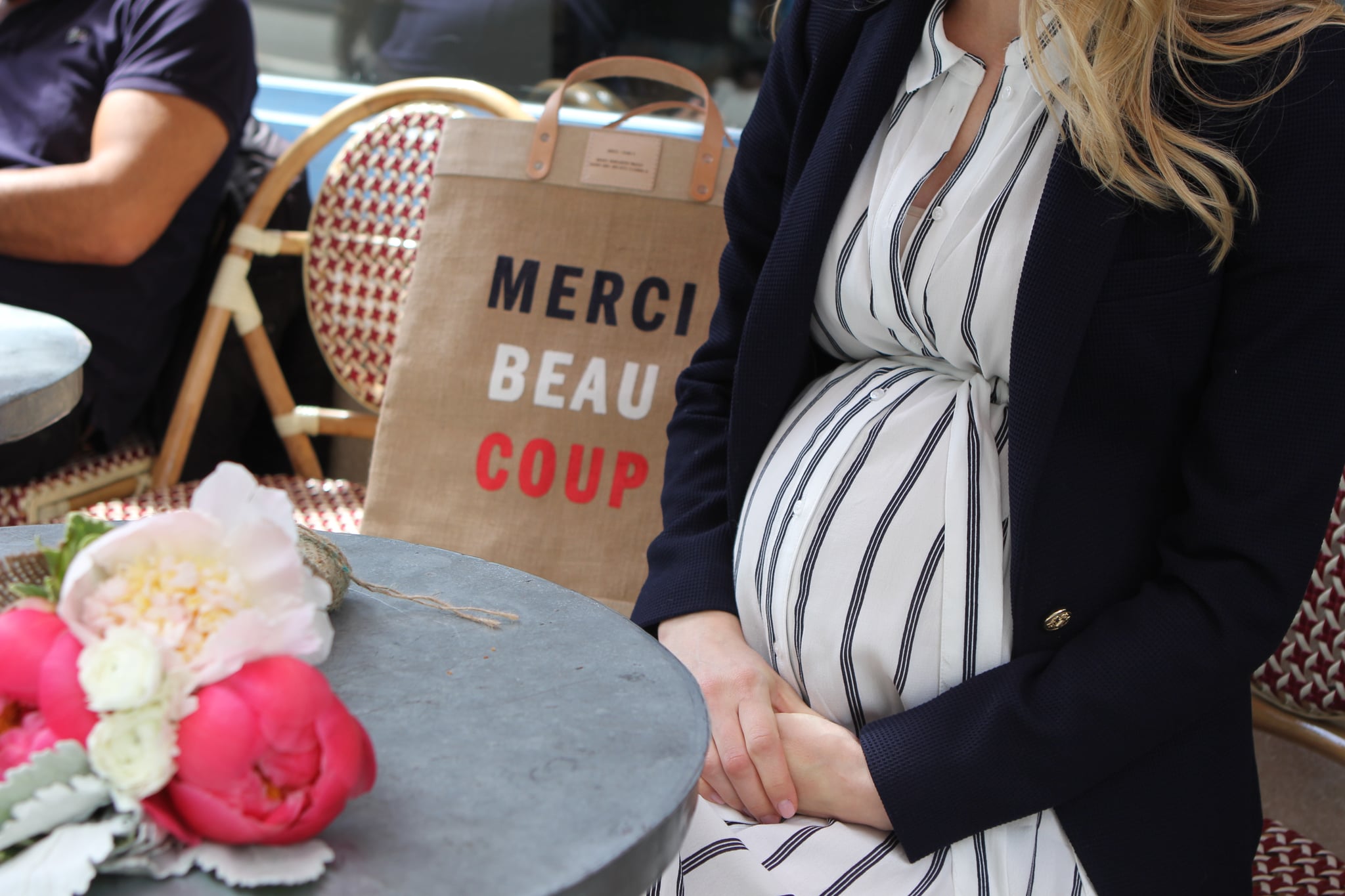 The road to pregnancy wasn't easy for me, and I've never felt so grateful for anything. But the truth is, some moments have been easier to welcome than others. Before I was expecting, I thought a lot about carrying a baby, and when the moment finally came, I felt fairly prepared, both emotionally and physically — at least, as much as you can be. For months on end, I thought about how my life might change, how my marriage would adapt, and how my career could shift.

Mostly, though, I thought about my body.

What would pregnancy feel like? How would it change me on the inside? On the outside? I was thrilled to carry a life and to grow, in more ways than one. There would be new and unfamiliar emotional territory but also swelling and puffing and rapid, unexpected expanding. (Oh, and some severe morning sickness.) I recognized that, and I embraced it. I had those internal conversations with myself. What I hadn't considered were the conversations with everyone else.

The thing is, I wasn't quite prepared for the many, many comments that other people would make about my looks and how jarring it would be to have so many people — friends, family, strangers — focusing on my body. In my third trimester, on any given day, I hear an entire range of comments. One moment, a Starbucks barista tells me I'm "tiny" for eight months pregnant, and the next, a cashier points out to everyone in line that I'm "huge." There's the well-meaning friend who told me I'm "carrying all that weight pretty well," the neighbor who said I'm "obviously built for this," and the random guy on the bus who said I look "really, really round" these days.

On the one hand, it means a lot for people to engage and to ask me about it. Pregnancy is a wild, amazing thing, and people are excited to watch that miracle happen and talk to me about the experience. When they say I'm "huge," I know it's meant as a compliment and that they're happy to see my healthy, growing belly. And that is what I waited months to hear. Pregnancy is something I've looked forward to for a while now, and every day it feels like a gift when I put my hand on my stomach.

That said, it can be tough, too. No matter what the circumstances, it can be uncomfortable to have so much attention on your body. You're already dealing with strange physical symptoms plus some nervousness and anxiety, so when you add on the slew of hormones, it's pretty much inevitable that you'll have days when you just don't feel like your best self. And on those days, it's hard to hear that you're "getting massive" and "bigger than I thought you'd be." Some days, you just don't want to talk about your body. At all. And that's OK.

Personally, I've tried to shift my perspective to understand that even the seemingly awkward comments are meant as compliments, and when I'm having one of those days where I just can't, I make a point to steer conversations elsewhere. It's as simple (and sometimes as hard) as that.

When I'm curled up in bed and marveling over the kick, kick, kick inside my belly, one tiny miracle after another, I feel nothing except hugely thankful.