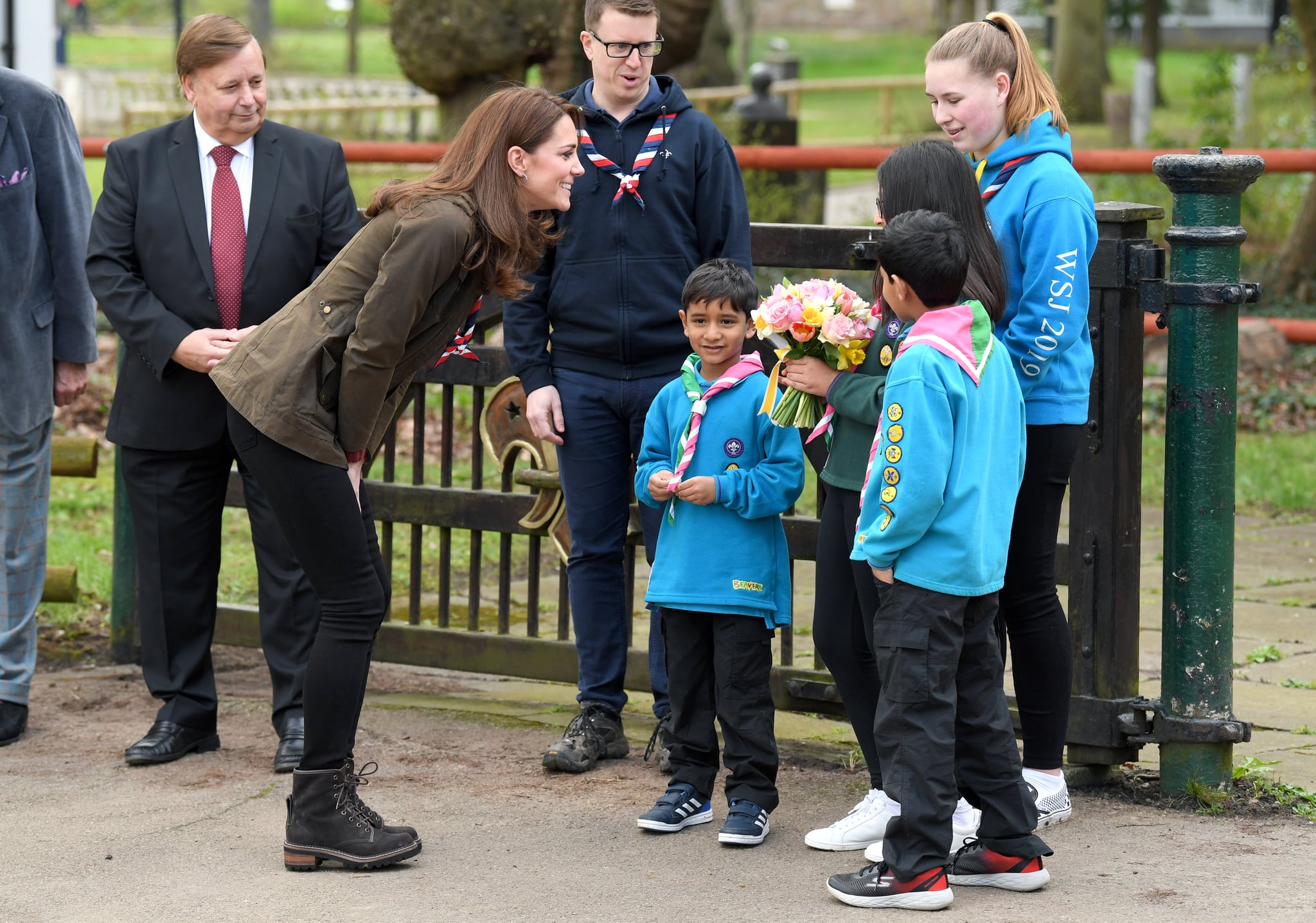 After visiting the Scout Association's headquarters in London on March 28, Kate Middleton may be enrolling two little adventurers of her own! According to a source, the 37-year-mom — who was a Brownie as a young girl herself — is interested in enrolling 5-year-old George and 3-year-old Charlotte down the road.

"She said she would like them to go into the scouting community because she loves what it stands for — that it's a very open and inclusive way into life," said Lauren Noble, a 14-year-old who showed Kate around. "She said it would be a great thing for them to get involved in."

Tahseen Patel, a 17-year-old scout who spoke with the Duchess of Cambridge about different cultures, explained that Kate thinks very highly of the organization.