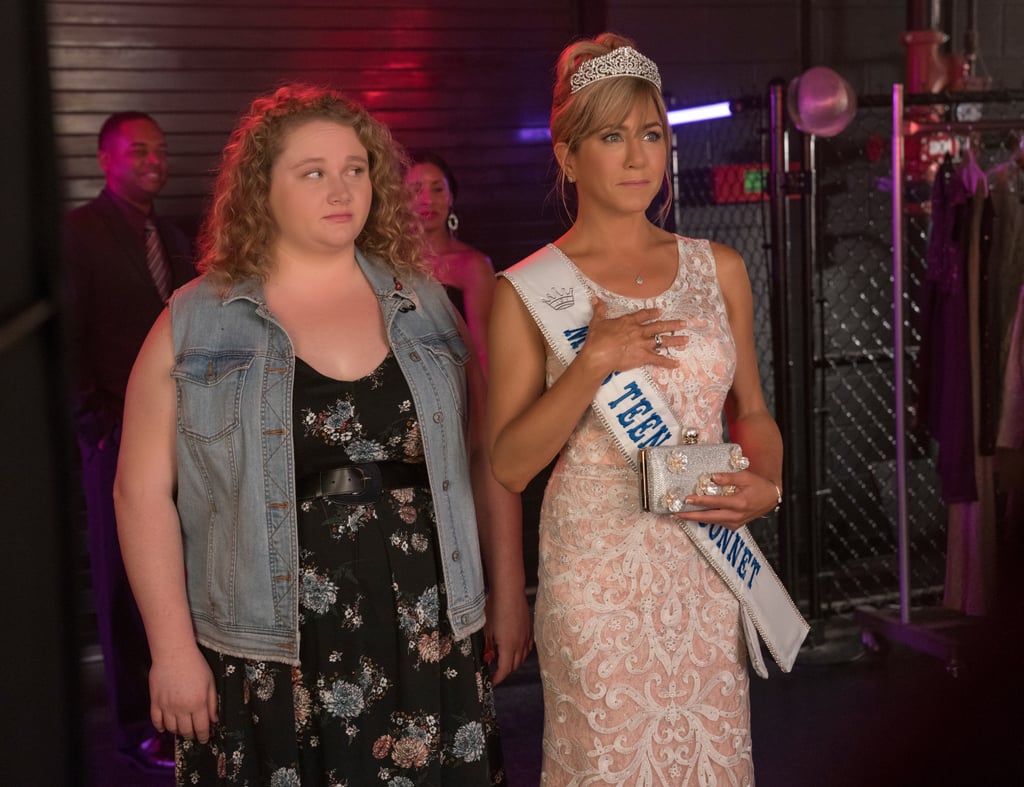 As soon as Netflix dropped its heartwarming original movie Dumplin' starring Danielle Macdonald as Willowdean and Jennifer Aniston as her mom, Rosie, we knew it was going to be an instant hit among families. Adapted from Julie Murphy's bestselling YA novel that goes by the same title, Dumplin' follows Willowdean — a plus-size high school student living in Texas whose mom is a former beauty queen — in her quest to take the pageant world by storm.

The romantic-dramedy is directed by Anne Fletcher and is leaving plenty of viewers in tears for a good reason: it's sweet as sugar. And a kickass soundtrack featuring the one and only Dolly Parton adds an extra layer of southern charm to the experience. While I admit to shedding more than a few tears watching the movie as a 26-year-old woman, is it OK for kids to watch?

According to Common Sense Media, the movie is best for audiences 13 and up. But do you really need to make your family wait that long to watch? We did the research for you and have some good news: you may not have to hold out for as long as you thought. Read through to see why.

Related:
These Adorable Tweets About Dumplin' Will Make Your Heart Grow at Least 10 Sizes
Previous Next Start Slideshow
Tweens And TeensNetflixMoviesDumplin'Kid TV And Movies