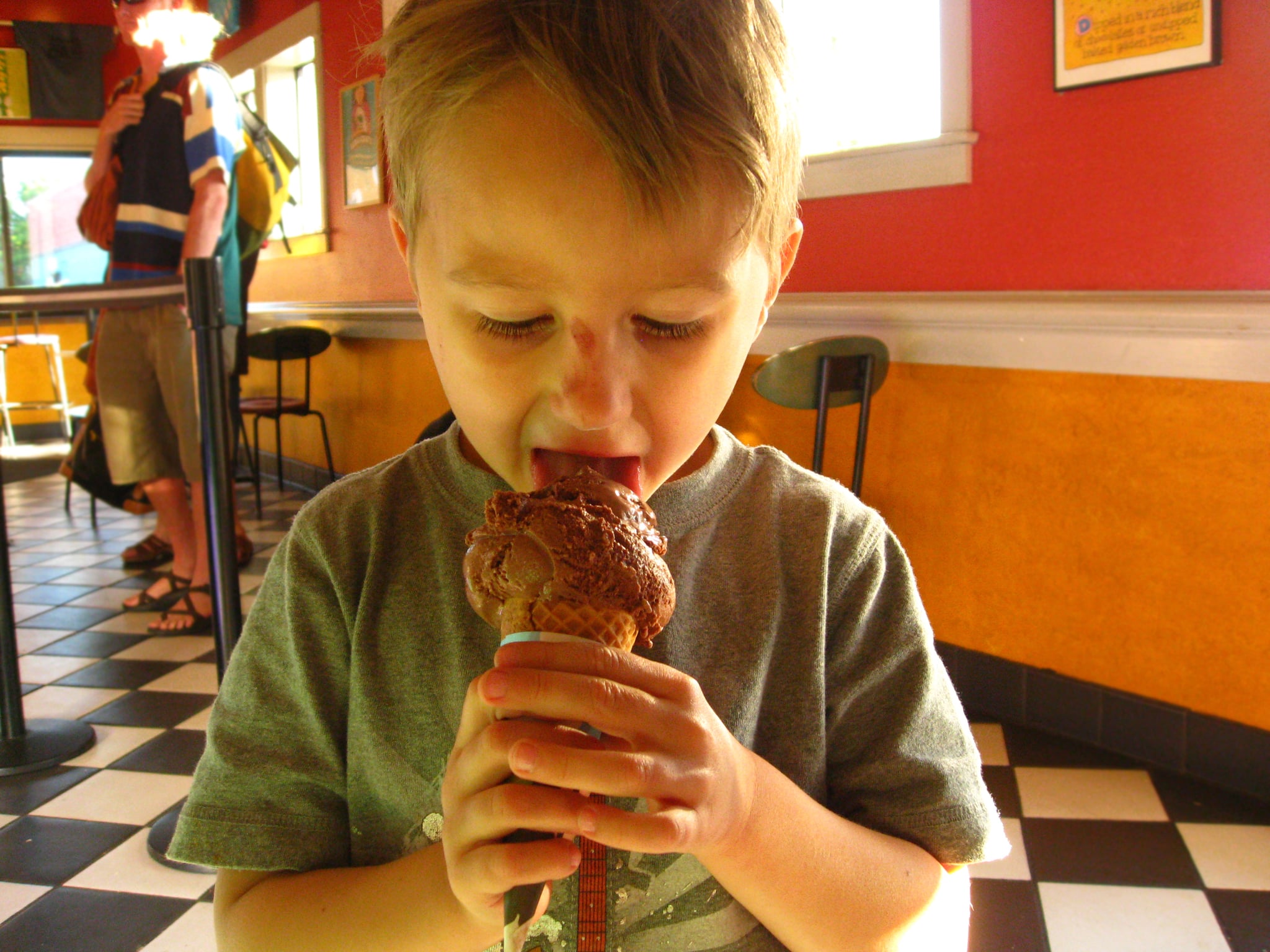 If you've ever had a kid begging to eat sweets for breakfast, maybe you can let them do it . . . at least once a year.

Eat Ice Cream For Breakfast Day — which just so happens to be today (if you stuck with bacon and eggs this morning, mark your calendar for Feb. 18, 2016!) — is a new tradition started by a Michigan family in honor of their daughter who died after a battle with cancer in 2010.

The 9-year-old Malia loved to have ice cream for breakfast, so they began doing just that every year on her birthday. This year, however, their touching story went viral after they created a Facebook page about the holiday and posted a photo, seen below. Soon, thousands of people began sharing photos of themselves indulging in ice cream on social media.

"For those close to us, it's still about celebrating Malia's birthday, but in grand Malia style, it's become so much bigger than our little family," Annette Peterson, Malia's mom, said. "There are now people literally around the world who are going to join us in eating ice cream to honor, cheer on, and remember all the childhood cancer warriors they know."

If you didn't have ice cream for breakfast, it's still not too late to take part. Although they don't raise funds, the family encourages fans to volunteer at a local children's hospital, donate to a worthwhile organization, or simply share photos. As their Facebook page announces: "The day exists to support the fighting, remember the resting, and party on with the survivors." So pick up a spoon and have a few scoops in their honor.

Travel
Is It Safe to Stay in a Hotel During COVID-19? Here's What the Experts Have to Say
by Kathryn Mayer 1 day ago