Listen! I'm not stopping with this until at least one blanket is procured!! We have the lead on one but I'm posting this...

Like many toddlers, Parker finds comfort in a "lovey" — so much so that his mother, Crystal Eldridge, panicked when his blue blanket covered in construction vehicles started wearing down. The 2-year-old is nonverbal and has autism, and his blanket — that has been with him since birth — is his sole source of comfort. Eldridge knew she had to find a replacement for the seemingly impossible-to-find blanket, so she turned to Facebook for help.

Knowing how powerful the online community can be, she messaged Christine Blackmon, who moderates a public page called Delicate Flower. "I have a 2-and-a-half-year-old son who is my absolute world," Eldridge wrote in a message to Blackmon. "Parker has autism . . . He is nonverbal and when he is upset and can't calm down, he snuggles his blanket. This blanket is his everything. His is getting very worn. I'm getting nervous that I'll never find a backup. Would you mind asking your followers if they have one?"

Blackmon posted a screen grab of Eldridge's message alongside a photo of the blanket on her page and reached out to her followers for help. "Listen! I'm not stopping with this until at least one blanket is procured!" she wrote. "I KNOW we can make this happen. If anyone can make it happen, it's you guys!!"

Within just a few hours, her post was updated to say that one was found and would be sent to Parker, but that didn't stop users from searching even more, updating each other in the comments. Before long, Eldridge had received two backup blankets in the mail and reports that Parker doesn't seem to know the difference between the original and the backups.

Crisis averted — snuggle time for Parker is a go!

Related:
ToddlersFacebookAutismTouching Stories
Around The Web 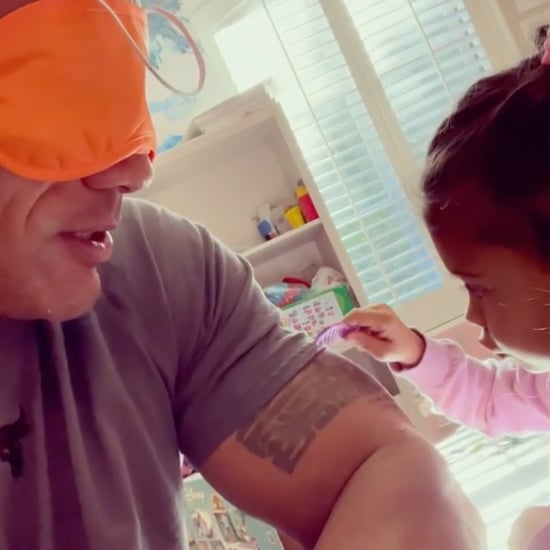