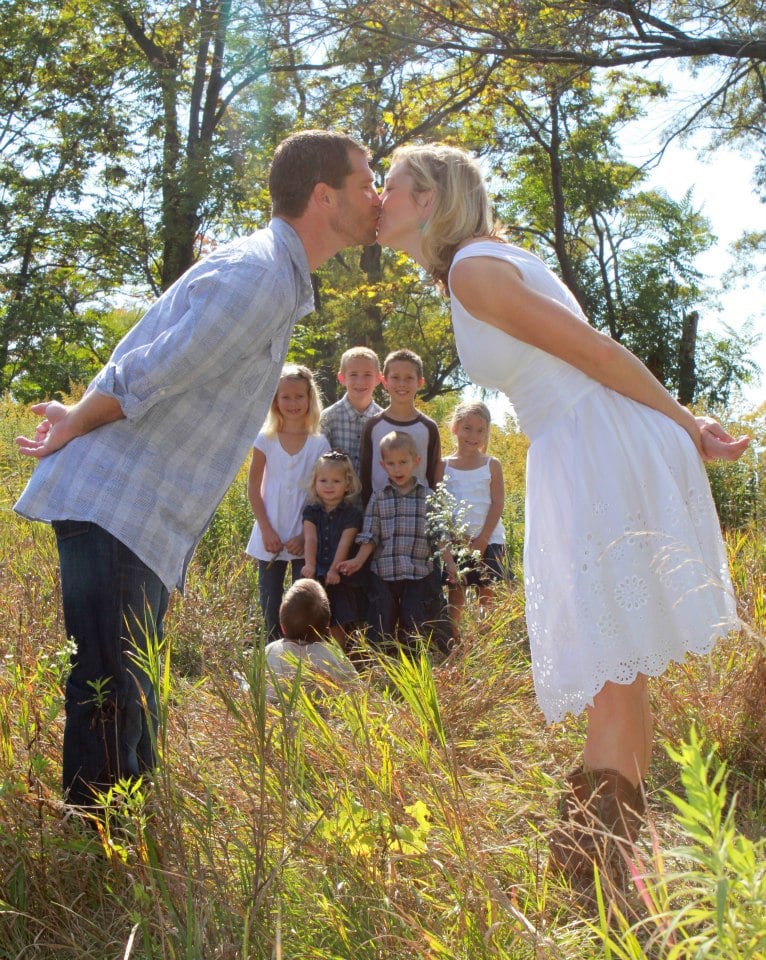 Jessica Ronne of Grand Rapids, MI, lost her husband of 10 years, Jason Crisman, to brain cancer on Aug. 24, 2010. Over 1,000 miles away in Guymon, OK, Ryan Ronne lost his wife of 11 years, Kaci, also to brain cancer four days later. Out of the darkness of these separate but similar tragedies, these two were brought together as a result of their heartbreak and given another chance at a joyful life.

Both Jessica and Ryan were blogging about their experiences with brain cancer when, the October after losing their spouses, a woman coincidentally reading both blogs sent an email to Jessica that would change their lives forever. Her email read, "There's this man in Oklahoma who lost his wife four days after you lost your husband and I just think you could be encouraging to him" — so Jessica sent Ryan an email. The night before receiving that email, Ryan prayed with his son — who had just asked that night, "Dad, when are we going to get a new mom?" — that if what he was supposed to do was open his heart to love again, to just send him a sign.

That was the beginning of their love story. Though neither was looking for romance, the widow and widower's connection was instant and undeniable, so after speaking for just over a month, they met up in person in Savannah, GA. By February 2011, Ryan proposed. The couple blended their families — Ryan's three children and Jessica's four — and are expecting a baby together this June.

The couple has adopted each other's children, and Ryan said, "The kids all just meshed as if they were brothers and sisters from day one. It's just amazing how they just took to each other immediately." The family of 10 has a lot to be thankful for and are living proof that sometimes out of the darkest situations there comes light and new beginnings. Jessica said, "It just feels right, all of it."