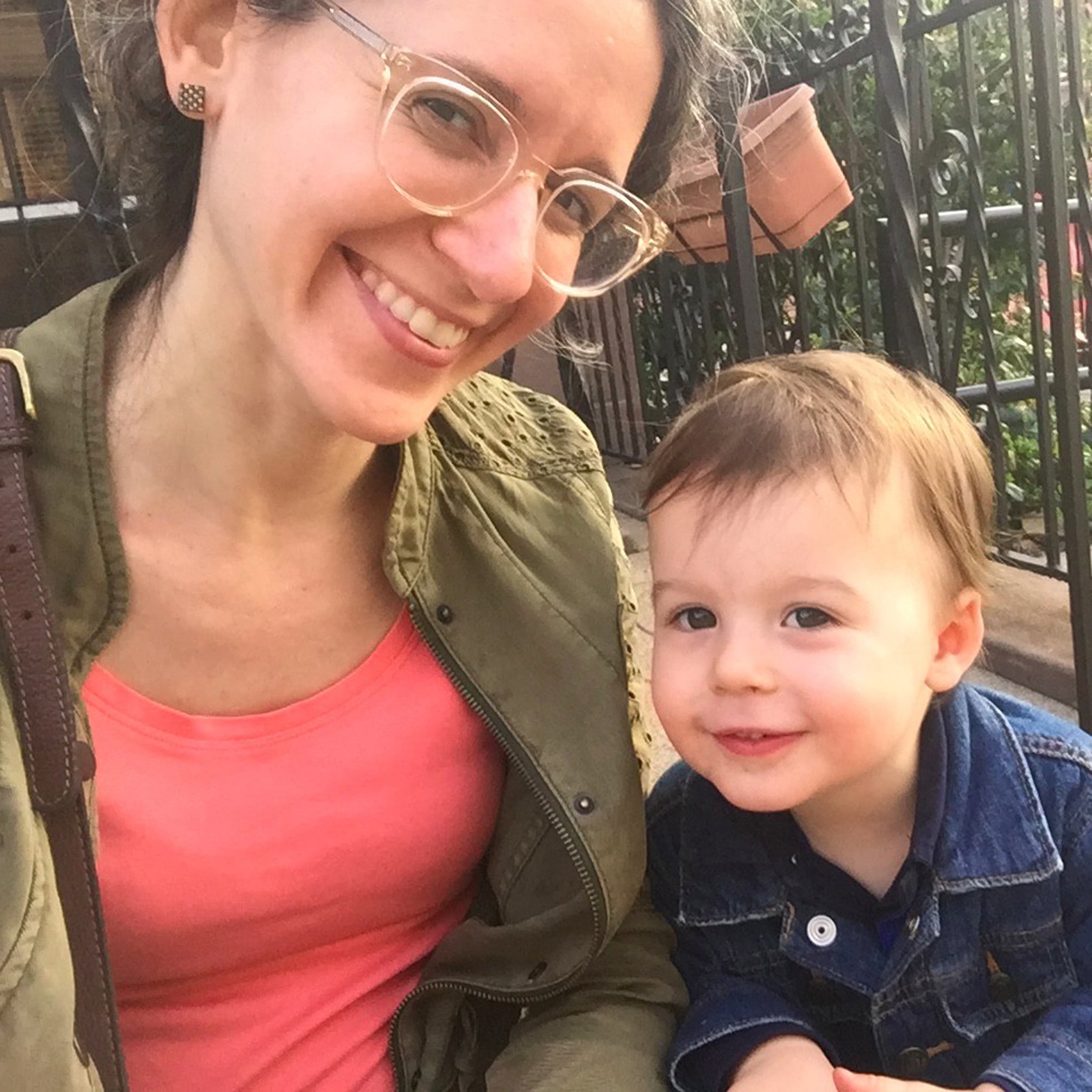 Last Mother's Day was my first as a new mom. Ever since my mother died when I was 20, I'd dreaded the holiday. But last year, even though I still missed my mom, for the first time in 14 years I also couldn't wait to celebrate. Cards, flowers, boozy brunch? Bring it on.

My husband knew my hellish history with the holiday, and gave me carte blanche on plans. I chose a family brunch in New Jersey — a chance to introduce our son to my mother's relatives.

Here's what I envisioned: a sunny, tree-lined, hour-long drive from Brooklyn to New Jersey, me freshly showered (for once) and in a floral blouse laughing at some joke my husband made, our baby snoozing peacefully in his car seat (waking only to pose for the perfect Instagram photo).

Here's what actually happened: I was so adamant about celebrating the holiday that I insisted my son did not have pink eye. (He TOTALLY had pink eye.)

More on that mishap later. First, in order to understand why I had pinned all my hopes on this one day, allow me to play you the montage of Mother's Days past:

Rewind 14 years earlier. It's my first Mother's Day with a dead mother. I'm 20, and my junior year of college has just ended. Ask me where I don't want to be: home with my depressed dad and silent brother. So, naturally, I ditch my family and go on tour with my punk band: four guys and me, their girl drummer.

Mother's Day falls on our drive between Canada and Michigan, and my view from the van is torture. Florists, gift shops, and family restaurants all advertise their Mother's Day sales. A Big Boy's electric sign shouts: "MOTHER'S DAY SPECIAL! MOTHERS EAT FREE!" The guys are hungry so we go in. I instantly regret it. The buffet of blueberry pancakes and greasy sausage, the never-ending tables of Mom, Dad, and their syrup-faced children — all of it leaves me nauseous. I want to scream at everyone, "I don't have a mother! I don't have a mother!"

Fast-forward through five more years of Mother's Days. My broken family spends the day with a full family: my aunt, uncle, and two cousins. It's the same crew we celebrated with when Mom was alive, only now it's somber. Extralong hugs from my cousins. My aunt saying something nostalgic while we pile dishes in the sink.

And then my dad gets remarried. So Mother's Days are spent with my new stepmother and her children and young grandchildren. The morning of is always the hardest part. How do I mourn my mother and celebrate the other? Cards kill me. Gifts seem taboo. I agonize over flowers, then overcompensate and buy too many — three or four bunches of tulips in coral and peach. They wilt in the car ride from Brooklyn to Long Island.

One year my husband shoots me a soft smile. "You know . . . this holiday won't always be a sad one."

I grip his words like a fistful of sunshine from the future. And then there we were on Mother's Day last year, with a 9-month-old baby in a highchair at our kitchen table.

Related:
A Letter to My Baby on Our First Mother's Day

"He has snot coming out of his eyes," my husband observed.

"He has a cold," I countered. "He's just so little that the snot needs more places to come out."

"He doesn't look so good," my husband said again, hesitating as we drove away from our Brooklyn apartment. I looked back at our son. He was fitfully falling asleep, mouth-breathing, snot leaking from every orifice.

"He'll be fine," I said with false confidence, unwilling to give up on the day, my day, that I'd imagined for so long. An hour later we pulled into the restaurant parking lot, and our son woke up wailing. His eyes were glued shut and oozing yellow-green slime.

"Call the doctor!" my husband shouted above the cries.

Our son's relatives met him at an arm's length, afraid to contract what was clearly the worst case of pink eye anyone has ever seen.

We skipped brunch and drove another hour home, with doctor's orders to bring him in the next day. Returning to our sun-drenched apartment, we were secretly delighted to have the afternoon to ourselves as a new family.

"Well, what do you want to do?" my husband asked. I chose a comfort movie from my childhood: Three Men and a Baby. A film about strangers trying desperately to fill the role of a missing mother; it seemed fitting. Unable to refrain from holding my baby close on this special holiday, I — obviously — caught his nasty case of pink eye. My first Mother's Day gift.

Most moms would call this The Mother's Day From Hell. For me, after so many miserable years mourning my own mother, it was by far the best. Later that week, my son gave me my real gift — saying the word I'd been longing to hear, not just for nine months, but for 14 years since my mother had died. The word said aloud and printed in cards that had been lost to me for what felt like forever.

by Britt Stephens 56 minutes ago