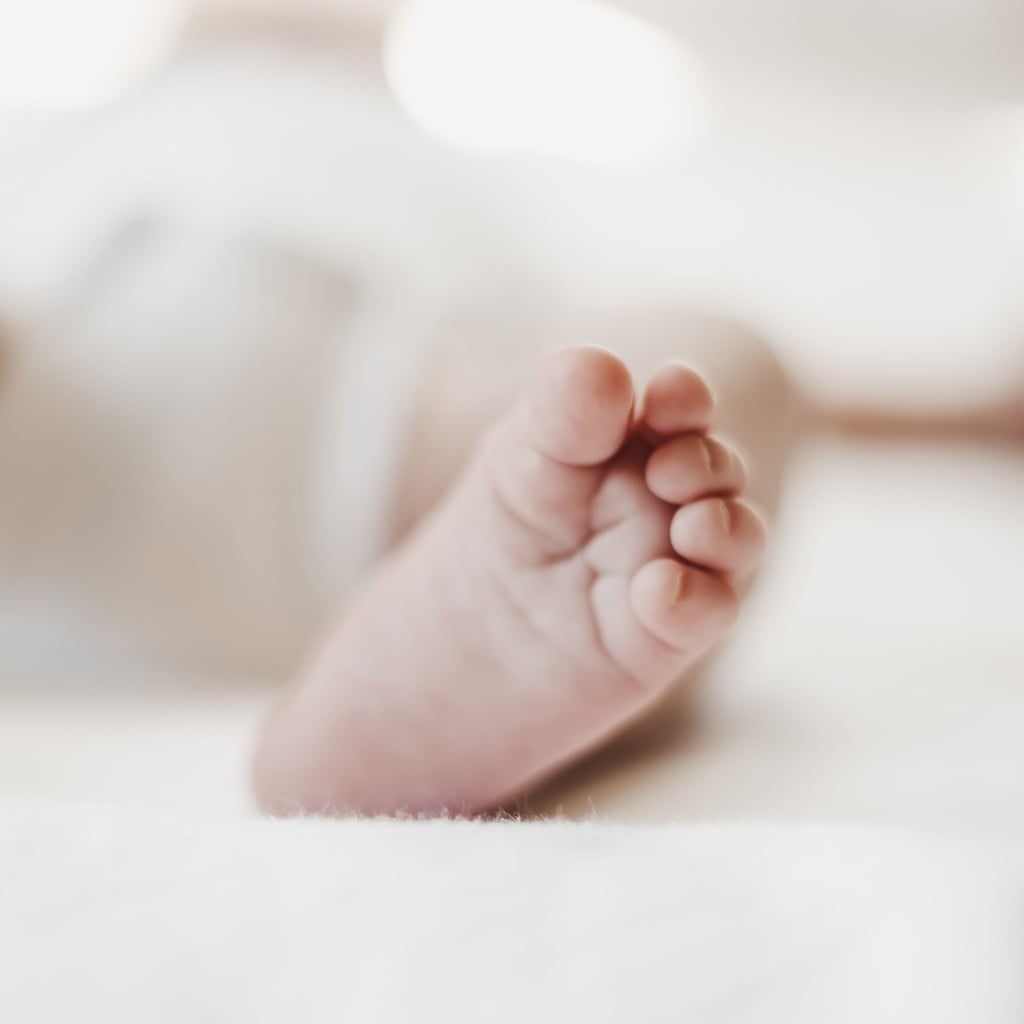 My husband and I conceived on the first try. I remember seeing those little two lines and thinking, "That was too easy." I had been on birth control since I was 16. How was it possible that we could knock it out of the park the first time up to bat? I was waiting for the other shoe to drop, and then it did.

When I was nine weeks pregnant, we sat in my midwife's office, and she asked us if we both wanted to receive genetic testing. "Sure," we said, "sounds good." This was our first pregnancy, and we knew virtually nothing about the norms or what to expect. We were just going with the flow and following our doctors' and midwife's advice. In fact, I purposefully tried staying off the message boards and Google. "I don't have a medical degree," I remember saying to someone lecturing me on "natural birth." I was more than willing to let our doctors do their thing, but when our genetic tests came back, that changed.

Related:
Should Expecting Mothers Opt For This New Genetic Test? Here's Why I Did

I was at work when I got the call from my midwife. My husband and I were both carriers for a genetic disorder called Smith-Lemli-Opitz Syndrome (SLOS). Even as she solemnly broke the news to me, I remained perplexingly chipper. But as the conversation continued, her tone remained somber and sympathetic. I only really remember snippets of the conversation. She mentioned how this disease had something to do with developing cholesterol and that it could lead to heart problems. (Heart problems; those are treatable, right?) We had to go see a genetic counselor who could tell us more about our options. (Options? What options?)

Kind of numb and definitely in shock, I called my husband, who was working in Dallas at the time. He set about booking the genetic counselor, while I immediately went to Dr. Google. SLOS is way, way worse than a heart condition. It is a mutation in the DHCR7 gene, which provides the body instructions for making an enzyme called 7-dehydrocholesterol reductase. This enzyme is responsible for the final step in the body's production of cholesterol, which is necessary for normal development and function.

But the worst part? There was no way to know the severity of his condition.

So, yes, SLOS can cause heart defects. But it can also cause malformations in the lungs, kidneys, gastrointestinal tract, and genitalia. It can be the cause behind intellectual disabilities and behavioral problems. And many infants with SLOS have weak muscle tone and experience feeding difficulties or failure to thrive. Suddenly the reason my midwife had sounded like her dog had just died made sense. This was serious. But the worst part? There was no way to know the severity of his condition (oh yeah, we also found out we were having a boy). Signs and symptoms vary widely, and while some cases only have minor physical abnormalities like webbed toes, some can be life-threatening with profound disabilities.

By the time our appointment with the genetic counselor came, I was so thankful to finally have someone give us some answers. She started off by walking us through the Punnett square (cue high school biology flashbacks) and explained that because my husband and I are both carriers of the SLOS gene, our son will have a 25 percent chance of inheriting the disorder, a 50 percent chance of just being a carrier, and a 25 percent chance of not inheriting the disorder or the gene. Laid out like that, it sounded promising that there would be a 75 percent chance he would be a perfectly normal little babe, but again, the genetic counselor was speaking to us in the most somber, serious tone. Anytime I tried to show the littlest bit of optimism, I got swatted down like a fly.

"OK, so there is a 75 percent chance he could be fine!"
"Yes, but 25 percent that he will have the disorder."
"OK, but he could still live a normal life, right? It's treatable in some cases."
"It looks like the chromosome your husband has is spliced, which would make this case more severe with a high fatality rate."

Now, please note: I am by no means an expert. Any and all information I have was taken from the internet or told to me by my counselor. But mind you, it seems as if no one knows anything about SLOS. In fact, our counselor was looking up the syndrome in a textbook as we were speaking, and I remember our doctor telling us we probably know more about SLOS than he does. Only one in 20,000 to 60,000 babies are born with the condition. How does that number vary so much? Many times, it goes undiagnosed. Since SLOS manifests so many growth defects, in most cases, it isn't the first diagnosis. And even more likely, the baby wouldn't even make it to full-term, making the number of people who are carriers of SLOS much higher than we think.

After our somewhat disastrous appointment with the genetic counselor (for which we were billed $850), we met with the "high risk" doctor at our practice. In a somewhat pragmatic tone, he helped us craft our game plan. At 16 weeks, we would get an amniocentesis, an invasive procedure where they extract amniotic fluid for testing. In three weeks, we would get the results. We would go from there.

Suddenly, at 11 weeks pregnant, all plans halted. I stopped telling people I was pregnant. We stopped brainstorming names. I stopped adding items to my registry. It was all just too sad and too depressing. I spent the rest of the first trimester going through the motions without any of the joy. I remember our doctor telling us we were the "poster children for genetic testing." And sure, on one hand I was so thankful we knew, but what difference did it make? Could I honestly terminate a baby I had already grown to love? Because yes, that's what everyone recommended. The midwife, the genetic counselor, the doctor — they all recommended termination. I remember thinking to myself, I would take on any challenge if it meant he could live a happy life. Anything is better than a baby who has no chance at all.