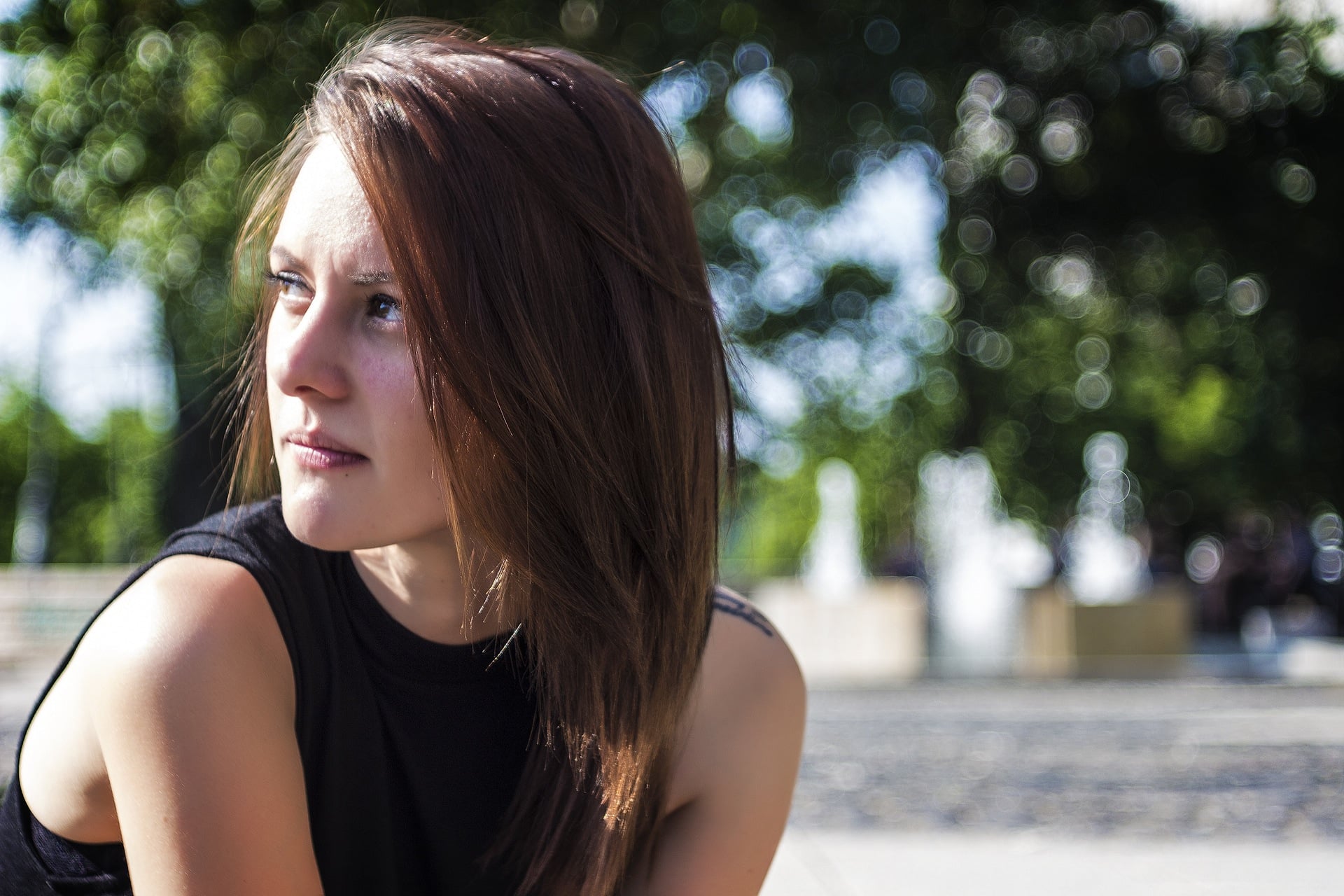 My breasts sprouted far too early and far too large for my small frame. I've often felt overwhelmed by their existence, and as an adult, simple tasks like hugging my child and squeezing past strangers on airplanes are fraught with awkwardness. They hurt when I run, and don't even get me started on the back pain. I've more than once wished I could just magically remove them and daydreamed about how wonderful getting dressed would be without that kind of baggage. It wasn't until they started hurting that I realized that what I should be grateful for was that they were healthy.

For the past six months, I've been having what I've dubbed as "phantom lactation" pains. Considering that I had stopped breastfeeding well over a year ago and am not pregnant, this has been a very disconcerting feeling. Throughout my day I would feel as if I desperately needed to pump with lightning-like pain radiating from my nipple. I would check to see if I was leaking, but there was no milk to be seen. It was all the pain of lactation with none of the benefit.

During my tenure as a breastfeeding momma, I got mastitis three times, each more painful than the last. Swollen, tender, and replete with trapped milk, I'd spend hours massaging them in the shower to work out the clogged duct. It's because of these experiences with mastitis and the phantom pains that I began to get concerned that maybe those bouts of inflammation had caused, or were caused, by something far more worrisome.

After an examination, my doctor suspected that the most likely cause of the pain was fibrocystic changes and that it was most likely benign, if not a little annoying and prevalent. Still, despite not finding any lumps, any time breast pain is involved, she recommended getting a diagnostic mammogram to make certain.

Being on the young side of my 30s, the prospect of having to get a mammogram was not a comforting thought. I had at least another 10 years of living it up before I had to start having regular checkups. In the office to get my mammogram, I was the youngest woman there by far, with the exception of someone whose head was smooth and was wearing a neon pink shirt that proudly and rightfully displayed the phrase, "I survived!" It was a stark reminder that while the chances were slight, there was still the possibility that my phantom pain presented a very real problem.

It was a stark reminder that while the chances were slight, there was still the possibility that my phantom pain presented a very real problem.

I was escorted into a changing room where I was given a white waffle-weave cotton robe not too dissimilar from the ones I had worn previously while at a day spa. It was thin and rubbed against my braless chest, and I spent a lot of time tugging it down since I had worn a dress, not pants, to the appointment and needed the robe to cover more than it was designed for.

The technician escorted me to the examining room, where I was greeted by two large machines: one that was tall with clear glass plates and foot pedals below and another that looked like the control center to a fictionalized space ship. She directed me to my station, where I would be for the next half hour. Rotating between three different angles, 45, 90 and 180, my breasts were flattened and squashed between the two plates. Because I didn't know what to expect, I was expecting the worst (maybe it's the pessimist in me). Surprisingly, it wasn't so much painful as it was uncomfortable, like the pressure from a really tight sports bra.

The cramped feeling lasted for at most 10 seconds, and then it was onto the next position. Being nervous and unfamiliar with the process, I kept wanting to help the technician by placing the breast on the plate or turning my body, which only made the whole situation take longer. Eventually I realized that it was best for me to let her direct me, as if I were a child's doll being moved into position. For each photo, I was told to hold my breath and remain very still, not an inaccurate metaphor for the whole experience.

The slides were printed and given to the doctor, who I never saw, as if they were the Wizard of Oz behind the curtain. After waiting for a little while, it was recommended that I take a few more photos, this time with a smaller plate. My slides were placed on the screen, and there I could see four or five spots that had been circled to denote that a closer look was needed. If my nerves had been steadied, they were instantly made jittery again as I disrobed for the second time and took four more x-rays. I'm not sure if my breasts were just over being manhandled or if the process was different, but this time was far more uncomfortable verging on painful.

Once those photos were taken, I was directed down the hall to receive an ultrasound on my breasts. Using the same type of plastic-smelling goo that they had used on my belly when I was pregnant, they squirted the liquid on my breasts and began to search. This closer look allows for the doctor to tell whether or not lumps and spec in the x-rays show cysts, or hard lumps, or water sacks. Essentially, it helps be more specific with what they are looking at. This was painless and truthfully was pretty relaxing. I was left to lie on the table, careful not to wipe any of the gunk off my chest, while the technician left to show the new set of slides to the doctor.

Waiting is always the hardest part, and this time was no different. I had been told at the beginning of the process that I would receive an update by the end of the session, but I hadn't quite prepared myself for what that truly meant. In the span of just over an hour, I would know whether or not I would be faced with one of the hardest situations a person can deal with. Thankfully, the slides looked clear, and I was given the freedom to leave. I have never changed back into my clothes so fast as I did in that moment, grateful that I would have another 10 years before I needed to come back.

Personal Essay
I Tried Schwarzkopf's First Dye For Textured Hair, and the Results Were Surprising
by Tracy Achonwa 13 hours ago

Family Life
My Mother Was Always Melancholy In September, and Now I Understand Why
by Kate Schweitzer 15 hours ago