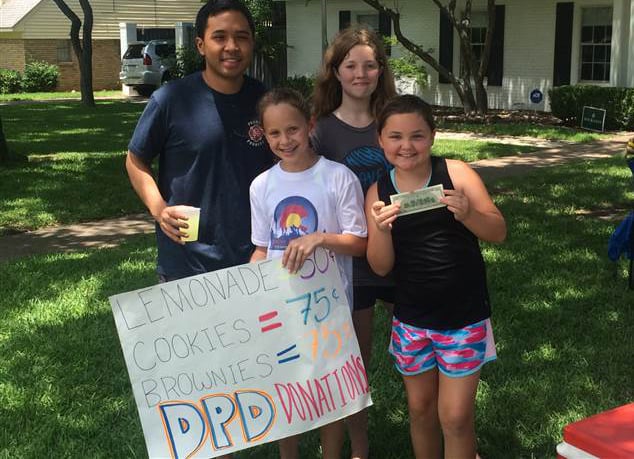 When two young girls set up a lemonade stand to support the families of the fallen Dallas police officers, they hoped to raise $100.

The girls collected that shocking sum of money in just two days, and they didn't even run out of provisions.

And that's just what the girls had hoped to do when they dropped off a check at a North Dallas police department.

"We felt really bad for all the victims' families," Lauren said. "We just really feel that every little penny counted."