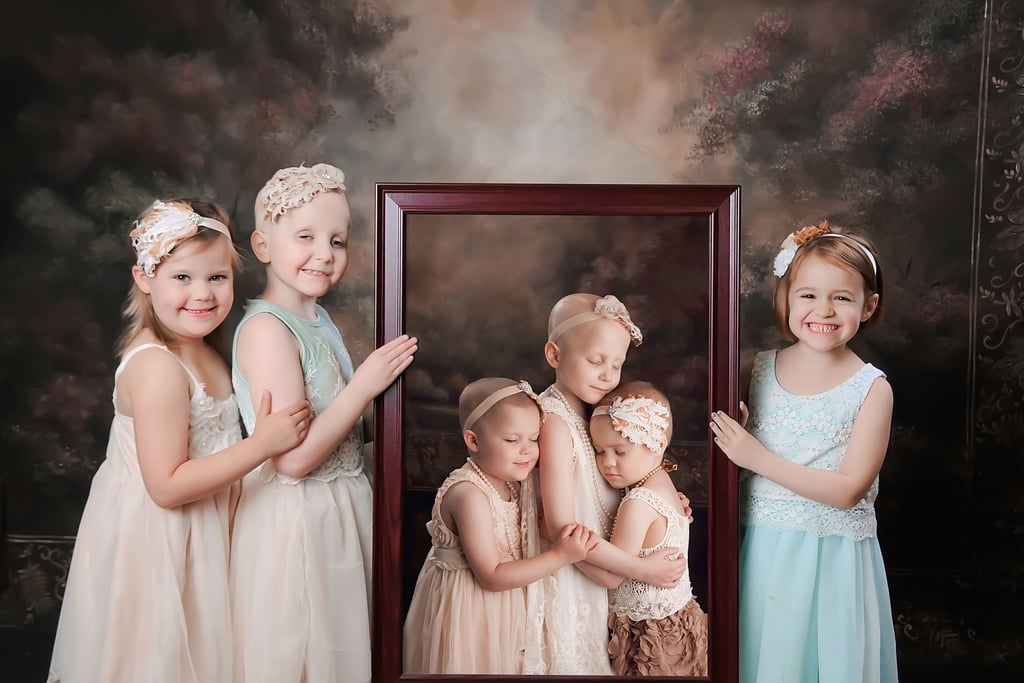 This Is What Happened When Cancer "Messed With the Wrong Princesses"

In 2014, Rheann Franklin, Ainsley Peters, and Rylie Hughey, met for the first time, but they already had something in common. Each child was battling cancer, and the young girls found support in knowing that they weren't alone. The new friends posed for a powerful photo that quickly went viral for being as heartbreaking as it was inspiring.

Since then, the girls who are now ages 10, 8, and 7 are thankfully cancer free, but one thing hasn't changed: their tradition of reuniting yearly to take photos in an effort to raise awareness for childhood cancer. "We try to do something a little bit different each year," Lora Scantling, the Oklahoma photographer who has captured their courageous photos, told Today. "[The girls] have a very special and amazing bond that is just incredible to watch! Every time we do a new updated picture the world goes crazy . . . You can see how they have changed and grown, and they look happier and even healthier each year."

Related:
Toddler's Question After Learning His Baby Brother Died From Cancer Will Destroy You

At last year's shoot, the girls represented the fight against cancer with gold glitter and a gold ribbon. They also explained that while cancer is like a dragon in your body, chemo is the prince. But most importantly, Rylie clarified that "Cancer messed with the wrong princesses."

At this year's shoot, the girls appeared with a special addition — 3-year-old Connor Lloyd, who was just diagnosed with acute lymphoblastic leukemia. "Connor will be in treatment for another three years, and yet he's always so happy and brave. Just like the girls, he's an inspiration," Lora told PEOPLE. "I'll keep taking this photo every year for as long as they want me to. They're inspiring to all of us."

Tweens and Teens
These Parents Had a Gender Reveal For Their Transgender Daughter, and the Photos Are Stunning
by Murphy Moroney 17 hours ago

Healthy Living Tips
Here’s How Ginger Can Help With Migraine Symptom Relief, According to a Doctor
by Victoria Moorhouse 22 hours ago

Video games
A Minecraft Cereal Is Coming in August, and We Can Already Hear Our Kids Crunching
by Alessia Santoro 14 hours ago

Healthy Living Tips
When You Need a Moment of Calm in Your Yoga Practice, Turn to These 3 Poses
by Victoria Moorhouse 2 days ago