The other day, I went into Target to look at Legos. I thought, maybe 5 is a good time to start my child on the builder sets, the ones with smaller bricks. We normally buy our toys online, and I avoid the toy section when in the store with my kids, so I was a bit surprised to find that there are two separate aisles of Legos in our Target. One is girl stuff — the Friends line and Lego Creator (mostly vehicles but a few animals and structures) and some other pink-washed girl toys. The other aisle is boy stuff — think Star Wars, Chima, Lego City. I don't really recognize any of the Lego lines; they're not the Legos of my childhood. The builder sets look nothing like the Duplo line, which is still made of simple primary colors and neutral figures. I was incensed. Apparently age 4 or 5 is when boys suddenly morph into conflict-crazy battle captains and girls want nothing more than to play with hair salons and shopping malls?

Lately the whole divide has been driving me crazy — when you have girls and are not a particularly "girlie" girl yourself, the bombardment of pink is exhausting. I tried to make my peace with it, but certain brands sell the ugliest, pinkest versions of pink — think bubble gum and Pepto-Bismol. Retailers don't seem to grasp that there could be nuance to something like pink. What's worse is that girls' clothing tends to be lightweight and flimsy, as if girls don't move or go outside. It is much more fitted, making sizing a regular nightmare if your child has longer limbs or baby fat. These are babies! And it's not easy to cross the aisle — the boys' pants are cargo-ed out and shirts are covered in trucks and balls that tout BOY. I dream of a children's store that does not have a boy side or a girl side.

It seems to be the same with toys. Why, at such a young age, do our children have to be sold such narrow representations of their gender? Even if these Legos are aimed at older children, say 8 to 12, what girl that age spends her time shopping? Most girls I know do school and sports or some other type of fun activity. They listen to music and play with their friends — pretty much what the boys do. And why, as a parent, do I have to choose between the toy aisles? In our house, we don't have a ton of gendered toys yet — we have blocks, trains, dolls, kitchen sets, and art — and yes, you can buy plenty of toys that aren't pink-washed. But my point is that toys now gender our children, at an age when their sex says very little about who they are and who they will be — at least biologically and socially. Yet culturally, we are stuck on gender as being THE defining characteristic of one's future, and it sucks!

I've been reading about gendering and children since I overheard my daughter — not yet 5 — throw off a jacket because it made her "look fat." Clearly the child is receiving certain cultural messages before I am ready to handle them. She won't wear a sports jersey to school because she says the boys make fun of them if they wear dark blue or things with balls on them. I don't know if this is true, or her own fear, but they all seem highly aware that gender is an important social category. But what does this mean for childhood? And why have we made boy and girl such narrow categories? Does it sell more toys? Does it change their development?

I don't really know yet, but here's what I do know. What science says:

Girls and boys are much more similar to each other than different. Personality and temperament are not gender specific. If you have two children of the same gender, you know how huge the differences within gender can be. With regards to temperament, there are only differences in "inhibitory control" and "surgency," which means that boys are slightly less able to suppress inappropriate responses and slightly more exuberant than girls.

Math Ability/Performance:
A study in 2008 found no discernible math differences, which earlier studies indicated. When standardized tests from 2005 to 2007 were analyzed, there were no gender differences in performance. Recent studies have shown that girls feel more anxious about math and less confident than boys — even as they are earning higher grades in math.

Verbal Abilities:
Difference in talkativeness is negligible. Girls tend to develop language ability earlier than boys, so at age 2 and 3 you see this, but it does not translate into long-term differences. Some studies show that girls and boys use language differently — girls are more likely to use "affiliative speech" — agree with conversant or offer praise — whereas boys may use more "assertive speech" — give information, disagree, offer an opinion.

Boys and girls share 99.8 percent of their genes. The male brain is slightly larger. Girls' brains finish developing earlier, when they undergo puberty, but this does not translate to different adult abilities. Girls and boys have different hormonal surges during development, during childhood, between 4 months and puberty. Boys and girls do not differ in hormone levels, including testosterone, estrogen, or other sex-related hormones.

Children do form gender stereotypes based on the way we define and label girls and boys. For example, they will assume that girls can't do boy things and boys can't do girl things, or that firemen and policemen are jobs only held by men. By gendering our children so early, we are limiting how they think and who they think they can become.

Summaries of research taken from Parenting Beyond Pink and Blue by Christia Spears Brown, PhD.

Family Life
After Growing Up the Oldest of 12 Kids, This Mom Made an Adulting Basics YouTube Channel
by Chanel Vargas 23 hours ago 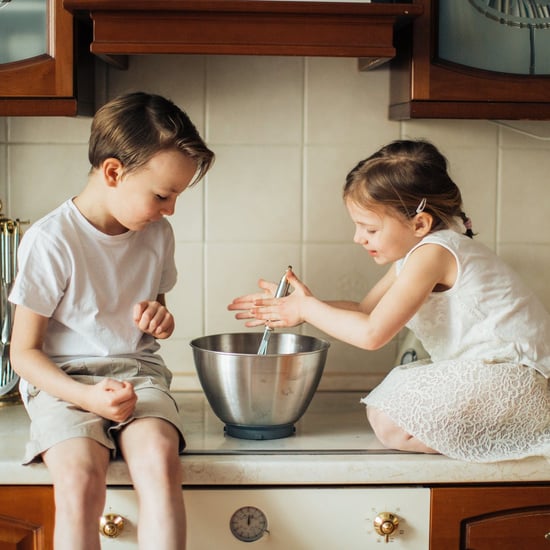 Parenting
My Son Discovered a Love of Baking, and It's Made Staying Home So Much Sweeter
by Angela Anagnost-Repke 3 days ago 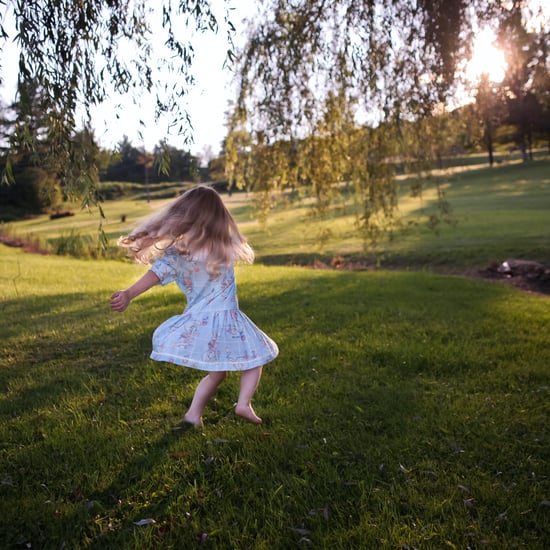 Parenting
During a Pandemic, the Last Thing I'm Worried About Is My Daughter's Hairstyle
by Lauren Manaker 3 days ago