No one tells you how quickly dogs age. How one day you wake up and suddenly their face is all white, how their eyes...

My dog turned six this past January, but somehow I celebrated her birthday thinking she was only entering her fifth human year. When I realized my mistake later that night, I started crying. It was a mix of guilt — for being so overwhelmed by raising two human babies that my first-born fur baby was clearly not getting the attention she deserved — and despair. Because just like that, she was another year older, and for the first time, she was starting to show it. Her snout, once pitch black, had more white hairs than dark ones, and if you were to do the math, in dog years, she'd officially surpassed my age. I broke down when I realized time was just going to keep moving faster and faster for me and my beloved pup.

I know I'm not alone in feeling this way.

The human behind the Facebook page of an adorable fox named Juniper summed up the emotions of pet owners just like me, and it should be required reading for anyone with an animal at home. Yes, it will likely incite tears halfway through the first sentence, but by the last one, it's an essential reminder to not take our dogs (or cats or turtles) for granted. Not for another day — and definitely not for another year.

Be sure to share this reminder to "cherish the dog" to all the animal lovers in your life:

No one tells you how quickly dogs age. How one day you wake up and suddenly their face is all white, how their eyes start to seem more milky than before, how you have to call their name a few more times than you used to.

People tell you not to blink when you have children, but what about the dog who was with you before your children were even thought of? The dog who was by your side before you found the love of your life, the dog who jumped from apartment to apartment in your early 20s. No one tells you to cherish every moment you have with them . . .

Cherish the dog. The one whose been there through every break up and every dumb fight with your best friend. That dog who slept in the bed with you when you were lonely and made you feel safe when you left home. Cherish him, because one day you'll take him on a walk and he'll start to get tired before you and you'll realize just how many years he's been walking by your side.

Dogs
Meet Joe Jonas and Sophie Turner’s 3 Fur Babies: An Alaskan Klee Kai, a Golden, and a Corgi
by Alessia Santoro 19 hours ago 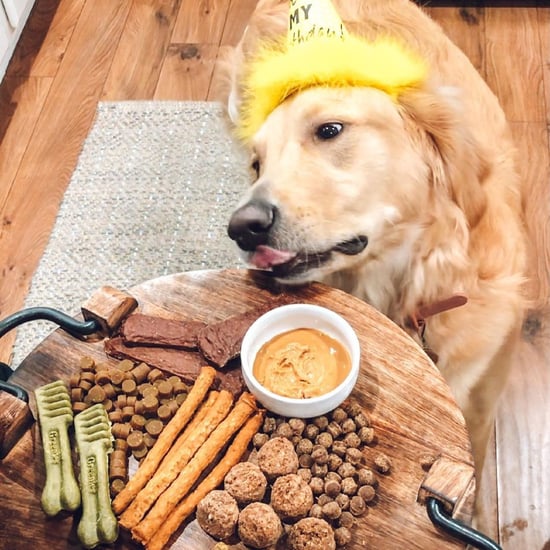 Animal Videos
The First-Ever Christmas Song For Dogs Was Released, and It Has Puppers Going Wild
by Perri Konecky 1 week ago