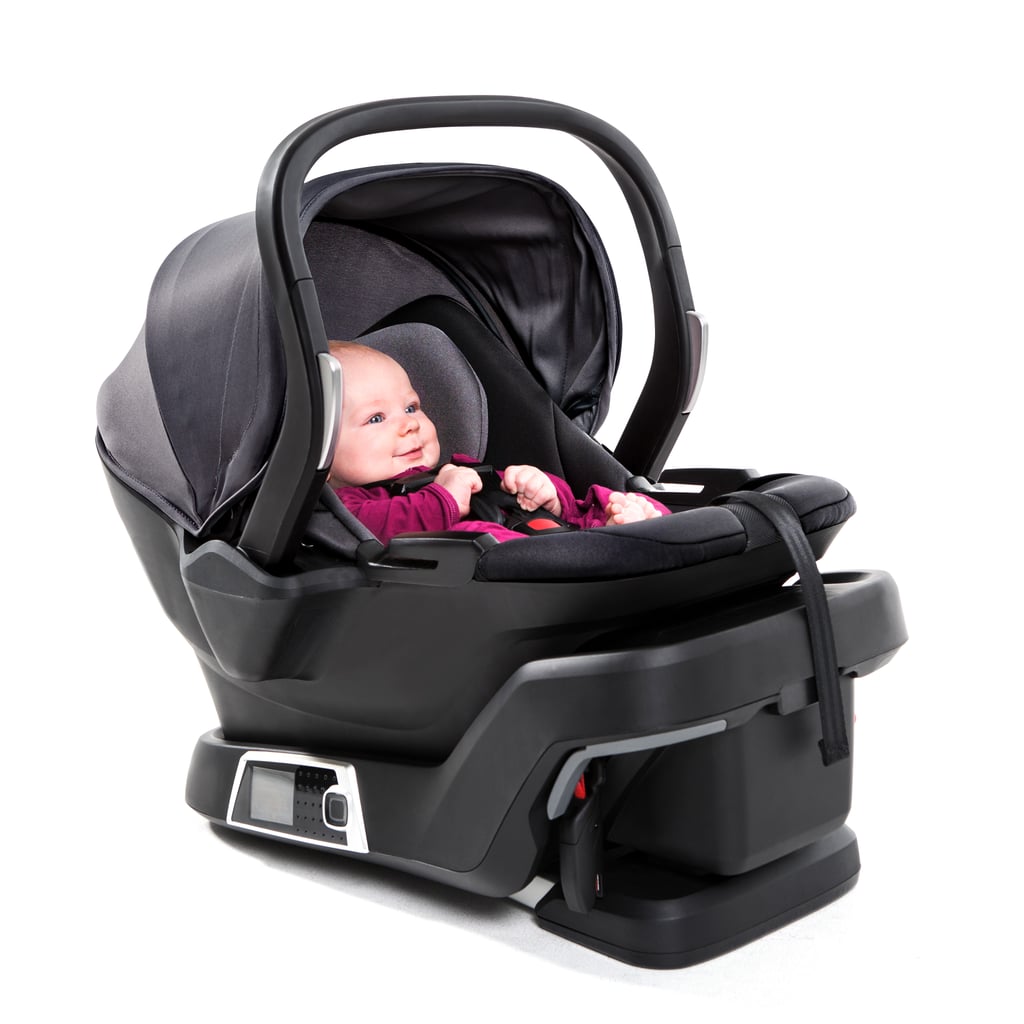 When we first heard that a company was developing a self-installing car seat, we pretty much laughed. Wouldn't the entire idea be like a unicorn — amazing and special and totally not real? Then we heard it was 4moms, the company behind the Origami stroller that opens and closes with the push of a button and the same company that created the mamaRoo which pretty much revolutionized the baby seat and swing category. If anyone could do it, 4moms could. When we saw a video of it in development, it seemed possible but still like that unicorn — too good to be true.

Then we saw it in person. And like that unicorn, it was amazing. We've seen a lot of car seats over the years and many do some pretty interesting and practical things, but there is nothing quite like the 4moms Self-Installing Car Seat that will hit stores in September 2016.

You are about to get a glimpse of the future of car seats with a LIVE demo from 4moms in NYC!

The seat does exactly what it promises to do. When paired with a free app from 4moms, the seat base pretty much installs itself. All humans need to do is scan the car's VIN number with the app (to determine what kind of car you have) and hook the base's LATCH straps to the car's LATCH anchors. Then the seat's robotic technology takes over. The base autolevels to the seat and then tightens its straps with autotension control. Once it is done, parents get the OK sign that they can slide in their baby carrier and go — but the robotic controls aren't done working then. The base continuously monitors its status during use, giving parents a sense of security every time they put their baby in the car.

The base is powered by eight D-cell batteries that should last throughout the life of one child using the seat (the seat is designed for infants who are 32 inches or less and weigh 4 to 30 pounds). But should the batteries start to run low before then, parents are notified via the base and the app. And with adaptors (sold separately), the seat will be compatible with many major strollers.

So what will this miracle cost you? $500. It's a pretty penny for sure, but considering that most infant car seats cost between $150 and $300 and don't include any technology, it's understandable. It's like comparing a flip phone to a smartphone: sure, the flip phone works, but the smartphone does so much more!

Read on for more details about the revolutionary seat!

Previous Next Start Slideshow
BabiesPregnancyKid ShoppingCar Seats
Around The Web