Skip Nav
How to Enjoy TV Time With the Whole Family

The following is a post that was originally featured on The Rock Father and written by James Zahn for Netflix.

"Whatever happened to predictability? The milkman, the paperboy, evening TV?"

Those famous lyrics from the opening theme to Full House may be even more relevant in 2016 than they were when audiences first heard them back in 1987. While Oberweis Dairy brought delivery back a bit here in Chicagoland, for the most part the milkman is a relic, the paperboy has been replaced with the digital text you're currently reading, and evening tv… well, let's just say that's become "streaming tv," and underneath that sentiment is something more - an element of "family," something that Netflix is aiming to bring back into homes during the years ahead.

At the recent semi-annual Television Critics Association conference, I had the opportunity to hear a few Netflix executives talk about the resurgence of family TV. Ted Sarandos, Netflix's chief content officer, laid it out pure and simple — Netflix is "doubling down on kids and family content," with plans to add 20 new family-friendly original series into the mix, raising the total number from 15 to 35.

A reunion with the Tanner family kicks off the initiative, with Fuller House arriving on Netflix Feb. 26, flipping the script and putting the ladies at the forefront, with D.J. Tanner-Fuller (Candace Cameron Bure), Stephanie Tanner (Jodie Sweetin), and Kimmy Gibbler (Andrea Barber) all grown up and now parenting children of their own.

"If you are like me, we grew up with a lot of 8 o'clock-hour programming, scripted programming, that people could watch together," explained Brian Wright, Director of Original Series for Netflix, at TCA. "You could feel good about it, and there were a lot of bonding opportunities between parents and kids."

I was just like Brian, and there was a time of family viewing that I seldom hear much about anymore - something that Netflix calls "Co-Viewing," and the new slate of programs will bring forth entertainment for different types of families, and different ages. Sarandos notes that there will be shows for older kids that youngsters might still enjoy, and shows for younger audiences that grownups can love as well.

That cross-generational appeal is a big thing, and Fuller House starts without missing a beat, welcoming the crew back into the family room, different, yet the same. Familiar . . .

There's already some faces from the past that have been reborn on Netflix, like Care Bears and Cousins and the Popples (both childhood favorites of mine). Pee-wee Herman is back with Pee-wee's Big Holiday this March, and one of my most-anticipated Fall series is the recently-announced Voltron reboot, which will once again find a group of youngsters piloting the robotic lions that form the Mighty Voltron — a character I once dressed up as for Halloween 30 years ago!

Retro fare isn't everything, however, with MGA Entertainment, following the success of their STEM-centric Project Mc² (which my girls absolutely adore), bringing their LalaLoopsy franchise over for a 13-episode musical update this Fall. There's also Lost and Found Music Studios, a live-action series debuting April 1 that follows "a group of talented teenage musicians who struggle to find their authentic sound and place in the world as they hone their craft at a prestigious music studio." Figure in all the DreamWorks content like Dinotrux and Dawn of the Croods, and there really is something for all.

And it's just beginning.

Take a little story like Green Eggs and Ham, for example.

"Green Eggs and Ham is something we're doing with the Dr. Seuss estate and Warner Bros. and it's going to take three years and be on the level of feature production," says Wright. "If we get everything right, our lofty goal is that it's going to be as sophisticated in its storytelling as something like a Disney•Pixar movie — [where] a parent will be truly invested in the show just as much as the kid will be."

Our family is looking forward to watching . . . together. 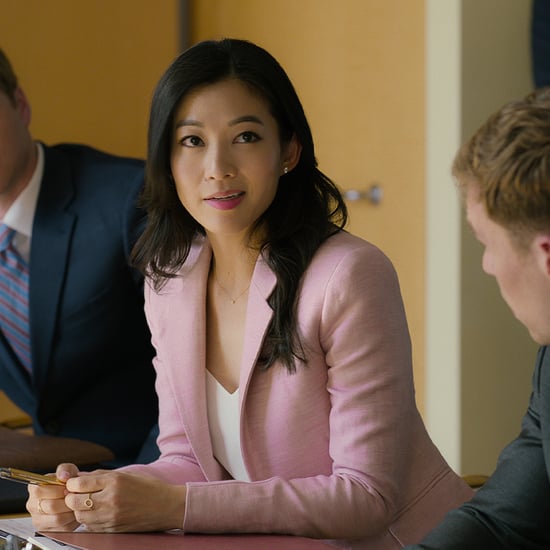