One of the most frustrating parts of parenting? Dealing with screaming children, of course. Luckily, our friends at Fatherly are here to share how to cope.

I've said this before and I'll say it again: single parents are heroes. I just spent the last 6 days alone with my 14-month-old daughter because my wife had to go out of town for work, and I nearly lost my mind. That sounds dramatic, I know, but I thought it. I even went so far as to say it out loud as I was walking away from my screaming child and into an empty room so I could hear myself think — and say — such dramatic things: "I am losing my f*cking mind right now."

When I say that she was screaming, I haven't painted the full picture, haven't even begun to describe it correctly. She wasn't just screaming; she was shrieking. At the top of her lungs. I'm no medical professional, far from it, but if you or anyone you know is a doctor or a scientist at some fancy research institute, you should consider studying the vocal chords of one Emma Josefine Basa Nemec. She hasn't broken glass. Yet. But over the past 3 weeks, she has been shrieking so loud that if I look up (in prayer maybe, towards some god?) in the middle of one of her outbursts, I can feel the blood vibrating between my ears.

Three weeks. That's about how long this shrieking party has been tearing the roof off. The shrieking happens when she doesn't have my full and undivided attention. Or when she doesn't get what she wants. Or when — let's be honest here — I have no idea. She could be cruising along on her walker (who we lovingly call Walker Texas Ranger), smiling ear to ear as she clomps across the floor, and then eeeEEEEEEEEEE! Instant banshee. And it's terrifying. Chuck Norris himself would pee his pants.

"No!" I'll say sternly. "We don't scream like that in this house." As if using the Royal We somehow softens the blow of my annoyance, or makes it clear to her developing brain that I too would like to scream like a coked-out banshee, but seeing as the Rules of the House state that We don't do that around here, I keep my demonic screaming urges to myself.

I have felt so helpless during some of these blood-curdling moments, so reactionary and under equipped, I even put something up on Facebook asking for advice on how to handle a shrieking baby. And people stepped up. People who I haven't heard from in years — whose profile pics have been idling on my account as if that's all they were, as if there was no real live human living a real live life somewhere on the other side of them — they suggested any number of things, from having music playing at all times to finding a good Montessori program, the underlying theme being something I knew but definitely needed to be reminded of: that kids get frustrated when they don't yet have the language skills to express what they want. I appreciated all of these ideas, and especially all of the support: the hang in there's, the reminders that this too shall pass. There's something beautiful about the simple fact that I asked for help and people gave it to me. It made me feel less, well, helpless. And more importantly, less alone. Less like I just moved to a foreign country and became a stay-at-home dad and am struggling to own those new realities every day.

My wife came home last night. I was so happy to see her, I nearly collapsed in her arms. (She's a foot and a half shorter than me, so this would not have worked out well for her.) I vented to her for a while about what's been going on with EJ. She listened. We put together a game plan. We're going to tell her to use her words, and then, as a good friend suggested, we're going to demonstrate using those words. And with a little patience and a lot of deep breathing, we will live to see our daughter become the lead singer of a hardcore band and then the President of the United States of America, in that order. (Or maybe she'll be President first, then start the hardcore band. Come to think of it, that's probably what Hillary Clinton will do.)

The past week was one of the hardest weeks of my life. I don't like saying this, but there were moments when it was hard to love my daughter. There were moments when it was hard not to do exactly what I did, which was walk into another room and start swearing. Which makes me think it was probably tough for EJ to love me too. Struggling to articulate what she wanted but unable to do so, she had to watch her dad walk away from her right when she needed him the most.

But there were also moments when she did what she does so well, which is turn my heart into an ocean. Like when I was playing guitar next to her on the floor and she took a break from drumming on the strings so she could cuddle up in my lap, lay her head below my strumming fingers, and listen to the instrument vibrate with music. She looked up at me, her ear sea-shelled against the guitar, her big eyes simultaneously curious and peaceful, and I nearly wept. 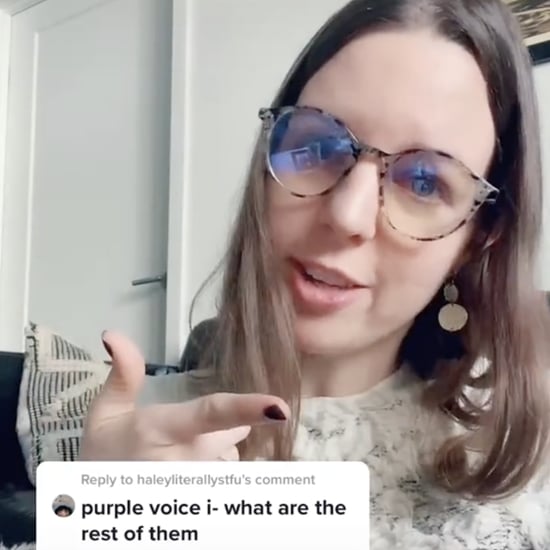