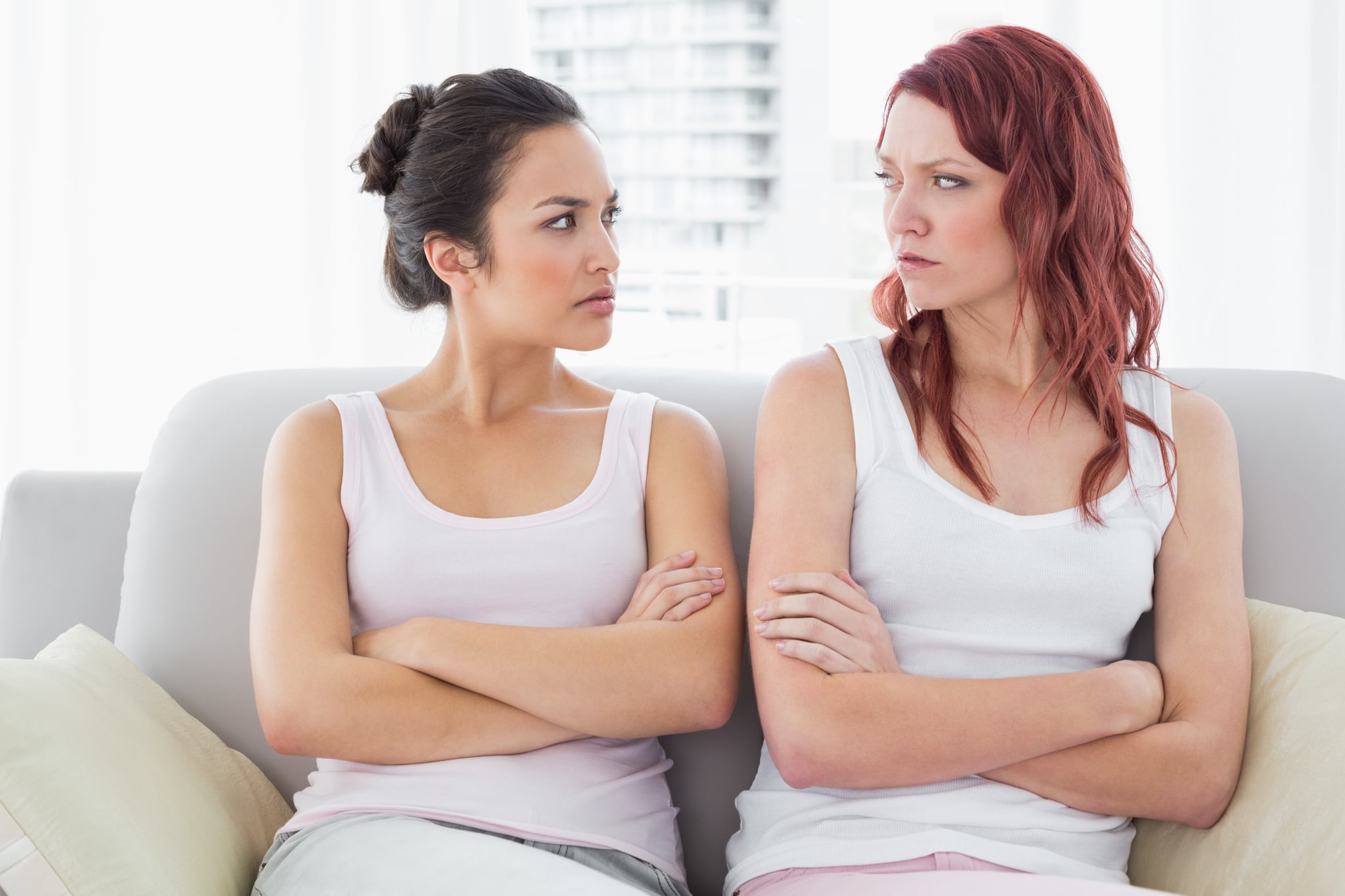 I never had mama drama before — until this Fall.

Now? I'm officially terrified for when my kid starts elementary school next year.

The mom in question was a mother of one of my daughter's preschool classmates. Our kids were butting heads daily at the beginning of the school year in typical 4-year-old-girl fashion. I was familiar with these little 4-year-old-girl battles, as I had taught preschool and pre-K before. These things happen, and they were common developmental issues that come up for girls and preschool-aged children. I approached her with a smile and friendly demeanor, but she was so agitated, I thought she would burn holes right into my soul with her eyes. She was nasty to me in front of our two kids at a class birthday party (thankfully it was at the end of the party), and I was floored. I had never experienced that before. All I told her was that our cuties were both strong-willed and learning to take turns, play leader, and test each other's limits of "who's the top dog," essentially. That all we could do was work with our littles and let the teachers manage as they had been, but it wasn't enough for her. She wanted to battle, but I wasn't about to engage with a volatile opponent who shouldn't have been "my opponent" to begin with.

Instead, I left her with a smile and walked away thinking to myself, "I will avoid this woman at all costs." She had me literally shaking in my calf-high boots with her aggression.

How could I have avoided this bit of "mama drama?" I couldn't have, but what I did do was handle the drama the right way. The next time you get yourself entangled in mama drama or stress with a neighborhood or school mom, try these tactics:

I am not hotheaded, but I am emotional, so for me to hold back tears can be difficult. If you're hotheaded, not firing back during a round of mama drama is challenging, but you can do it. Remind yourself of these things:

Is getting angry worth the hassle? Once you react to someone's dramatic nonsense, you end up entangled in a situation that will only get worse. Is it worth it?

If you react explosively, will this person hear your words? Typically when you react out of anger or hurt, you're not speaking logically and nothing will be accomplished.

How will this come back to bite you in the butt? Women talk. Be cautious.

Breathe deep, and if you feel you can't say anything nice at all, walk away.

Tell the mother you will speak with her when she calms down, because right now, no one will listen to each other while angry.

Smile and say, "I am sorry you feel that way. Perhaps we can talk another time when you are feeling better."

Ask, "Can we find a quiet place to speak?" Removing the drama from roving eyes is a wise idea, since sometimes other people like to add fuel to the fire.

Remember that this mom may be under stress or dealing with issues way beyond the petty issue she is upset about today. Most likely, the anger is stemming from something else in her life. Try to have empathy.

In my case, I stayed positive and had empathy. The mom had a young new baby and I could see she was stressed, so in order to get through the issue with class, I approached her warmly and with honesty, keeping in mind that there was something else clearly lingering inside of her that had nothing to do with me. I was just the lucky "dumping ground." I also never raised my voice or fired back to her comments. Instead, I stated facts and spoke in a matter-of-fact way. By the end of the talk, she was calmer and the tension faded away.

Step Away From the Audience

People are nosy. It's our nature. Stay away from the audience. If a fight or "drama" unfolds with others around you, ask the person to step away to speak somewhere quietly. If she cannot honor that request, walk away.

Be Kind and Have Empathy

I will never know that mom's true story, and that's OK. I tried to offer empathy and realize that for her, the moment and her life were stressful. I could see it in her face. As a mom who is going through a divorce, I understand having silent stressors to deal with. When approached by a mom who's ready to lock horns with you, tell yourself that she is fighting battles you don't know about, and no matter how nasty she may get, be kind. At the end of the day, you are only in control of your own actions. Be able to say you did the right thing. Besides, how do you expect to ask your kids to "turn the other cheek" and have class if you can't?

Don't allow the situation to blow up so that the two of you are forming gangs, West Side Story style. This will only allow the drama to roll on!

If a mama drama brawl erupts, don't partake in the gossip after. If people are speaking unfairly about you, approach the people you actually care about and ignore the others. People will talk — let them. It's not your job to be liked by everyone or to care how others feel about you. For the people you care about, tell them the straight facts once and only once, and don't contribute to small petty talk or bring up the drama repeatedly. Let it die like all gossip does.

Life happens and we will all run into people and other mothers who don't like us. It's up to us to handle these scuffles with class and go on living our lives exactly as we had planned. Not everyone will love you, and that's OK!