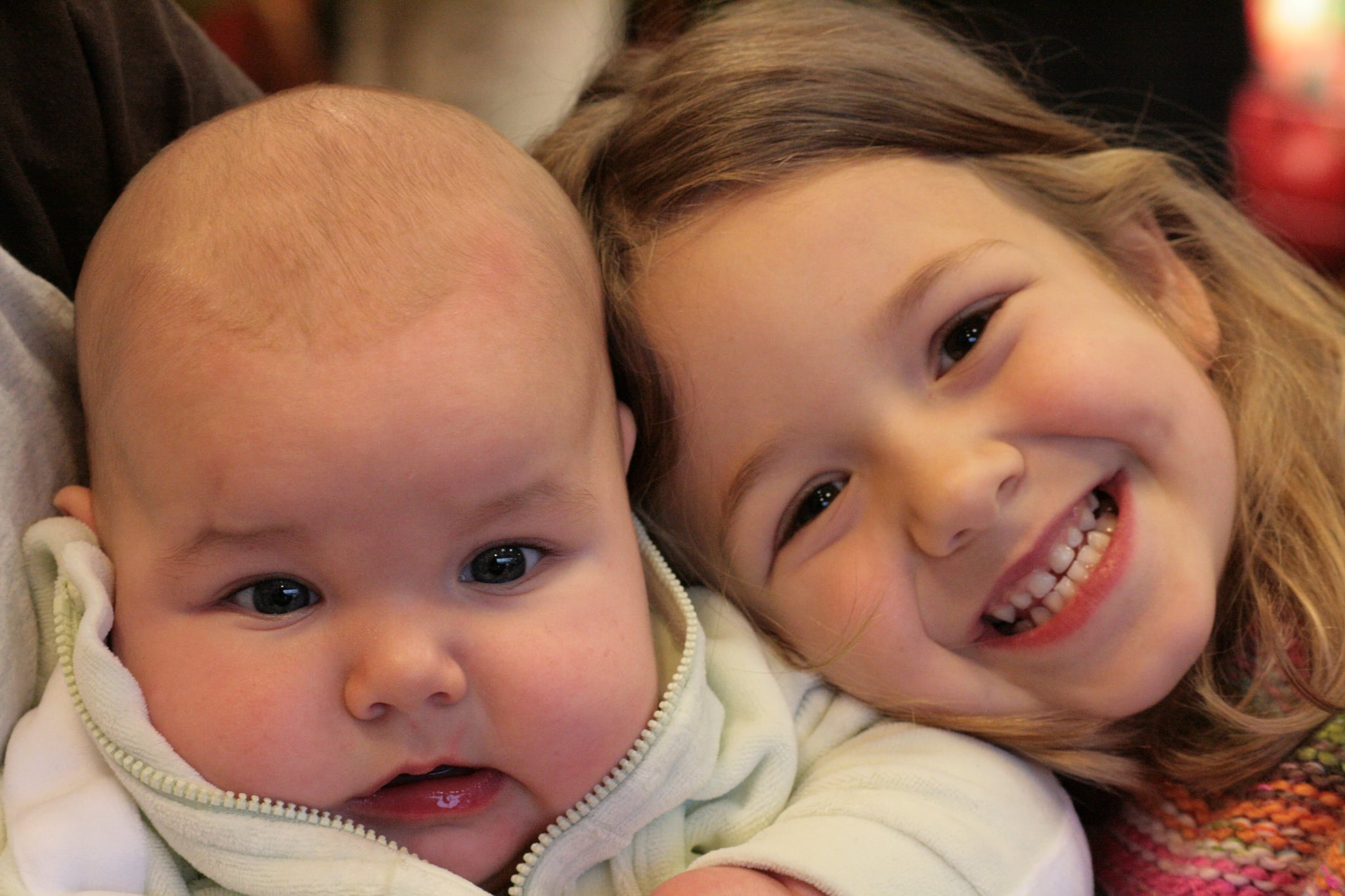 There was a time when I thought having one kid was tough. Granted, my firstborn, now 3.5-year-old daughter, is definitely a "spirited" child, who has challenged us with her strong personality and even stronger aversion to sleeping through the night. However, the ratio of two parents and one child worked in my favor, and those long days when I was home with my daughter usually ended with me getting some much-needed alone time while my husband took over the bedtime duties. Still, I felt exhausted, overwhelmed, and like I had very little left to give.

In my heart, though, I knew that I wanted another child, and shortly after my daughter's second birthday, I got pregnant with my son. The pregnancy alone changed my parenting style drastically. Instead of daily walks to the park and long weekends at grandma's house, I was spending most of my time just trying to stay awake. There were many nights when I'd go to bed the minute my husband got home from work, sometimes stuffing a towel under our door, so I wouldn't be able to smell whatever he was cooking for dinner (so much for my hopes of having a less nauseous pregnancy the second time around). Luckily, kids are the most adaptable creatures on the planet, and my daughter didn't really seem to notice that she now had a zombie for a mother. Later, when my doctor worried I might be developing preeclampsia, my daughter decided my blood pressure machine was her new favorite toy.

My son was born by C-section at 38 weeks, weighing in at a healthy 8 pounds 1 ounce. Shockingly, considering I had just been through major surgery, almost immediately I had more energy than I had in months. My daughter came to the hospital every day and quickly found the communal kitchen, where the refrigerator was stocked with popsicles and cups of ice cream. Life was good for my entire family for those first few days of my son's life. And then we were discharged; my husband had to go back to work, and my mom had to go home. I was alone with a newborn and a toddler, and they both expected me to meet their needs tout de suite. And I quickly learned that taking care of two kids is a whole different ball game.

Juggling the often conflicting needs of a crazy preschooler and a baby over the last nine months has often left me frustrated, feeling like I'll never be able to keep both of my charges happy at the same time (at least without the help of television, an iPad, or a sugary snack for my daughter). But I've also become much more OK with just doing OK. Not every day is full of educational activities and organic food, but my kids are happy and thriving.

Having two kids has also affected my patience levels — sometimes for the better, mostly for the worse. When everything's clicking (we make it through the grocery store without incident, meals are eaten without drama, and we get to preschool wearing an outfit that matches), I often feel like I have endless energy for my children. But when temper tantrums are the order of the day, and I get to experience the joy of listening to two children crying at once? I'm admittedly quick to lose my sh*t.

More than anything, having two children has forced me to go "all in" with the mom game. There's rarely downtime; when I'm done with dealing with one child's needs, I'm usually immediately heading to deal with the other one's. It can leave me feeling totally depleted at the end of the day, but it has also forced me to raise my game. I'm more engaged with my children, and I try to enjoy every minute that I can. I try to play more with my daughter when my son lets me put him down for a few minutes. I kiss my son's chubby cheeks too much and let him nurse on demand. Because the biggest difference between being a mom to one child and a mom to two? The first taught me how fast it all goes by, so with the second, I'm trying to just enjoy the ride.

Parenting Humor
The Wiggles Mashed Up a Tame Impala Song With "Fruit Salad," and Y'all, It Slaps
by Victoria Messina 2 days ago