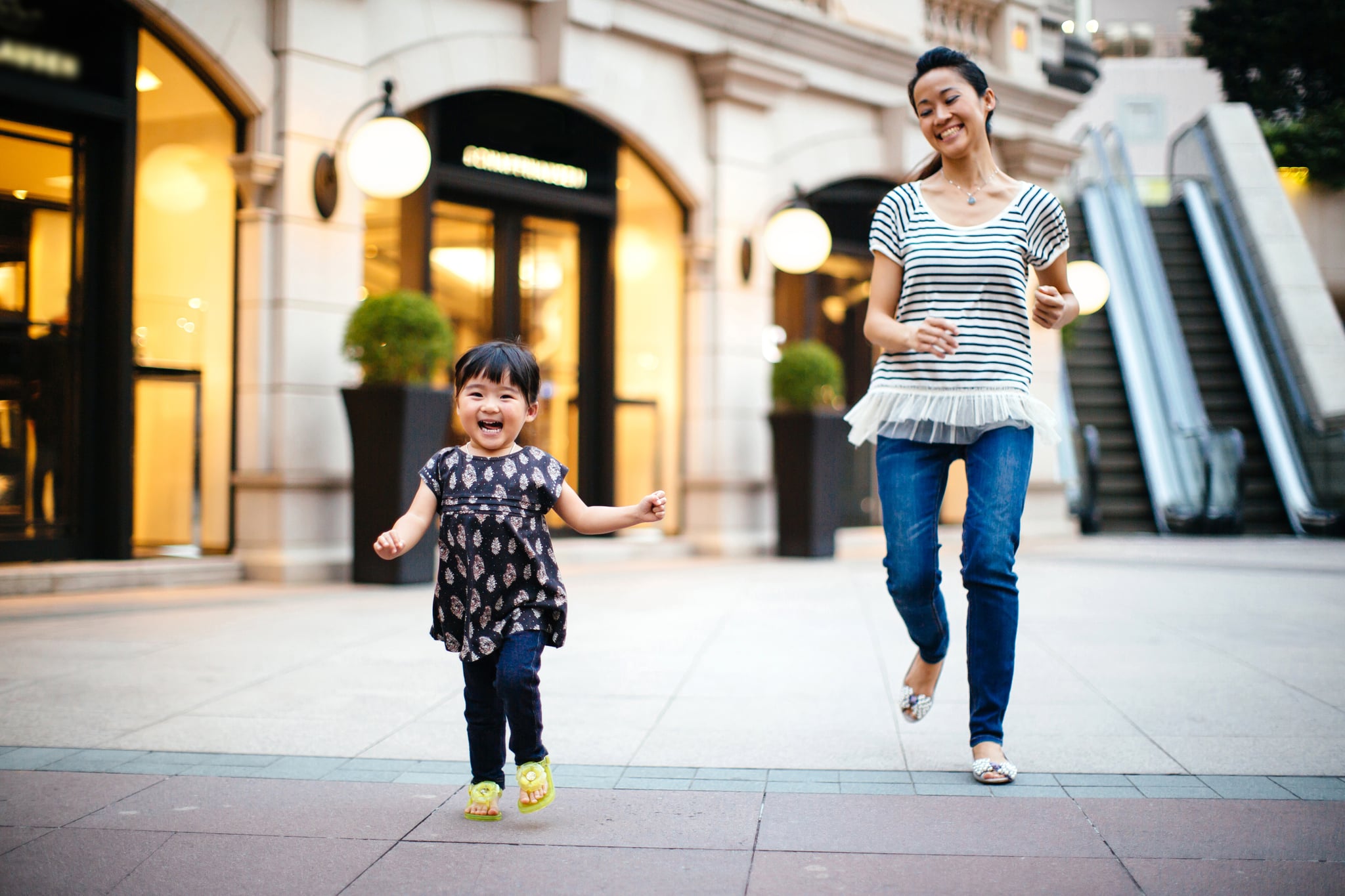 When I was pregnant, I said goodbye to processed cheese and my favorite jeans. It was hard. I adore cheese, and I might've even given my favorite jeans a name, I loved them so much. Still, change was happening, so I let go of premom stuff and rolled with it. Eventually, I thought, I'd find my way back to those things that made me me. Sadly, we know what happens to the best-laid plans — after I gave birth to my beautiful son, my jeans moved to the back of the closet, and my stomach couldn't tolerate cheese.

Yoga classes, indulging in a good book, and long showers were some other loves that went by the wayside when I became a mom. As the mother of a newborn, I tried to keep up my yoga practice, but I just wished I was napping. I attempted to finish a book, but I just ended up taking that much-needed nap. The little time I had to myself was spent taking quick naps or making sure I'd eaten more than a handful of cheese crackers.

Related:
I Gave Up What I Thought Was My Dream Life For a Family — and I Don't Regret It

Between naps, I vaguely remembered what my life had been like before my baby. Then it happened: chatting with my sister, I couldn't come up with a single topic that wasn't baby related. I had nothing interesting to say about me. While outsiders might've counseled me to go "get a life," the irony was I felt like I was finally finding one.

As the days with my kid morphed into months, and the months turned into years, I found it difficult to remember how premom me felt. What was she like? What did she do for fun? I was so wrapped up in momming and the beauty and busyness that went along with it that this new normal was my everything. I found it almost impossible to sustain all of the parts of me that I had been before my son. Even more strange, I didn't mind.

Related:
I Have 4 Kids, and I Desperately Need to Make Self-Care a Priority in 2020

When the realization hit that I'd lost her, I tried to get her back. I thought the effort of trying would kick-start me into caring that I'd moved so far away from her. I took that yoga class I once loved. I bought some fancy cheese. I tried sleeping late. While the sleeping in wasn't so bad, I quickly found I could accept moving on to this next phase of my life. I got the most joy not from Downward Dogs and luxurious showers but from spending time with my family. This is the me I'd found, and it turns out I didn't want to lose her.

It's an impossible notion, but I'm alright with the concept of giving up myself. I'm not a lost woman; I'm a woman found. I still see glimpses of the old me here and there, and I welcome those little reminders like an old friend. Especially when she brings slices of cheese that I can finally eat again. But babies bring change, and the biggest one I've experienced is my own. I've let go of many things as a mother, but I had no idea I'd be letting go of me . . . and the kicker is I don't mind one little bit.