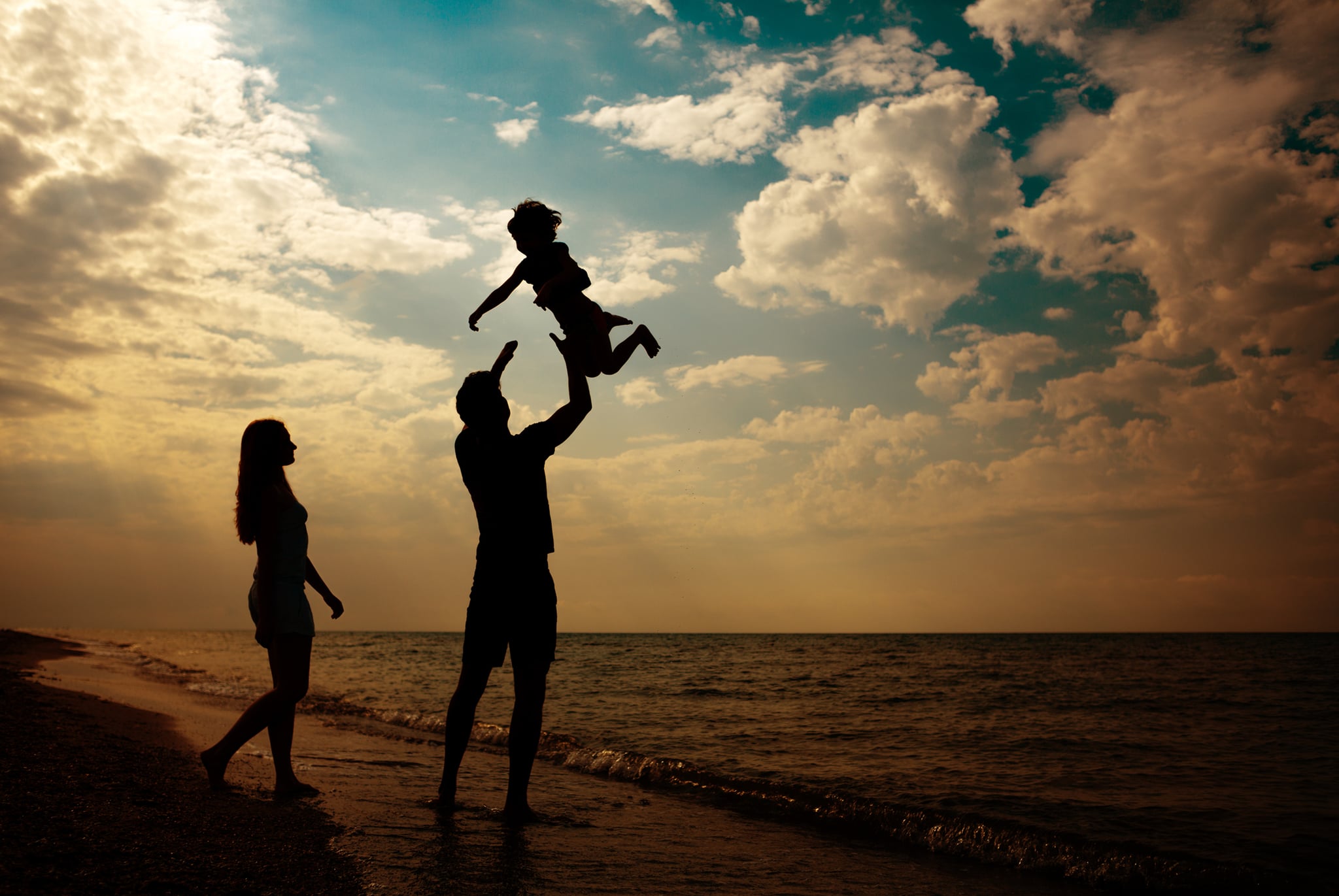 One day I was talking to a friend who was having marital problems, and she said, "Well, hopefully when the baby comes, things will be different." She thought a second child would change things with her marriage for the better, but notions like these are false, in my opinion. A child doesn't make marital problems diminish. In fact, they magnify problems instead of help them go away, or if the problems don't get worse, they most certainly don't disappear, unfortunately.

A baby isn't a magical wish maker. A baby is a person with needs, wants, and desires who will demand a lot of you and your partner. The more kids you have? The more demands.

When we first had our daughter and only child, I wasn't worried about how our marriage would be affected because I felt our marriage was strong enough to handle another addition to our home. Plus, I really didn't know how a child would impact our marriage until there I was, in the thick of it. Don't get me wrong: a child brought much and truly all joy to my life and to my ex-husband's. Yes, I said ex-husband, but don't let that discourage you. Our child didn't destroy our marriage; our marriage was weak underneath the surface, and a child simply added pressures to the fragile walls of our relationship.

If you've ever even squabbled a second about money, a child will only bring up this battle time and time again. My ex and I had decided before I gave birth that I would stay home most of the time and teach and write in the evenings for a period of time while our daughter was born until about age 2 because of the high cost of day care. However, despite this agreement, comments came up on the regular about how he paid the bills and it was his house. There was a clear demarcation between who paid the bills and who didn't and, therefore, whose opinion held the most weight. Guess what? It wasn't mine. Being home was sometimes equated to living the luxurious good life. Even though I breastfed and had a ton of hand-me-down toys and infant items and rarely got anything for myself, it seemed that making money and spending money became a daily conversation in our household. Maybe this was due to funds being tight and perhaps families with more comfortable incomes do not argue as much, but I am willing to bet that when a mouth or another mouth is in the house to feed, all families' finance conversations gather some tension, at least with the first child, which seems to require the most adjustment.

Remember how everyone in your family said how excited he or she was for the birth of your baby? Well, despite this excitement and hopes that old tensions and dramas would fall by the wayside with the introduction of our newborn daughter, it didn't quite happen this way. Tense relationships remained tense, which was difficult and disappointing. The message? Don't expect your baby to be an instant peacemaker. While a new child can help bring happiness to a torn or stressed family and even reunite two people, it doesn't always happen, so don't expect a miracle. Instead, work on making the relationships better on your own, if possible.

Is your sex life not where you want it to be? If you're feeling pressured to have sex, not having enough sex, or don't like the quality of sex, be prepared for the arrival of your child to make this worse. Sex is supposed to be spontaneous and fun, and some couples manage to master this despite their family duties, but many couples struggle to achieve a family/marriage/sex balance. For us, things had already started to slow down on the bedroom front before our daughter arrived, and once we had her, the decline sped up partially due to stress. If you're already looking at the clock thinking, "OK, let's wrap this up" or "Are we ever going to have sex again?" a little one is going to make the sex problems a hot mess. What can you do to help the situation before the baby arrives? You can sit down and have an honest conversation with your partner today about your feelings. I know it's awkward, but if you keep ignoring the elephant in the room, it can blow up your marriage, and it's not going to be pretty. Speak up!

Once our child hit an age in which we could discuss discipline tactics (around 2), our differing values became painfully obvious, although for two very dissimilar people, we have similar views on some topics when it comes to our daughter. If you and your partner have difficulty seeing eye to eye about important matters, a kid will just give you more opportunities to lock horns.

Does your partner drink a little too much? Perhaps engage in other negative behaviors like hoarding or gambling or simply gets stuck in a funk and cannot get out of it? These habits won't fade into the background thanks to the joy and hard work that comes from a baby. In fact, they might get worse with the stress alone. If you are in this boat, you need to try to get your partner to help himself now. Of course, you can only lead the horse to water and can't make him drink, but if you don't put it out there now before the baby arrives, you'll find it even harder to tackle when you're sleep-deprived and recovering postpartum. Do the tough conversations before that bundle of joy makes his or her grand appearance.

My ex was not good at communicating how he felt until he was so angry he would blow up, and I have anxiety. Becoming a parent didn't make those things go away. We had to find ways to cope with both issues, and for us together as a duo, it didn't work, but now that we are separated, I can speak for myself and say things are getting better on the anxiety front even if I have bad periods!

When it comes to chores, are you always picking up the slack, or heck, maybe you're the slacker? A child won't make a Messy Marvin or Martha or Lazy Louie or Lisa any better. Don't expect a crying infant to inspire your "never doing laundry or a dish" man to pick up a sponge and start cleaning. However your household duties are currently divided are most likely how things will stay unless one of you decides to stay at home and not return to work. In that case, whoever is home will be picking up the household chore tab.

A child is a joyous blessing and one that should be celebrated, but do not be naive to the impact it will have on your marriage. For my former marriage, our differences and values became projected onto the movie reel of our lives, and it may have put us to the path of divorce faster than it would have had we remained childless. Still, I am so blessed to be a mommy and am grateful I met him and had the chance to make a wonderful little girl!

Pregnancy
Why Didn't Anybody Tell Me I'd Gain Weight During My First Trimester?!
by Emilee Janitz 3 days ago

Tweens and Teens
A Mom on Supporting Her Transgender Daughter: "Ryder Is a Normal, Happy Child"
by Murphy Moroney 3 days ago 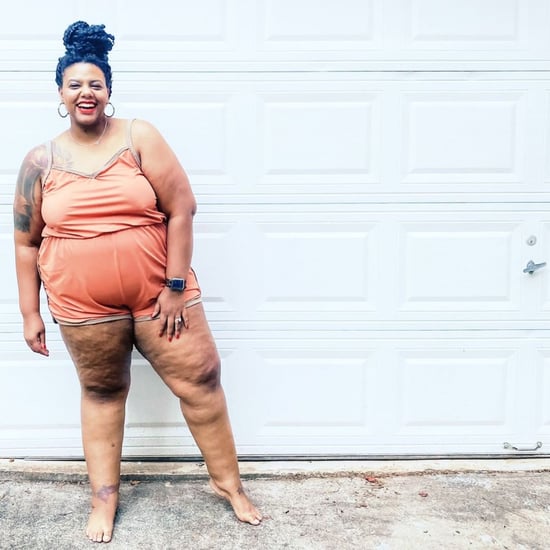 Little Kids
Calming Corners Put an Effective, Positive Spin on Timeouts — Here's How to Make One
by Murphy Moroney 4 days ago

Parenting
Allyson Felix on Raising Her Daughter: "I Want to Expose Her to All the Right People and Cultures"
by Murphy Moroney 17 hours ago