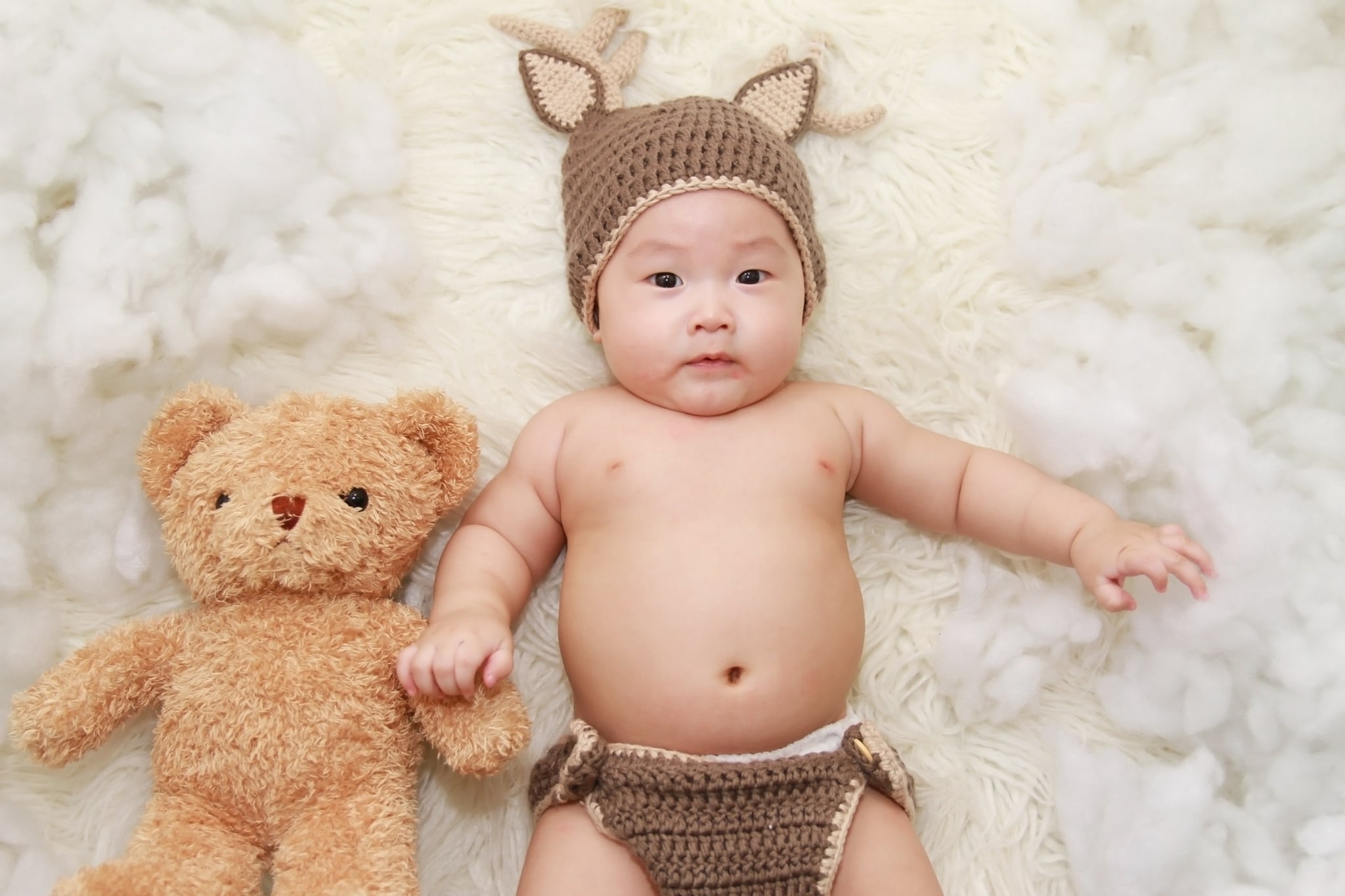 Only you can determine when you're ready to have a baby, but in addition to just feeling ready, your wallet also has to be prepared. In news that every single person ever knows, babies aren't cheap. Beyond fulfilling those basic baby needs like food, shelter, and more diapers than you could ever imagine, you'll also be investing in baby gear, nursery decor, and cute onesies to put on a continuous rotation due to all the spit-up. And that's not even taking into consideration the future years of soccer uniforms, school supplies, and — gulp — college funds. But how much do just those first 12 months cost after bringing a baby home?

The U.S. Department of Agriculture has been tracking the cost of raising a child since 1960, examining expenses by age of child, household income, and region of the country. According to the most recent data from the Expenditures on Children by Families report in 2017, a married, two-child, middle-income family (earning between $59,200 and $107,400 annually) will spend approximately between $12,350 and $13,900 in the first year of their younger child's life. If you take into account an average annual inflation rate of 2.2 percent, as well as the fact that one-child households spend an average of 27 percent more on the single child, that $12,350 could be nearly $17,000 in a one-child, middle-income household in 2020.

If You Want an Epidural During Labor, You're Going to Have to Shell Out Some Serious Cash

What exactly are you paying for with that $17,000? Before baby even arrives, you'll have to invest in some baby furniture (especially if this is your first addition to the family). The Bump estimates that you'll shell out about $2,000 for a nursery set, including the crib, changing table, rocker, and dresser. You'll also require a car seat (which costs an average of $175) and a stroller (which can vary dramatically in price, from a few hundred dollars to a thousand depending on the quality and type).

There are recurring costs as well, the most obvious one being diapers. The average baby goes through eight to 12 diapers a day, which, according to the National Diaper Bank Network, can set you back $70 to $80 per month, or about $900 a year. If you choose not to breastfeed, formula can cost up to $150 per month, or about $1,800 a year. When you take into account the cost of adding your new baby to the health insurance plan, child care, and clothing and accessories (all of which will depend on your family's needs), it's easy to see how quickly that $17,000 can be spent. Don't forget the cost of giving birth itself (which racks up a $3,000 bill on average after insurance).

Related:
A Dad's Breakdown of His Wife's C-Section Bill Just Made Us Throw Up in Our Mouths

Though the sex of the baby isn't much of a factor in determining costs, where you live can be. Families in the urban Northeast spend the most on child care, followed by families in the urban West, urban South, and urban Midwest. Families in rural areas throughout the country spend the least, with child-rearing expenses reported to be 27 percent lower in rural areas than the urban Northeast, primarily due to lower housing and childcare costs. Resources like BabyCenter can help you calculate just how much your new baby will cost depending on your specific needs.

by Amanda Prahl 24 minutes ago