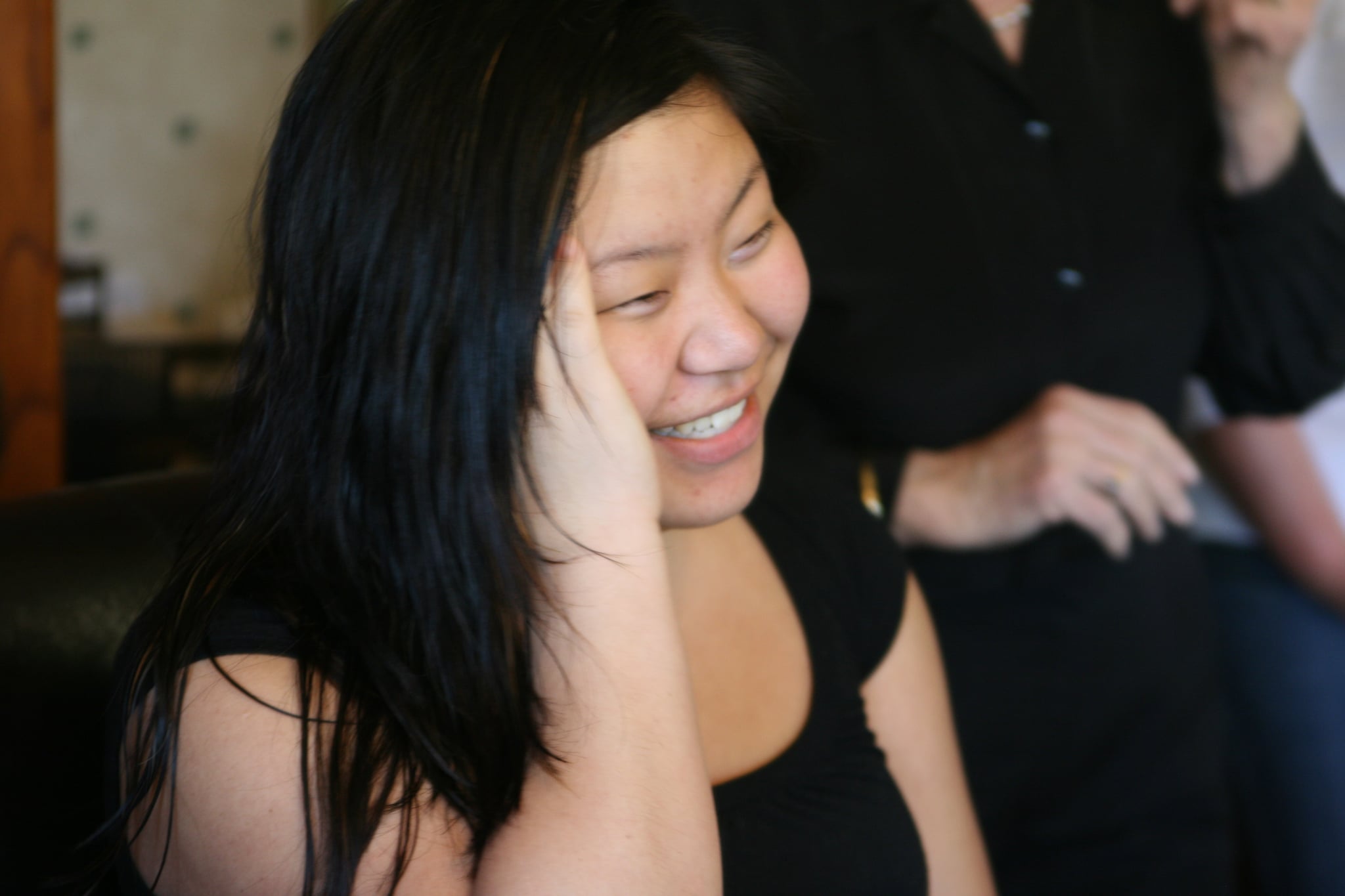 Perhaps one of the more awkward parts of being a parent is thinking about how you'll one day need to present your child with "the talk" (though we actually don't recommend this being a one-and-done event, you can start talking to your child of any age about these topics in some capacity!). In thinking about what having a talk with a child in 2017 about sex would be like, we asked POPSUGAR editors how their parents discussed puberty, sex, and growing up with them back in the '90s and '00s. Did their mom pull out an outdated book with weird graphics and talk about their child's changing body? Did their dad sit them down at the end of their bed and demonstrate putting a condom on a banana?

As an only child whose parents conveniently glazed over any such talk, I valued the following honest responses in varying ways, from "I myself would never handle such a talk in this manner" to "actually this is kind of a solid plan for introducing a topic like this to my own kids" (but mostly the former).

How did you/will you handle the sex talk with your kids?

Related:
I Had the Sex Talk With My Tween and Lived to Tell the Tale

Nothing Official
"I never got the official sex talk because I think my parents assumed I learned everything from the halls of my public middle school (oh how right they were). But I was handed this book that proved to be pretty helpful (if I recall? It's been just about 20 years since I last read it so . . . )." — Hilary White, editor

Like a Virgin
"I learned about sex when I was 5 and my mom was pregnant with my brother. My parents explained how the parts go together and showed me a very sci-fi-looking picture book from the '70s that shows how sperm fertilize an egg. A few years later, I saw Madonna's 'Like a Virgin' video on MTV and asked what a virgin was and my mom had to explain that sex could also be something grown-ups sometimes do — not just to have babies. I think my parents left the rest up to friends, pop culture, and sex ed, otherwise I mentally blocked it out." — Joanna Douglas, senior Native editorial director

V.C. Andrews Was Required Reading
"I was 12. My mom and I were watching My Girl on TV. At the part where Veda gets her period and first sex talk, my mom turns to me and says, 'You know about sex, right?' I said, 'Yeah,' and that was the end of the conversation. I did not know about sex. I learned about it mostly from sex ed and V.C. Andrews books."

Divide and Conquer
"I had 'the talk' with each of my parents on separate occasions, but both were equally as blunt and casual. I think I was about 8 when I asked my mom in the car how sex really went down, and she laid it out and said a man has a penis and a woman has a vagina, and when they love each other, he puts his penis inside. I was in the back seat, pretty shocked, as you could imagine. By the time my dad thought he was introducing me to the subject (while we were folding laundry, by the way), I already had a good idea. He weirdly said the exact same thing, but we laughed it off. If I ever have kids, I think the casual route over a serious discussion is the way I'd do it, also. It still got the message across and I was much less mortified than I would've been had we had a face-to-face sit-down. They also let me watch a lot of rated-R movies starting at a very young age, so I think that also helped paint the picture." — Nicole Yi, assistant editor

Not the End of a Sentence
"I was in third grade and reading Are You There God? It's Me, Margaret. I read the back cover of the book and it talked about Margaret wanting to get her period. I assumed it meant the end of a sentence. But it didn't make sense, so I asked my mom. Before I knew it we were sitting on her bed with the door closed and she was explaining the birds and the bees. She explained it technically and emotionally. I was shell-shocked. Let's just say the book took on a whole new meaning for me at that point!" — Rebecca Gruber, vice president, Editorial Partnerships

What Sex Talk?
"Umm . . . I never had one. I think my mother's talk with my older sister went so badly, she skipped it with me. As a mom of two girls, I can't imagine NOT talking about menstruation, sex, and pregnancy prevention." — Susi May, senior director, Editorial

A Test-Drive
"I was handed a Christian children's book about the plans Jesus had for my body and my 'purity.' I was later given a book about why brides wear white, and how nobody wants to 'buy a car' after they've 'test driven it already.' Aside from the blatant mistruths in that metaphor — if you buy a car without driving it first, you're a fool — it was also really damaging to me in terms of shaping my ideas about sex and my own self-worth. Suffice it to say, I will be striving to have the exact opposite sort of sex education with my kids, and I want every discussion to be open, honest, and actually educational. But most of all, I want my daughters to know that — when they're ready — sex won't take away their value." — Brinton Parker, assistant editor, Trending and Viral Features

When You've Got an Itch
"My mom didn't have a sex talk with me until she questioned if it was my birth control that was maybe causing my itchy skin . . . which is also how I learned she knew I was even on birth control/having sex."

Health
I Was "Stealthed" by a Partner. More States Need to Make It Illegal.
by Ashleigh Gray 21 hours ago