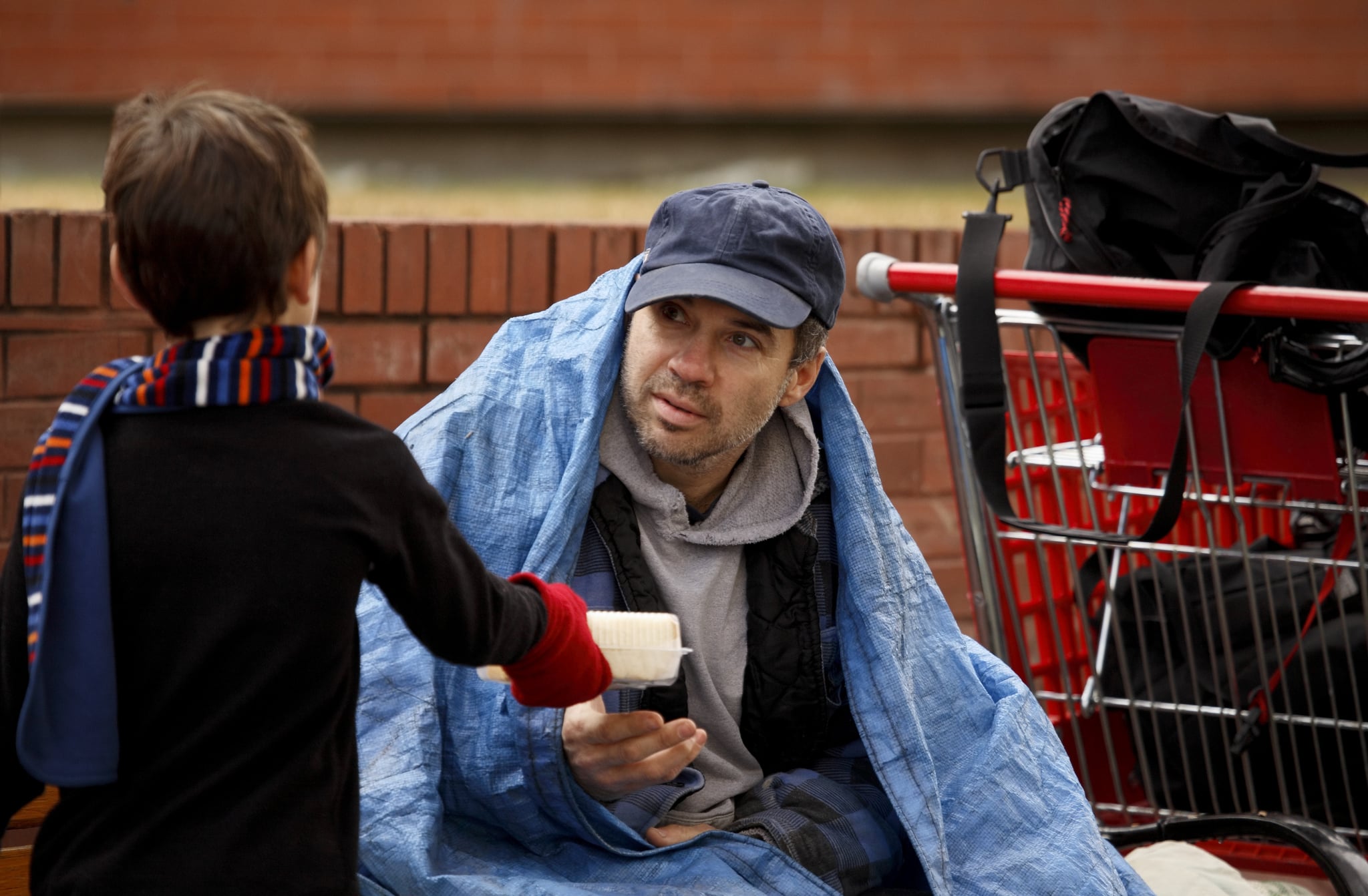 It's mid-January. How are your resolutions going? It's a common question and one that's often asked in the school drop-off and pick-up line, but it's also one that I'm avoiding this year.

We skipped making New Year's resolutions this year. Part of it was out of laziness and part of it was out of the redundancy of it all. Yes, Mom and Dad want to lose some weight. Yes, we want to eat more home-cooked family meals. Yes, we want to reduce our screen and electronics time. But those are the same resolutions we make every year. We're usually successful for the first few weeks and then February recess comes and they all go down the drain.

No, this year we're trying something different. We're focusing on kindness. I know, it sounds lame, but it seems to me that it is more important than ever.

My kids are old enough to read the headlines that blare from the local papers as we walk down the street. They hear the news in the background as they get ready for school. And what they're hearing isn't nice. I know it's an election year (I was a poli-sci major — this is my Super Bowl!) and things get tense, but I've never heard political jabs as nasty as what's going on now. The name-calling and general bashing of individuals (rather than ideas) has become so distasteful that I'm shielding my kids from it. A president, regardless of whether you agree with him or not, should be respected. A politician, whether they're on your side or not, is a public servant and should be respected. But that's not what we're seeing.

But it's not just the world of politics that pushed me to this point. I've seen it on the playground and on the ball field. Kids walking away from an opposing player who's fallen on the court rather than helping them up. Tots sitting on the swings for endless sessions while a line grows and when an adult says something to them, they just sit there and say, "I don't have to get up."

We know where it's coming from. It's coming from us — the parents. If we don't demonstrate kindness, how will our children ever know to do so? And I'm not alone in my thinking. In a new report coming out of the Harvard Graduate School of Education, Making Caring Common announced that it is working with college admissions officers at top universities across the nation (think Harvard, Yale, University of Virginia) to make the application process more humane.

Yale's dean of undergraduate admissions said, "We are also looking for things that are harder to quantify, [like] authentic intellectual engagement and a concern for others and the common good." His university is adding an essay question to its application that focuses on how the applicant has contributed to "their family, community and/or the public good."

In short, they're looking for kindness. I think we all are. So I'm making it our family motto for 2016. But we're not just saying it; we're doing it.

So far, it isn't requiring much additional effort and doesn't appear to be coming across as heavy-handed as you'd expect. Right now everyone's on board and everyone seems a bit happier. It won't happen overnight, but if little by little we can encourage our kids to be kind, hopefully it will rub off on the people around them. Because heaven knows, we can all use a bit more of it these days.

Healthy Living
I Fixed My Sleep Schedule During COVID-19, and I'm Much More Energetic and Productive
by Hayden Ginder 14 hours ago

Relationships
The Wilds Explores Many Female Relationships, but Toni and Martha's Is Strongest
by Sarah Wasilak 15 hours ago