The following post was written by Ariella Levine Greenbaum. Here, she writes about discovering she had breast cancer shortly after giving birth. 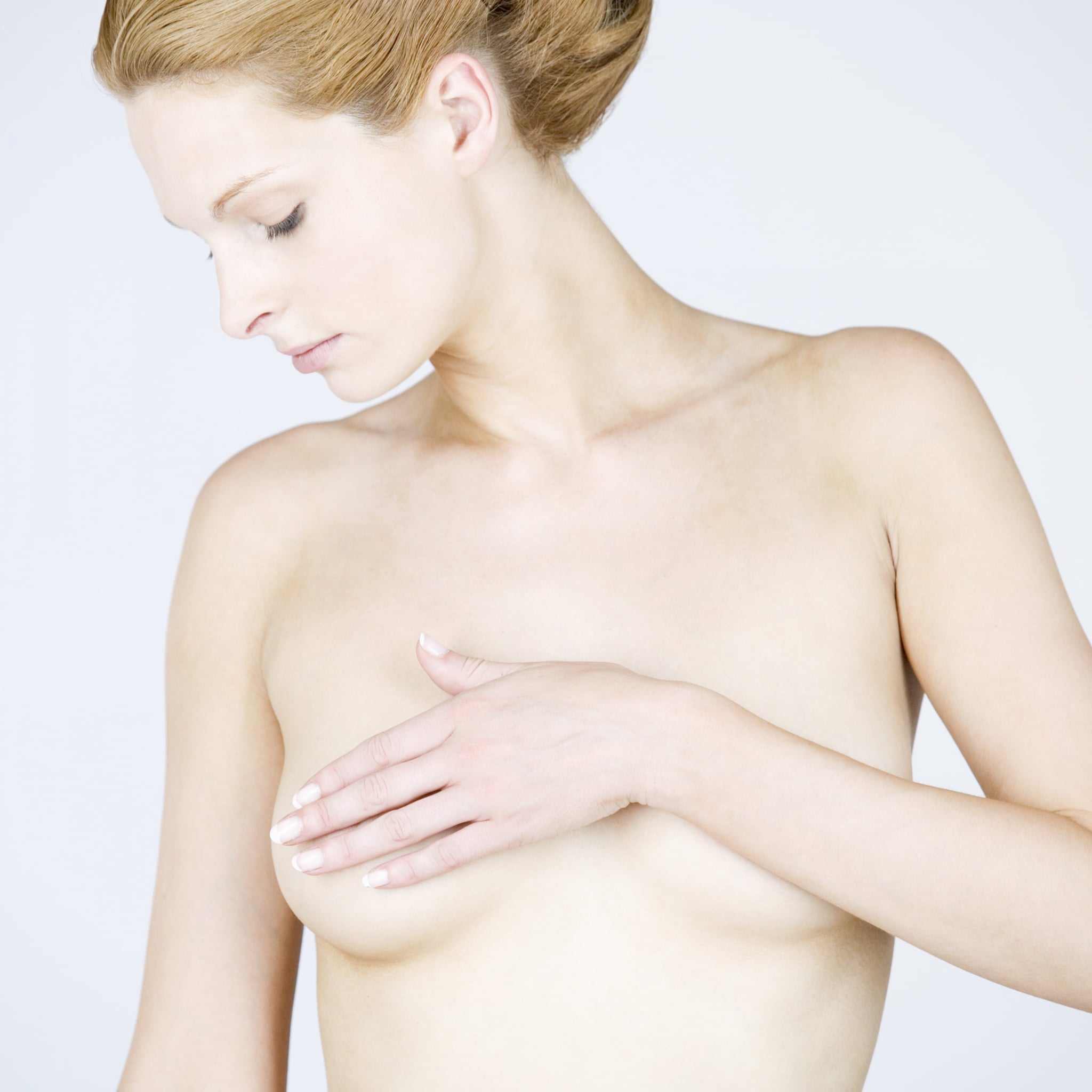 I quickly bounced back from childbirth, and my daughter topped the charts, even with a latching issue and inability to breastfeed. I was determined to feed her as naturally as possible, so I committed myself to the breast pump, and I ended up pumping for five long months. I filled up my freezer nearly halfway with packets of breast milk that I pumped. I even ended up renting a more powerful hospital-grade pump from a lactation consultant. Could my breasts go through any more?

Finally, my breasts and I had enough. I went back to work and wanted to spend my free time in other ways, like playing with my daughter or sleeping. Time was zipping by as I balanced taking care of my baby, commuting three hours a day into New York City from the suburbs, and teaching an online class as an adjunct professor. But I felt so good knowing that I was making it work. An eerie feeling inside of me made me question whether or not everything was too good to be true.

What was growing inside of me, screaming loudly, waiting for someone to listen, was heard by my husband on a cold early December day. We were on vacation from work, relaxed and able to find some time to ourselves, when he felt something unusual on my right breast. My stubborn side kicked in and I sort of brushed it off, having seen my obstetrician the week before for my first postpartum breast exam. The doctor hadn't felt anything, so why think anything of it?

I decided to wait a few more days, then called my obstetrician to see what to do. He nonchalantly told me it was nothing but that I should get a mammogram and sonogram just to be sure. I managed to get into a local radiologist's office that day, and as my breasts were squeezed into a sandwich, I felt dizzy and sweaty. I was just 32 years old, surrounded by women 10, 20, and 30 years older than me undergoing routine exams.

It never occurred to me to worry about something being wrong with my breasts. As a borderline hypochondriac, I imagined I had conditions I read about on health web sites but naively brushed off messages about a condition known to so many people: breast cancer. Plus, I was very health-conscious; I ate organic food when I could and even used natural beauty products, including natural deodorant!

After the radiologist came and told me she was very concerned about the findings, a three-centimeter mass with calcifications, I felt a dark cloud hovering over. The mass needed to be biopsied to learn more.

The next day I was on the table at a well-regarded radiologist's office in New York City, having my breast tissue biopsied through a tiny needle that left my already war-torn breast with a bruise that turned from purple to yellow.

My husband and I were playing with our daughter in her room that December afternoon when the radiologist called with the results. Yes, it was cancer. But thankfully the tumor had not spread outside the milk duct. We had caught it before it spread to the outside breast tissue and into my lymph nodes. I was too embarrassed to tell people my husband found the lump. My breast surgeon applauded "me" for finding this very hard-to-find bump, as it was hard to feel — likely why my obstetrician hadn't felt it just a few weeks before.

My breast cancer diagnosis resembled a jumbled puzzle being put together. As the pieces were slowly put together, we learned the hormone status of the tumor: it was estrogen and progesterone negative. The hormone status plays a big role in treatment. My tumor, being hormone negative, wouldn't make me a candidate for those hormone-blocking therapies, which to me was a blessing in disguise since I want to have another baby in the next few years and such therapies don't allow a woman to conceive for several years. Since my tumor was likely noninvasive and I did not carry a BRACA mutation, I underwent a lumpectomy, a surgery in which just the tumor and some healthy tissue surrounding it are taken out.

I went in for surgery early one January morning, and I woke up later in a recovery room, drowsy from the sedation, and felt relieved to have this part of me removed. My recovery was shorter than I would have faced with a mastectomy. But in order to heal properly, I wasn't able to lift my 20-pound baby for almost two weeks. I am fiercely independent and often do things the hard way, as evidenced by my breast-pumping story. So needing constant help in order to take care of my baby was difficult for me to swallow.

Since my tumor was fairly large, a decent amount of my breast had to be removed during the lumpectomy. As my swelling goes down, I notice the decreased size; it seems to be about a cup size smaller than my "healthy" breast. I look back just a few months and remember how I was worried about having droopy breasts after pumping. I see women with normal breasts and feel a tinge of jealousy. My husband says it's "all in my head," but I notice how one is smaller than the other now and has a smaller nipple. I will have to either come to accept it or consider reconstructive surgery.

I recently finished the last leg of my breast cancer journey: radiation, which I underwent to make sure the last of the cancer cells are gone. I went to a treatment center five days a week for nearly seven weeks. During the second half of treatment, I experienced exhaustion I have never felt before. Even after an uninterrupted night's sleep, I wake up feeling low on energy, which worsens throughout the day. The skin on my treated breast is bright red — with the looks of a sunburn — and my nipple is swollen and itchy. But I have the added assurance that because of radiation, the cancer is less likely to return. If the cancer returns in this particular breast at any point down the line, a mastectomy will be in order as radiation can't treat the same breast more than once.

But one can't live in fear in order to truly live. That's why today I am setting out to stand strong and fierce in the name of breast cancer. I never thought breast cancer would happen to me, especially not at 32. I encourage all of my friends and family and anyone I can share my story with that frequent self-breast-exams are so important. Today I'm counting my blessings, not my burdens.