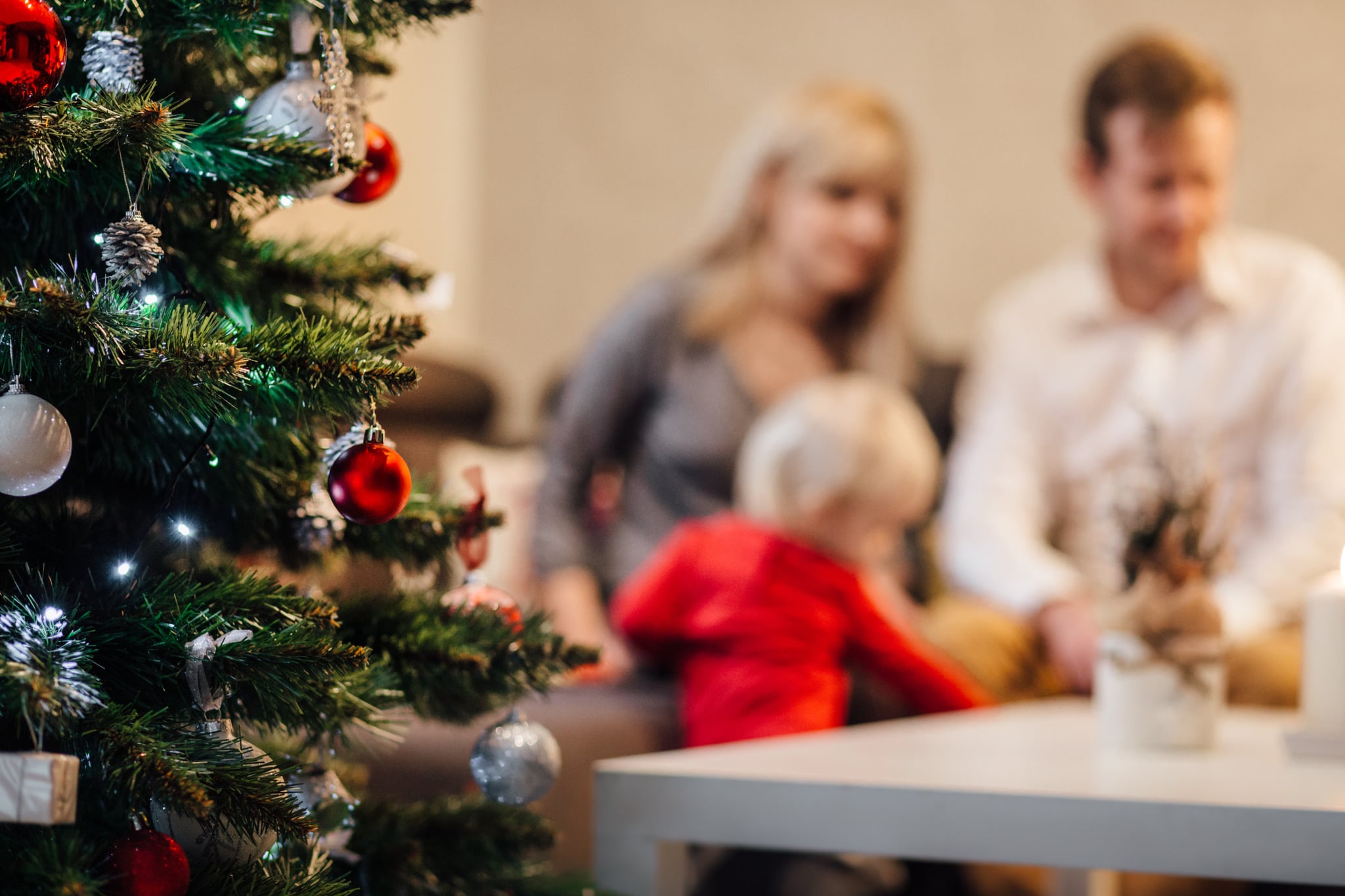 I never wanted to be one of those women who didn't get along with their mother-in-law. In fact, I was determined to make it a point to not be one of those women. It takes a lot of energy to hate someone, and I'm generally a very happy person. But my husband's mother and I have been playing nice for over 10 years now, and I have finally had enough. I'm done.

As the holidays quickly approach, I'm doing my best to help my husband come to terms with the fact that the picture-perfect Hallmark holiday he so desperately wants just isn't going to happen. Mostly because his mother is too selfish to give it to him, and also because I'm done pretending. This year, I refuse to feel uncomfortable on Christmas by spending it with a woman who hates me.

Related:
This Is What It's Like to Be an Outsider in Your Own Family

I recognize that fact that she's his mother, but as far as I'm concerned, there's no relationship to mend. She no longer exists in my world.

My mother-in-law is the epitome of selfishness. She puts herself first, her family second, and her children last. Throughout the years, I've stood silently by while watching my husband face one disappointment after another. I've seen the hurt in his eyes when his mother proves, yet again, that she would rather spend time with her siblings, cousins, nieces, and nephews than her own children and grandchildren. And while I know that making time for different family members is important, you shouldn't blatantly choose some over others every single time. It's a funny thing since she rarely has anything nice to say about any of them (I can only imagine what she says about me). But I've kept my mouth shut. She's not my mother, so it's not my place.

In the past, we've alternated spending the holidays with my family and my husband's family. When spending the holidays with my family, we've always extended an invitation to my mother-in-law. She's never accepted. I love my husband, but he has never been able to stand up to her. Instead, he just listens to her excuses, acknowledges that she's selfish, broods about whatever crappy thing she's done now, and ultimately gives her a pass because "there's no changing her." I agree that there's no changing her, but watching this cycle over and over again fills me with an ugly rage that I don't like. And each time he gives into her, each time we schlep ourselves and the kids to whatever thing her precious family is hosting, I can feel the smugness radiating off of her. I can hear it in the condescending "sweetheart" and the way she intentionally mispronounces my name after almost two decades. Each time, she knows she's won, and she knows it kills me. But that's all over now.

Related:
What It's Like When Your Grandparents Don't Care About You

Earlier this year, she delivered a real punch to my husband's gut when she decided that attending our child's First Communion was too much of an inconvenience. With my kids now involved, I stepped in. I calmly let her know that my husband and I both felt that, as their grandmother, she belonged there. It was the first time she had ever been called out for her behavior, and she didn't like it. She began an unintelligible tirade, chiding us for not being more understanding (of what, I'm not entirely sure) and wanting to know how we dared to question her. Then, in a desperate attempt to keep my husband on her side, she made her biggest mistake: she tried to divide and conquer.

My husband started receiving a barrage of text messages in which she accused me of saying all sorts of things that I never said. Unfortunately for her, she had been on speakerphone, and my husband had been sitting next to me. He had heard everything and knew she was lying. He also knew that there were no excuses he could make for her behavior this time. She was trying to come between us. She was trying to cause discord in our marriage and our home. And as far as I'm concerned, no one is going to mess with my family and get away with it. It was officially game over. I had my out, and I was running with it.

I have spoken to my mother-in-law once since this incident. I answered the phone to give her the opportunity to apologize. She didn't. She has called a few times since then, at the prompting of my husband, but I'm not interested, because at this point, it's too little, too late.

Related:
I Send My Son to See His Grandparents as Often as I Can, and I Don't Feel Bad About It

I do wish that my husband would be a little more angry about how she treated both me and our children, but he simply doesn't have it in him. He has, it seems, stopped going out of his way to check in with her, insisting that if she wants to fix their relationship, it's on her. I guess it's better than nothing, and I can only hope that she feels it. As for me, I recognize that fact that she's his mother, but as far as I'm concerned, there's no relationship to mend. She no longer exists in my world. Should he choose to, he is welcome to take the children to visit her. Or, he is free to invite her to our home, and I will happily take the day to myself. But for now, at least, that's it.

And under no circumstances will I waste anymore holidays spending time with a woman who refuses to pronounce my name correctly, who lies about me, and who would resort to causing strife in my home and upsetting my children. After all, the holidays are all about comfort and joy, and that's exactly what my family and I will have this year without her there.