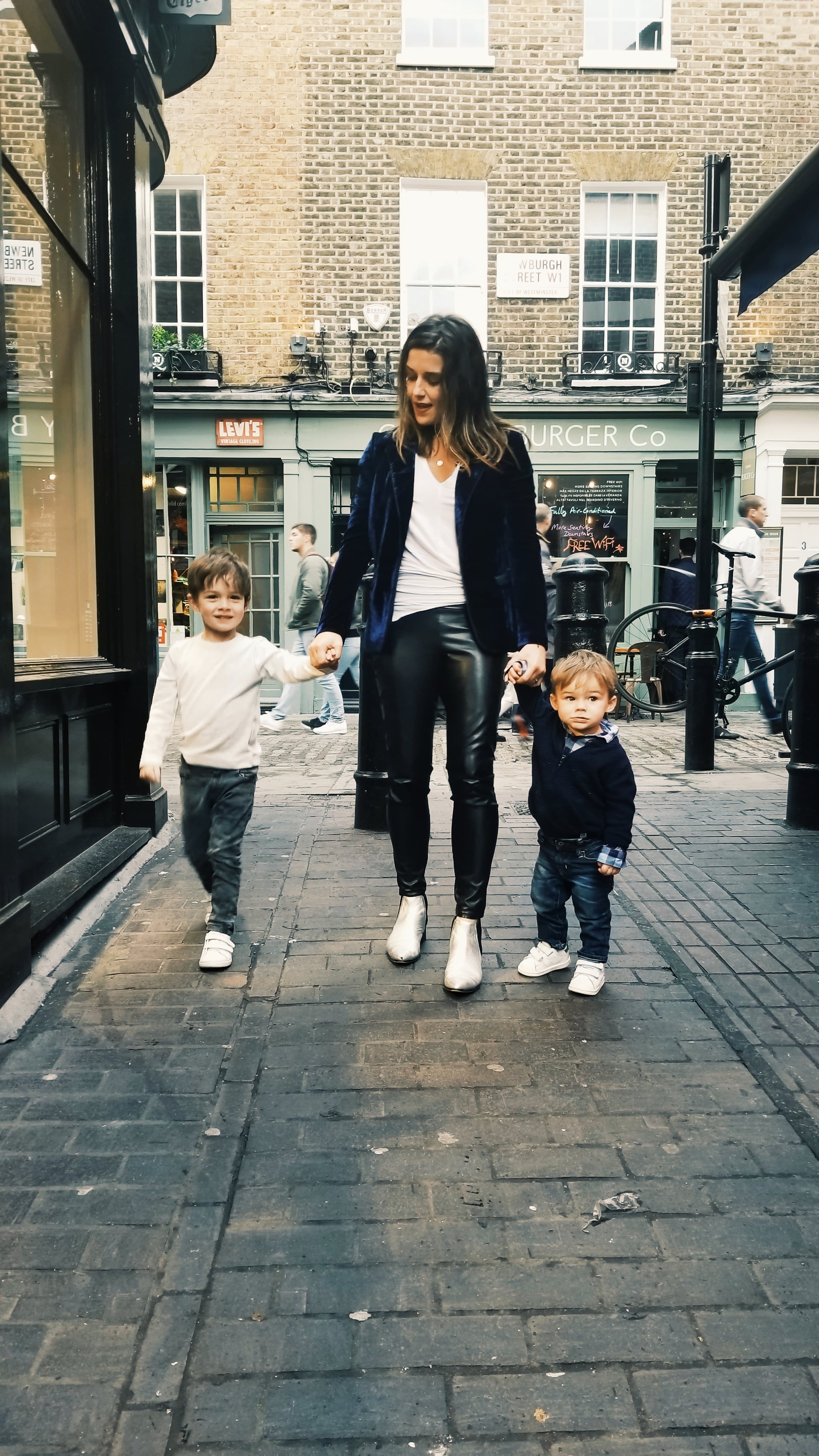 Let me start off by saying that I really just want a third child, period. Boy or girl, I'd be happy with either . . . but if I'm being honest, I'd be really, really excited if it was a girl. It's not because I'm dying for more estrogen in a house that has far too many penises, because I'm envisioning mani and pedi bonding dates, or because I'm lusting after the baby girl dress aisle. No. I want to have a daughter because, right now, I'm staring straight down the barrel of mother-in-law status for life. Could it be in the cards that I'm cast out of the very family I helped create? The answer is yes.

I know, I know . . . it's so cliche, and you're probably rolling your eyes, but there are legit reasons why I'm scared. Mainly, science. Google "mother-in-law relationships" and actual studies will show how there's a biological explanation for why, on average, mother-in-laws who don't have daughters tend to have a harder time with family relations than others. But data aside, I have my real life to also make me wary.

Related:
How to Survive Being a Working Mom With a Traveling Husband

What if I'm not afforded the opportunity to be close to my grandkids simply because I had sons?

Growing up, my grandma on my mom's side was a queen in my eyes. No one could compare, especially my dad's mom. Not because she wasn't great as well, but she and my mom didn't have a close relationship, so our relationship was never going to get to the point of intimacy that my relationship with my mom's mom was. And now that I'm a mom, I see it playing out again.

When I had my kids, the first person I wanted to see was my own mom, and she helped care for both of my sons immediately following their births. I wouldn't have even thought to ask my husband if he wanted to see his mom right away, even though, technically, they're just as much his children. My mother-in-law also lives in England, so that's a contributing factor, but let's be real . . . the mom (typically) rules the roost, and I don't know any of my friends who opted for their mother-in-laws to come help with their babies ahead of their own moms. The mother-daughter relationship is arguably deeper (albeit more complicated) than a mother-son bond, and a part of me gets sad that I may never get to experience that connection. Even the terrifying teenage daughter years. I say bring it on.

Related:
12 Fun Mother-Daughter Activities to Bond With Your Favorite Girl

You know the saying, "A son is a son until he takes a wife, but a daughter is a daughter all her life"? In my mother-in-law's case, one of her sons left London to live in America with a woman. It's only now that I have two sons of my own that I try to imagine myself in her shoes. It can't be easy to have your son live so far away, start a family, and not have a super close relationship with his wife. As a result of all of the aforementioned — but mainly literal distance — my kids don't end up seeing their paternal grandparents as much as they should. I imagine this exact scenario could also be in my cards.

I know I probably sound like a crazy person even thinking about this, especially since my kids are 4 and not even 2. But they're the loves of my life, and if the fates allow, I'll be a grandma one day. But what if I'm not afforded the opportunity to be close to my grandkids simply because I had sons? It's an inkling of a thought that remains tucked in the back of my mind. And with that, Operation Try For Number Three (but let it be a girl) lives another day.