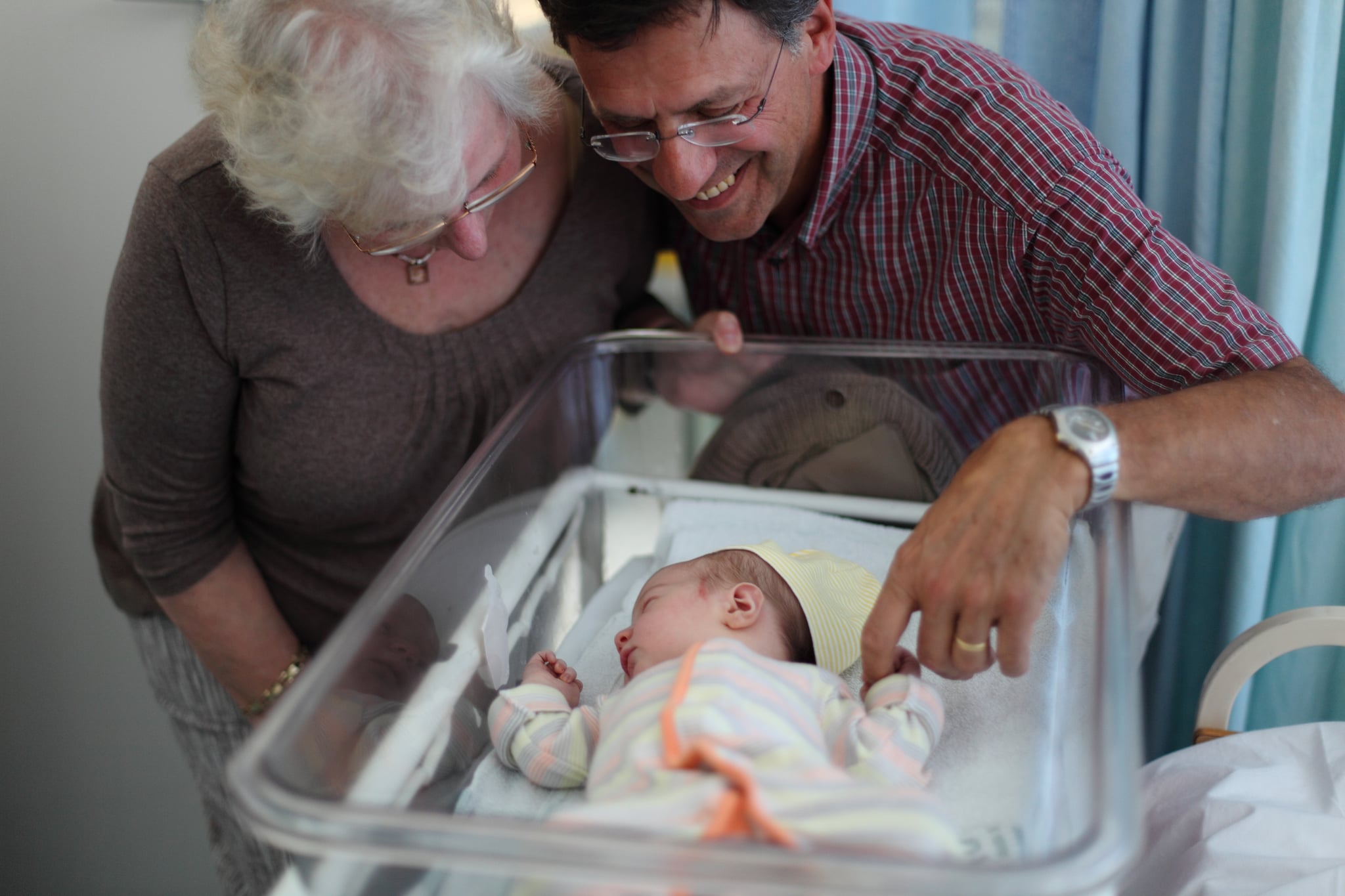 Let me start by saying that my kids (and my husband and I) hit the grandparent jackpot. Our children have four loving, highly involved, and devoted grandparents who put a lot of time, energy, and, let's face it, cash, toward ensuring they have a close relationship (sometimes too close, but that's another story).

That bond is helped by the fact that my 6- and 4-year-olds are the only young kids on either side of the family, meaning they have no cousins to compete with for their grandparents' attentions. It's also fueled by my husband's and my own closeness with our parents. Both sets live within a couple of hours of us, we speak to them almost daily, and we vacation at least a couple of times a year with my parents. While those tight connections are a blessing, they also mean that it took a long time to realize that it was my husband and I, not our parents, who needed to set the rules for our kids, our schedule, and our home.

I realized that no matter how hard they'd been holding on to their positions as heads of the family, they valued their time with their grandkids much more.

Once you become a parent, setting boundaries with your own parents can be superuncomfortable; after all, you probably have a few decades of experience with it being the other way around. But for every family, it has to happen. The baton needs to be passed from one generation to the next, and new parents need to assert that the ones who have the babies make the rules.

I admit, it's not easy. For years, my husband and I kept up with his family's tradition of going to elaborate, three-hour, fancy dinners for every birthday and holiday. We'd drive hours to whatever restaurant the celebrated person had picked; pray that this would be the dinner where our children would behave; realize um, yeah, right (what 2-year-old wants to sit at a steakhouse for three hours?); cut out before dessert, citing that it was already hours past the kids' bedtime; then drive home vowing we'd never do it again. Until they'd ask us to come to the next birthday celebration the following month, which we felt like we had to agree to.

Related:
7 Lessons About Love I Learned From My Grandparents

Finally, we'd had enough. We told them that we appreciated their tradition, but we'd no longer be attending unless we could adapt it to make it kid-friendly. This meant earlier meeting times (birthday brunch is just as valid!), shorter durations, and closer distances to our house. Shockingly, they agreed to all of the above without a single complaint. And that's when I realized that no matter how hard they'd been holding on to their positions as heads of the family, they valued their time with their grandkids much more.

The same thing happened when I had to talk to my own parents about shortening family vacations because the kids were too off schedule, or postponing visits because I just couldn't face another long ride with a toddler who hates the car. Were they disappointed? Maybe. But they never questioned that it was my decision to make.

Of course, we still have battles over how many ice cream cones is the appropriate number to give my kids in a given day (I say one; my mom insists that three is totally acceptable) and how many gifts to give a small child for holidays like Thanksgiving and Easter (I say none; they say as many as they can fit in their cars). But when it comes to the big things, everyone knows that my husband and I make the rules, and grandma and grandpa? They're expected to follow them.