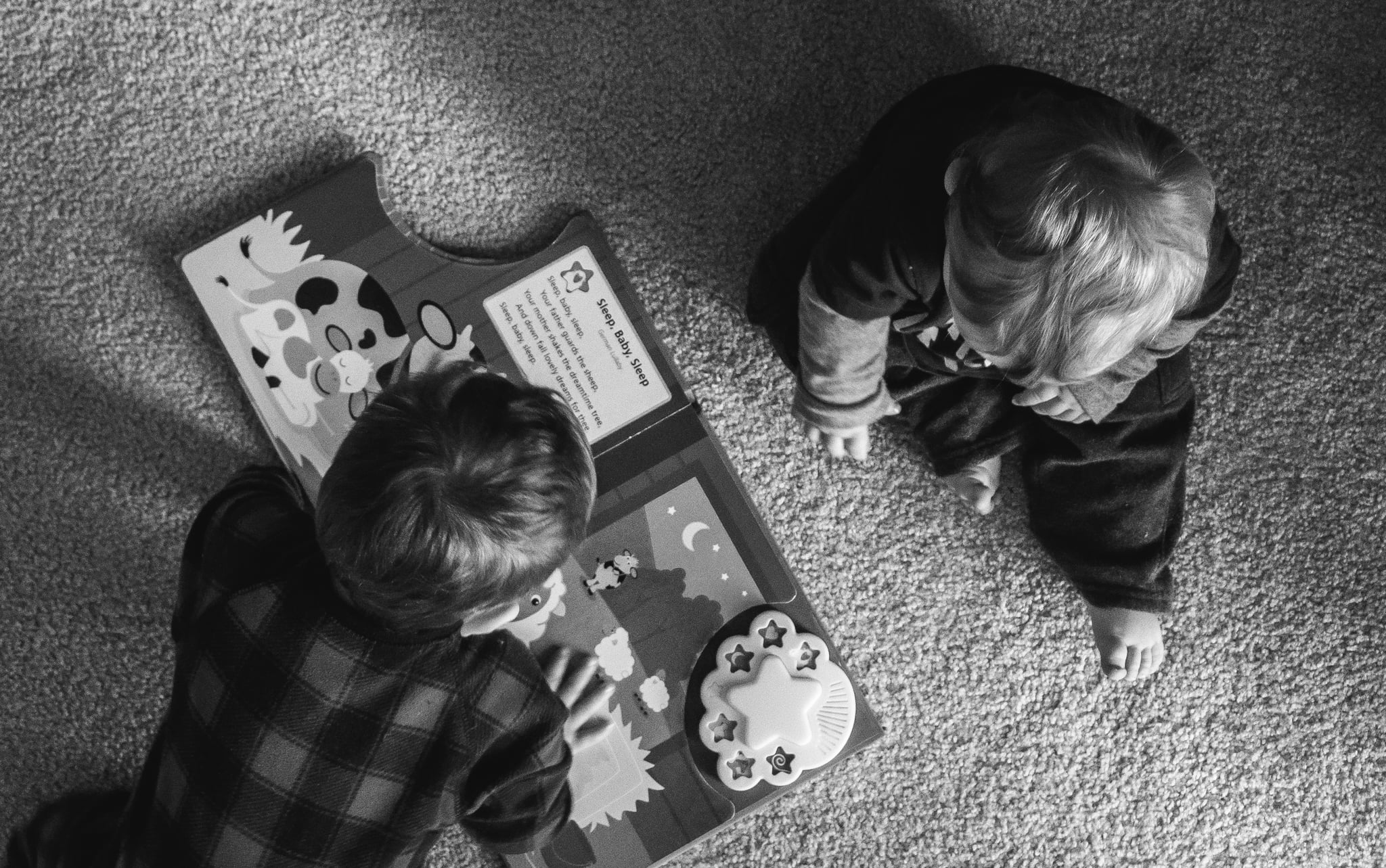 I'm making a real effort to ignore my children more . . . and I swear it's for their own good. Roll your eyes all you want and judge away. Call me negligent, selfish, or a bad mom all you want. But, seriously, I think I'm onto something. Maybe, just maybe, I discovered the magic ingredient for raising strong, independent, self-sufficient human beings: a little less attention.

Here's the deal. My children — ages 3.5 and 6 — are pretty much my world. I work part-time from home, but basically I am their beck-and-call girl, serving up meals; cleaning up toys; delivering them to and picking them up from play dates, camp, and school; rolling around with them on the floor; and joining them in repeated viewings of Moana and weird Netflix shows they love and I don't get at all. I swim in pools and lakes with them; I suggest, then participate in, puzzles and games made for toddlers; I tell jokes that actually make them laugh. In short: I know I'm a good mom, at least the definition of one that we've all accepted through Instagram, Facebook, and blog posts.

But what is the result of all that entertainment I'm so happily providing? They look to me — and for the most part, to me alone — to do pretty much everything for them. From pulling prepackaged snacks from a pantry shelf they can easily reach to providing entertainment when they're bored, I am their first stop. For years, I thought this was some kind of badge of honor, but the older they get and the more experience I gain at this mom thing, I'm starting to think that all my work for them could really be working against them.

I don't want to raise entitled, lazy, dependent humans. I want my children to feel thirsty and know the quickest route to a drink is by getting it themselves (except my 3-year-old, who I'm quite happy to serve all liquids to in a spill-proof cup). I want them to feel bored and use their imaginations to invent a game they play together, with all the compromise and conflict resolution that entails. I want them to fail, if only so they learn how to pick themselves up and persevere. I want to be their backup support, while they themselves are their own first lines of defense.

So I'm ignoring them. Not completely, of course, and not for the stuff they really need me for. Oven- and knife-use is still my department, and unfortunately, it's a little early to teach them to drive themselves to those never-ending kid activities. But I am no longer willing to be a 24/7 camp counselor/maid/assistant for tasks they can — no, should — be doing themselves.

Yes, the whining has increased. I'm hearing "mommy, mommy, mommy" a little more than I'd like, but I also see that it's working. They've started turning to each other when they're bored before asking me to entertain them. My daughter is taking pride in independently doing things, like cleaning up her own dishes and picking up her room, instead of assuming the tasks will fall to me.

Our relationship suddenly feels more like a partnership (uneven, but rightfully so) than an indentured-servant situation. So I'm going to keep ignoring my kids. Not totally. Just enough to make us all better versions of ourselves. Someday, they just might thank me for it.

Child Health and Safety
COVID, the Flu, Croup, or Strep Throat? How to Understand Your Child's Symptoms
by Kate Schweitzer 1 day ago