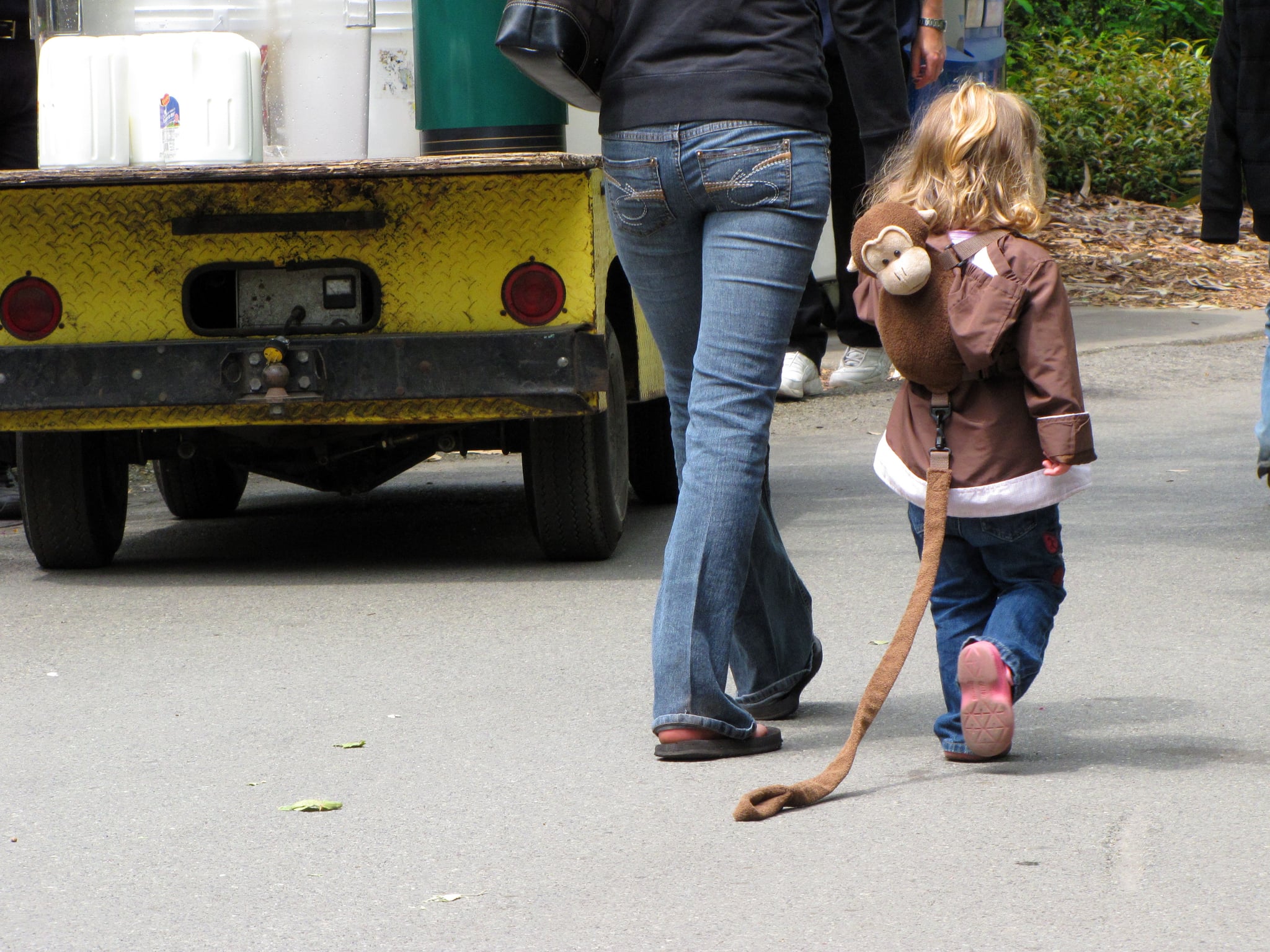 When it comes to parenting, it seems like no decision is free from the judgment of strangers. From breastfeeding to screen time, mothers are flooded with other people's opinions, which makes it pretty difficult to turn a deaf ear. It was that same concern over what people would think that had one mom turn to Reddit for advice about using a leash for her child.

While preparing to take a trip to Florida to visit her in-laws, Reddit user mpr1011 was planning to use a Minnie Mouse backpack with a leash to navigate the busy airport, but was worried about how other travelers would view this. "I know I shouldn't care what people think but these days people will post picture of 'terrible parenting' mistakes," she wrote on Reddit. "I think I'd feel more comfortable at the airport if she was attached to me while she ran around, it would be better than running into people as I chase her into a busy crowd."

The fear of how strangers would view her, and her desire to not end up on a mommy-shaming blog, led her to ask for people's opinions about leashes.

Quite a few posters, like Reddit user InannasPocket, recognized that they used to judge parents who leashed their kids. "I used to (internally) judge people who used them. Then I experienced my nephew as a toddler, who would summon super-human strength to wrench his hand out of your grasp and just . . . dash headlong at whatever was interesting regardless of potentially deadly obstacles," she wrote in the comments section.

Thankfully, most of the other comments were supportive of her decision as well, and many users shared their own terrifying stories of their toddlers running off without leashes. Yet, despite the obvious safety concerns, there is still that fear about what others think of our parenting choices, which is most definitely a problem.

Related:
The Only 3 Times You Should Ever Give Parenting Advice

There are a lot of reasons parents would want to use a leash. Some parents might use a leash to help keep an eye on a small child in a crowded space, especially if they have more than one kid. The fear of stranger danger might also encourage parents to use a leash.

Toddlers love to push and establish boundaries, which takes time to work through. For some little tykes, the words "no" and "stop" are less of a command and more of a challenge. When my son had just learned how to run, he thought it was hilarious to bolt as fast as he could away from me, often threatening to jump into the street to "touch cars." This was a terrifying stage in his development, one which thankfully he has grown out of, but not without some training.

We used a backpack with a detachable leash in crowded places like museums, street festivals, and train platforms. This allowed me to safely teach him "no" and "stop" while within safe boundaries. It was a tool that worked for us and made me feel safe. Still, every time I busted out the leash, I felt a pang of anxiety that I was being judged. I managed to push that nagging feeling down each time, but it was always there.

Yet these safety concerns don't seem to matter to the portion of the population that has decided that, because they raised their kids without using leashes, modern parents shouldn't use them either. I'm a long-standing proponent that parents should feel comfortable to do whatever they feel is necessary to keep their children safe and healthy, and if that means leashes for some, then that's what they should do.

What I'm not a fan of is parents feeling the need to base safety decisions on the opinions of strangers. Parenting is hard enough without feeling judged by people who shouldn't have any say in my life. If I don't trust you to change my kid's diaper, then I don't need your unwanted, unsolicited parenting opinions.

Little Kids
Your Little Ones Will Adore These Top 20 Toys on Amazon, All on Sale For Black Friday
by Anvita Reddy 2 days ago