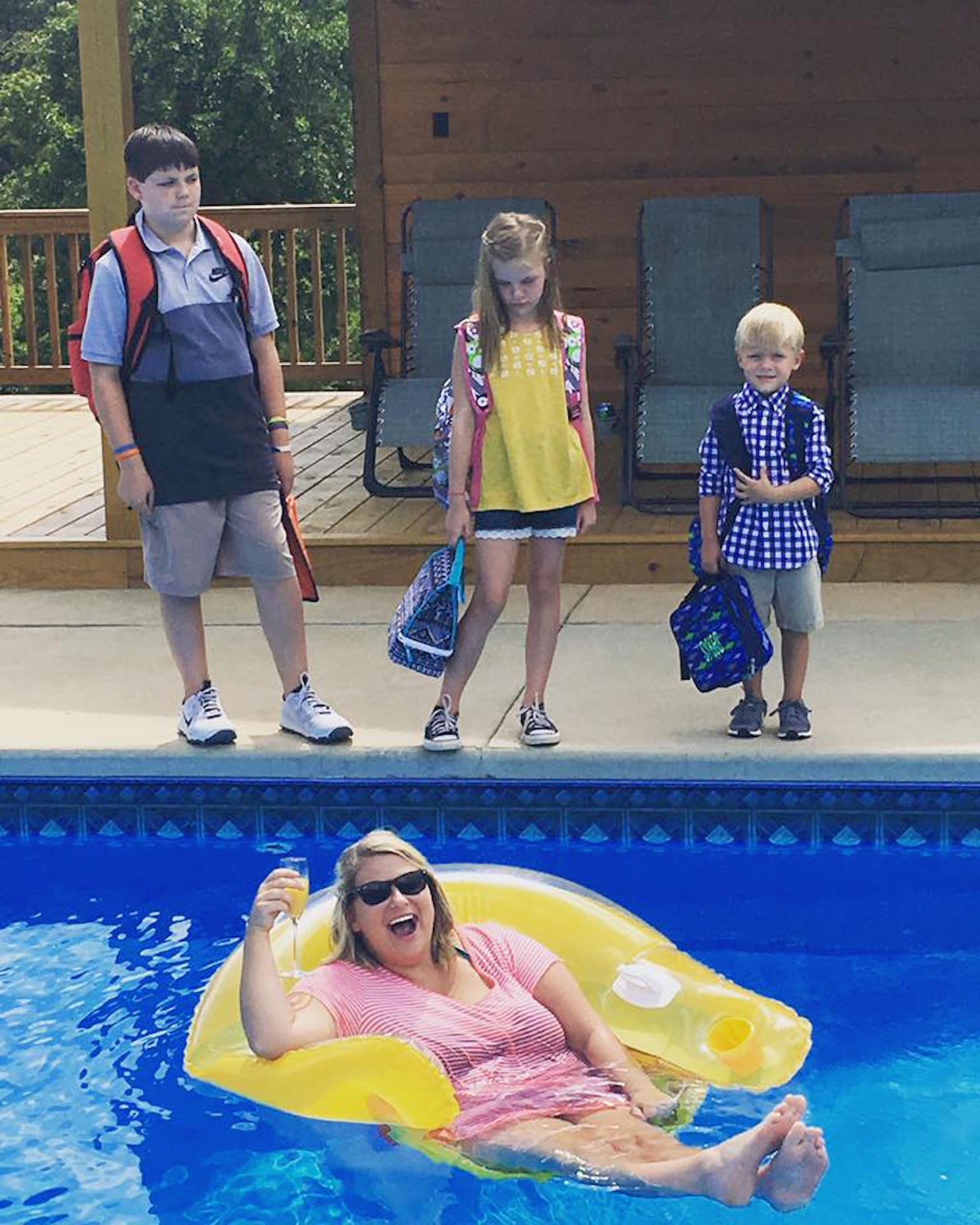 Ladies and gentlemen, the search is over: it looks like we've just discovered the be-all and end-all of hilariously relatable back-to-school photo. On Aug. 7, Jena Willingham bid her kiddos adieu on their first day of school with a celebratory picture that's making mamas everywhere say "same!"

The Alabama mother of three took a photo in which she's joyously lounging in a bright yellow pool float, cold drink in hand, while her kids look on bitterly from the side of the pool, lunch boxes in hand and backpacks in tow. When she shared the picture on her Facebook, it went totally viral, garnering more than 16,000 shares and loads of comments declaring it "the best back-to-school picture ever." One user loved the photo so much that she commented, "I literally just burst out laughing in the dentist office waiting room where it's so quite you could hear a pin drop!" Honestly, same.

For Willingham, this first day of school isn't just any ol' first day. "With my 4-year-old starting this year, it's the first time in 11 years I have been without a baby every second I am off of work," she told POPSUGAR. So what does she plan to do with her newfound spare time? "I will probably do the same thing I always do on my off days," she said. "It will just be a little easier grocery shopping and showering without the kids! I work as a mail carrier so I won't get to have a pool day every day, but hopefully on some of my off days I can get a chance to get in!"

Alright, someone get this woman a medal for this epic picture. It's so much more relatable and real than those corny first-day pictures we're all secretly guilty of snapping.