As people collectively wince across the internet, one mom is sharing her experience delivering one of the biggest babies to be born naturally.

Charlotte Hawthorn had no idea that she was going to be delivering one of Britain's largest newborns to be born vaginally without medication — but instead learned the hard way after five hours of labor and two hours of pushing. Charlotte's midwife first realized what this mom-to-be was in for when she saw the sheer size of the baby's head emerging during birth and immediately called for backup.

After impressively delivering baby Rory, Charlotte and his father, Mathew Williams, learned that their little one weighed twice the amount of most newborns: 12 pounds, 7 ounces.

"Nobody had an idea, it was a huge shock to all the staff as well as me and my partner, but we are just relieved that the birth went so well considering, apart from hurting a lot obviously," Charlotte told the Daily Mail. "He is gorgeous, we call him our little hunky chunky."

Charlotte was induced two weeks after her due date and was on her feet a few hours after his birth. "I started pushing at around 7 a.m., but no matter how hard I pushed, nothing happened. I was giving it everything I had and getting nowhere," she recalled. "At one point I got frustrated because Mathew thought I wasn't pushing hard enough when I really was. I think when he finally came out people realized what I had been up against."

Like many moms, Charlotte had spent months thinking about what she was going to dress her new baby in for his first photo and leaving the hospital but quickly realized that everything she had was way too small for Rory. "When they took me to the ward and I saw him next to other newborns, that is when it hit home how big he really was," Charlotte recalled. "I met another mom and we put them side by side and nobody could believe I had really just pushed him out myself. He looked like a giant; bless him."

Babies
If Your Baby Wakes Up Crying Hysterically, You're Not Alone — Here's What May Be Going On
by Sydni Ellis 5/13 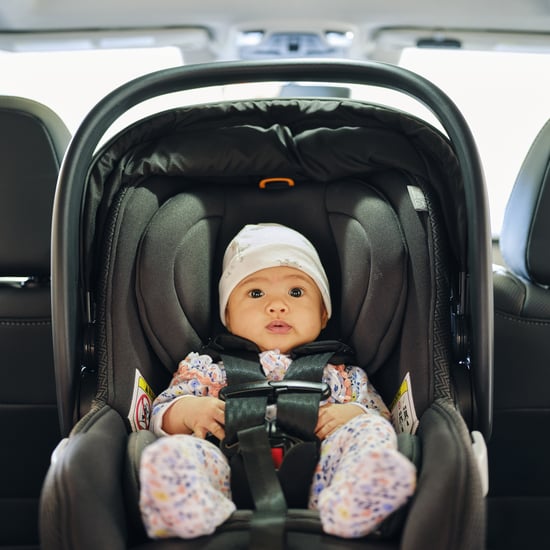 Babies
Got a Sweaty Baby? Here's What May Be Going On, According to Doctors
by Elisa Cinelli 5/13