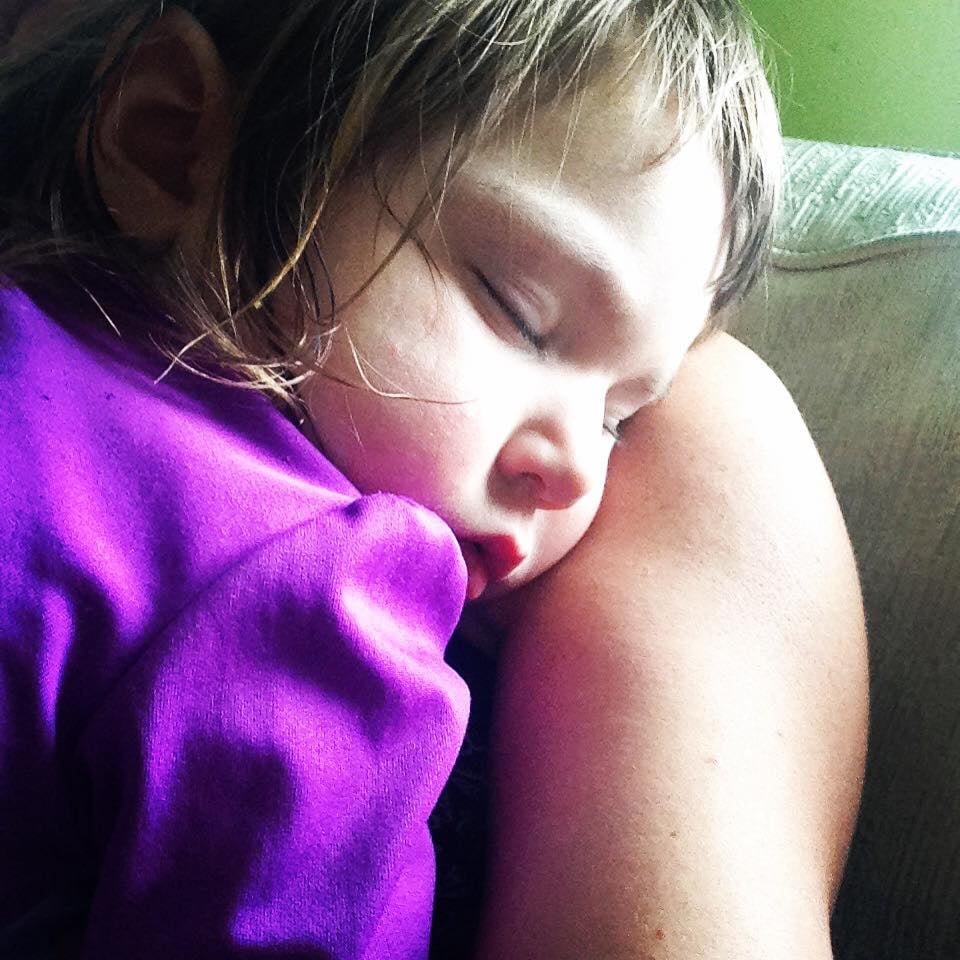 Despite being nervous about what others would think of her, Britta Eberle made the bold decision to publicly admit that she did the one thing that most "good" parents assume they could never be capable of: she forgot her baby in a car.

"I was hesitant to share my story because I was worried that it made me look like a bad mom. But then I realized that many parents have probably had this exact same feeling and kept it bottled inside because it is so hard to talk about it," Britta told POPSUGAR. "I wanted to share my experience to raise awareness because if I could do this then anyone could do it. I never thought I was capable of making a mistake like this until I did."

Britta explained that when she and her family arrived at a friend's house, she "did the unthinkable" and didn't realize that 2-year-old Ava was still in the car. "In our excitement we all darted out, assuming that someone else had remembered to grab the youngest member of our clan," she wrote on her Facebook page, This Is Motherhood.

However, in the heat of the moment, nobody remembered the toddler, and Britta shared that her little girl sat in the car for around 20 minutes before somebody realized. "It was such a small mistake but it could have had devastating consequences," she wrote. "Thank god we were parked in a safe place. Thank god it wasn't hot outside. Thank god she wasn't alone for long. Thank god she has already forgotten about it and forgiven us."

Related:
4 Hot-Car Tips For Parents — Even If You Think It Could Never Happen to You

Despite Ava's "forgiveness," it will be a long time before Britta is able to let go of this incident, and she hopes that other moms will learn from her instead of shaming her:

I usually think I'm a good mom. But I made a huge mistake today and I feel terrible. There are no excuses for what I did. And part of me doesn't want to share this. I don't want the world to know how badly I've failed. But then I think that I have to share this. I have to own up to my mistakes. I have to tell the world how far I am from perfect. And how if I did this, anyone could do this. And that scares me but also makes me judge a little less and makes me pay attention whole lot more.

Instead of any number of tragic alternatives, Britta was able to snuggle her baby girl to bed that night and appreciate just how "incredibly lucky" she and her family are. "We are always so much closer to the edge than any of us realize," she wrote. "Hug your babies tight and practice forgiveness. Forgive those that make mistakes, even if the person who you need to forgive is yourself."

Child Health and Safety
What Parents Need to Know About Multisystem Inflammatory Syndrome, an Illness Related to COVID-19
by Murphy Moroney 3 days ago