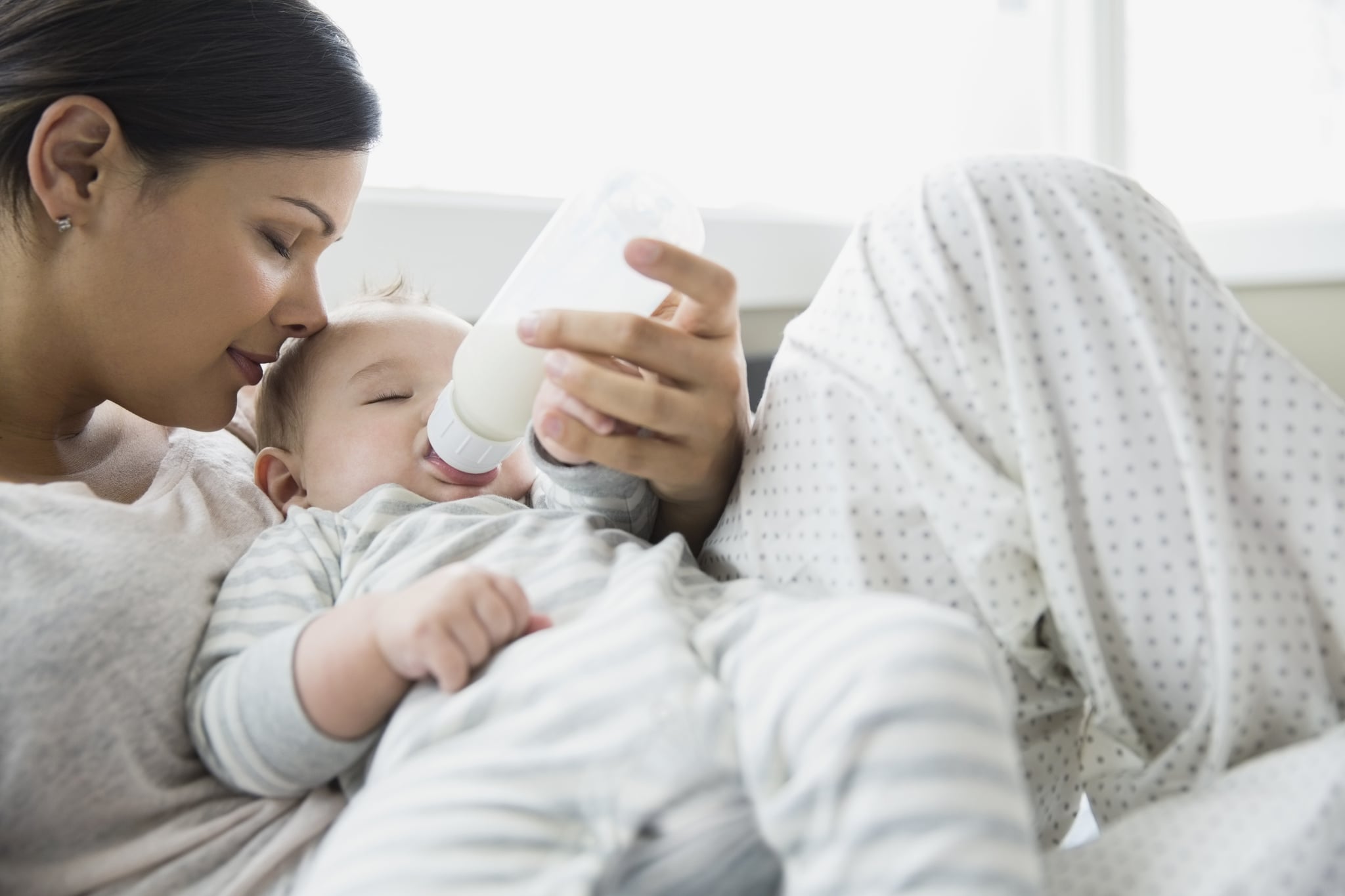 I breastfed my now 2-year-old son for the first 10 months of his life. At month four, I began to include formula in his regime if I hadn't pumped enough at work that day or was going to be separated from him for longer than usual. At month five, he started eating solids in addition to nursing or taking bottles, and at age 1, his beverage of choice became regular whole milk. There's nothing that out of the ordinary or very exciting about this year-one diet, but for some reason, the way we feed our babies has become one of the most controversial and heated topics in the parenting world. "Breast or bottle?" may sound innocent enough, but too often the question is steeped in judgment — about the kinds of parents we are and even the kind of people we are.

The first time it really hit me as to just how divisive of a topic breastfeeding could be came a few months before my son was born. I was at a seminar on the topic at the hospital where I was scheduled to deliver when the instructor looked around and asked the room full of pregnant women: "How many of you were breastfed by your own mothers? Raise your hands." I was, so I did. "Now everyone with your hands up, give your moms a round of applause!"

Wait, what?! What about the rest of the room? We were all in the same place, presumably healthy and reasonably happy with babies of our own on the way, right? Why was this "expert" creating an intentional divide? As I'd soon learn, the separation that she created was a theme that would continue to present itself throughout new motherhood.

Somewhere along the line, the breastfeeding movement, which started out as something great — a motion toward understanding and accepting the incredible benefits that come along with feeding our babies breast milk — has done the opposite of supporting new mothers. It's plagued those who don't choose (or are unable) to breastfeed with guilt or the need to defend themselves — to the point that a breast-cancer survivor was recently moved to share her story as to why after a double mastectomy, she couldn't do it and was tired of having to explain herself.

The first time I bought formula was the week of my 30th birthday. I'd just returned to work after maternity leave, and I was going out to dinner to celebrate with my husband after work. As I calculated every last ounce of breast milk that I was leaving with the nanny vs. the amount of time I was going to be away from the baby, I finally realized that this was ridiculous. I was entitled to a night out. My son was entitled to access as much food as he needed to feel satisfied. So I walked to the corner pharmacy, bought a box of Similac, and (after mixing some with breast milk to ensure he could drink it without any issues) instructed his nanny to use only as needed. I had wavering feelings of guilt and uncertainty, but when we got home at the end of the night and she told me she'd given him a couple of ounces, I peeked into his crib and saw him sound asleep and content, and I have to admit, I felt liberated.

From then on, I used formula as my backup plan. Not because breastfeeding was too much work, and not because I didn't want to do it all of the time, but because sometimes it simply made more sense. While I always was (and always am!) mentally tethered to my baby boy, having a plan B if the milk supply was low afforded me the freedom that I needed at that point to maintain my sense of self. Is that rationale a selfish one? Maybe. Honest? Definitely.

The moral of my story: however you decide to feed your baby is just fine. Maybe you're committed to exclusively breastfeeding for as long as possible, and biology granted you the ability to do so. That's great. Maybe it's not working out for you, but the baby's taking to formula like a champ. That's great, too. And maybe you fall somewhere in the middle and give them a little from column A and a little from column B (as I believe more of us do than choose to talk about). That works, too. Because while nutritional intake is important, so is a new mom's ability to feel confident in her abilities to do what's best for her child. We should all feel supported, and in 30 years, our kids should all raise their hands and give us a round of applause — no matter what their first food was.