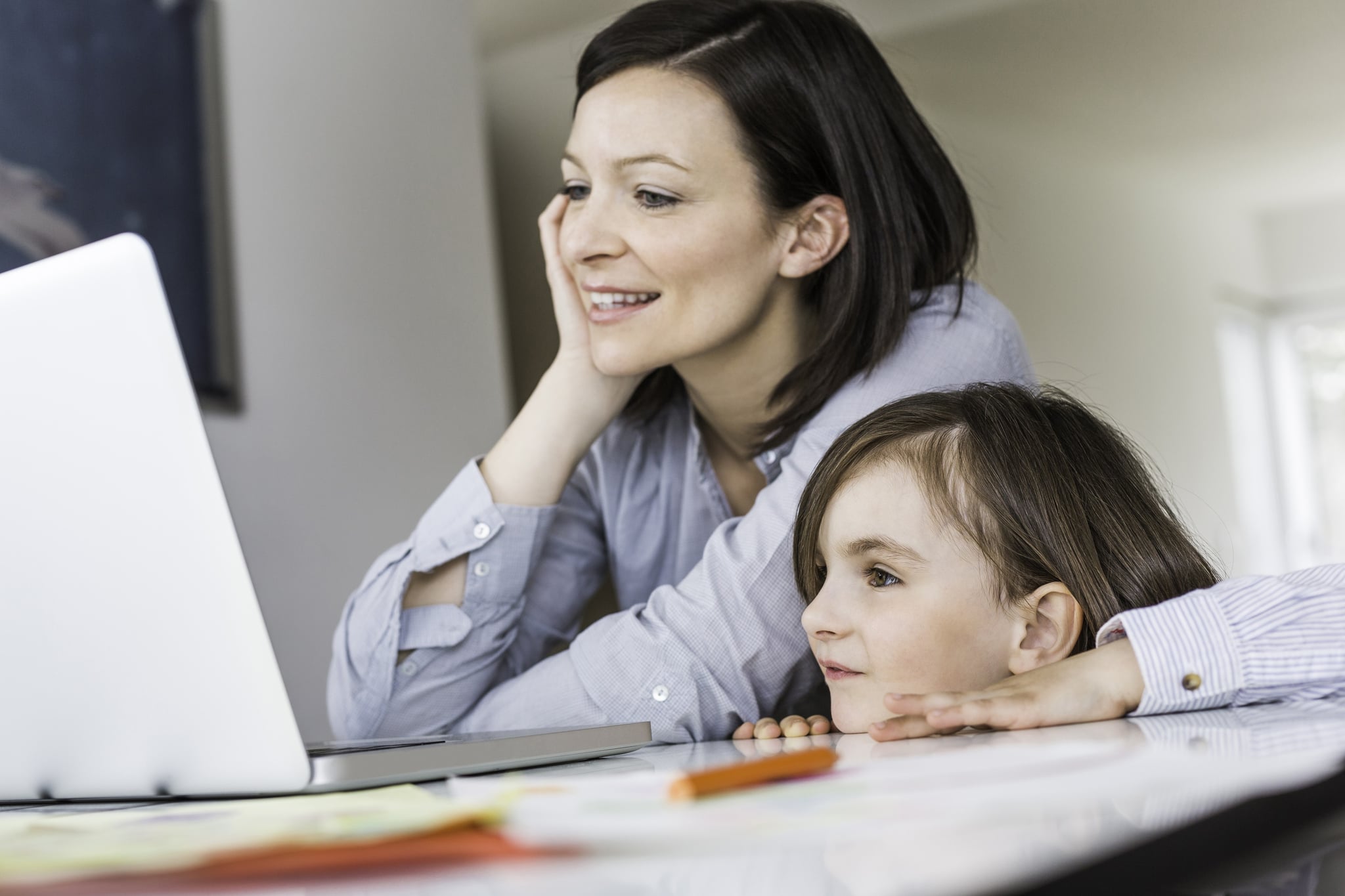 The last time I was single was over eight years ago. I had perused online dating sites before meeting my ex-husband and was never a huge fan. It wasn't god-awful, but I just felt it took too much work, the guys were too creepy or old for me, and I never felt compelled enough to go out on a ton of dates. Now that I am almost divorced, though, a co-worker of mine gently nudged me to give it a try and see what the whole online world has to offer. Besides, as a full-time working mom in her 30s, I don't have a ton of single people in my social network anymore. And as much as I don't feel ready for anything serious, I figured it would be nice to get out and have some fun. How bad or hard could it be to grab some coffee, tea, or wine with someone?

Boy, I was not ready for the online dating world that I was greeted with.

Call me naive, call me blond (I am, proudly and naturally), or call me stupid, but while it's more popular to date online now than back before I got married, it also seems a little crazier. Here's what I found as a newbie in the online world again.

My one high school friend jokingly calls me a cougar. I don't have a finishing school for young boys, so I'm not sure if I qualify, but the guys who contact me are young. Young like they're probably still driving their very first car. Young like they probably just discovered the proper words for female genitalia. They message me, sweetly:

"I like older women."
"I'm very mature for my age."
"Older women know what they want."

I'm pretty sure that last one is simply code for we're more sexually aggressive in bed.

Coupling with a younger man just seems too Freudian; men missing their moms, perhaps? Besides, I have gotten older since my last stint in the virtual dating world, so it's only a natural progression, perhaps? Like my previous life in the online world, I still get contacted by the guy who could be my dad or grandfather for that matter — yuck! ­­— but I wasn't quite prepared for the flurry of youngins who are banging on my door.

The good news is more people of all types are online now. When I put up my very first online profile premarriage, there weren't as many young people online. A lot of the sites had busy, career-driven people with no time to meet folks, or recently divorced people looking to date. Now online dating is more of the norm, and there's all walks of life: from the 20-year-old to the 60-year-old, and that's a positive, in my opinion.

Like my ex-husband tells me, "There's an ass for every seat." Love is out there for everyone.

Is it me, or have men gotten nastier, or just more persistent? Before I was a married lady, there were a few guys online who would pester me if I didn't respond, but now if I don't answer someone, I get insults hurled at me by the dozen and a flurry of numerous emails from someone I've never even responded to.

"You're probably not that funny anyway!"
"What's wrong with me? Am I not your type?"
"I guess you don't want a real relationship. I guess you're just looking for sex." (Not with you I'm not, pal.)
"Bitch."

It's insane. One guy sent me four Shakespearian-length emails that, while sweet, were insanely long. I'm surprised there weren't footnotes along with his words. I finally messaged him back to say thank you for the sweet words, feeling guilty for his efforts, but that I was not interested. His response?

"Thank you. Sometimes all we need is closure." Closure? I didn't even shake your hand.

The intensity, the persistence, and the nastiness were not what I expected.

A guy messaged me asking if I would mind being his foot slave, whatever that entails. I then went on Facebook to discover that lo and behold, he had messaged other women — friends of mine in my area — the very same thing. Apparently he has a thing for blondes and redheads. One of my friends was witty enough to engage him in some dialogue on said "foot slave" duties. It was hysterical!

I've also been asked to join threesomes, be someone's third girlfriend, ("I'm polyamorous and have a primary partner who is my main partner and a secondary partner who I see from time to time," the man explained) and other various sexual acts. Again, the amount of sexual requests this time around as a newly single lady has tripled. I don't think I'm any better-looking, but that perhaps people have gotten bolder!

My co-worker nudged me toward one very popular dating site after meeting her husband on there, so I gave it a shot. Guess who comes up as a 95 percent match for me?

Talk about the ironies of a digital world! Like someone passing by a car accident, I had to look at his profile. Ugh, why did I do that? His profile is perfectly fine and lovely, but seeing your ex up there in "lights" is a tough pill to swallow.

After trying the sites for a short time, I am retiring my accounts for a while. Why? I know a bunch of happily married people who met their better halves online, but I don't have the energy, heart, or time right now to make it work like they did — to weed through the foot-slave applications to find a prince.

I made it out on one single date and never went out with him again. Nothing personal, but I wasn't interested. It was a great experience, though, because I put myself out there, and besides, he was a nice seemingly normal single dad and not a serial killer. In my newly single life, that's a victory in itself.

One day, whether it's on some site or it's in Target somewhere, I suppose I will meet a man, and hopefully he's ready for some greatness because I am not going to let this divorce ruin my faith in love and marriage.

This little ass will find her perfect little seat.