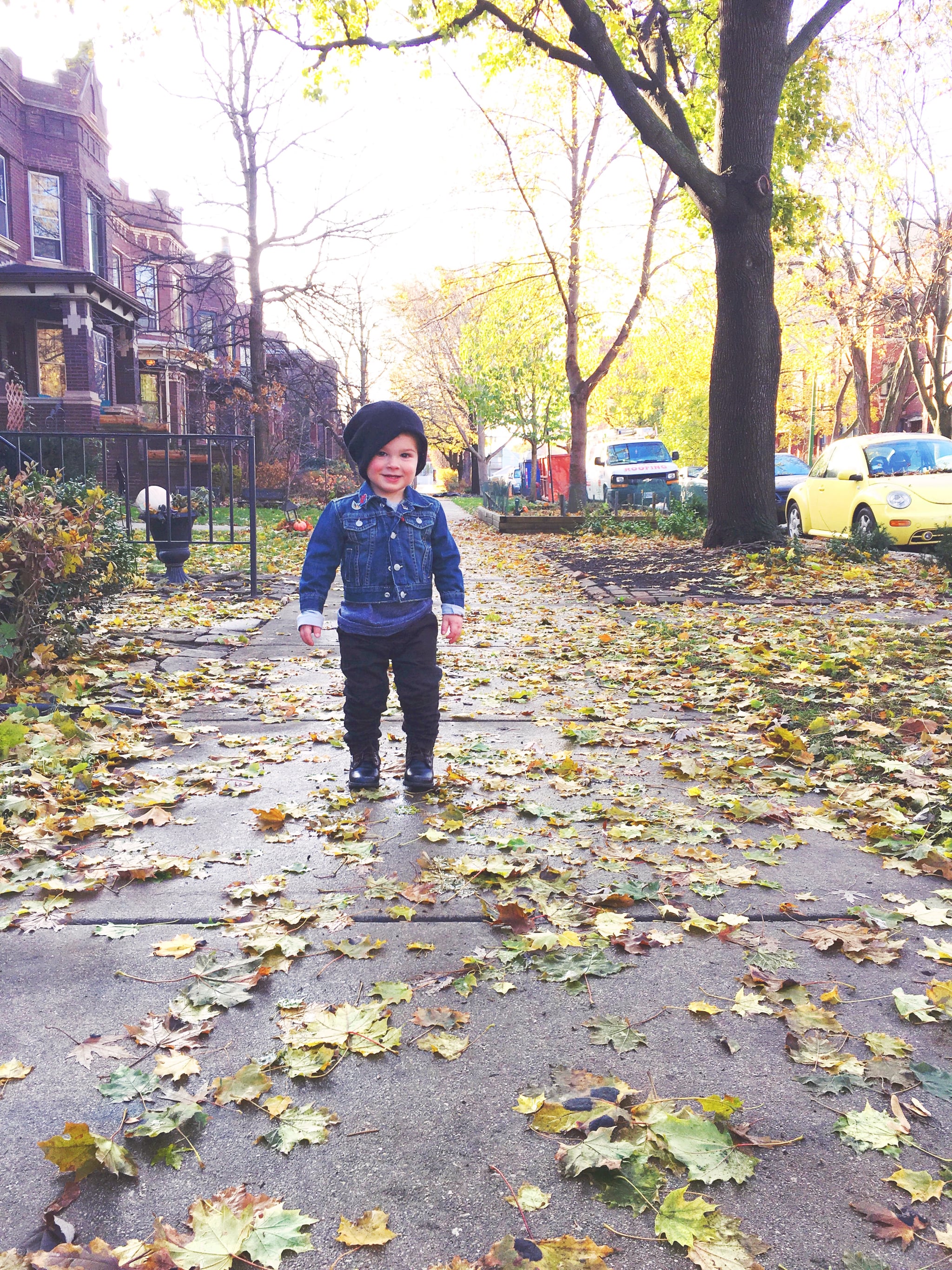 It seems like you can't read a website these days without having to listen to people bemoaning millennials and their choices. From destroying various industries to changing the way companies run, we're told that millennials have a different way of doing things. One such common complaint is that the educated younger generation is flocking to the city and eschewing the suburban life that many of us grew up with. As much as it pains me to admit it, despite my predictable love of city life, this millennial mom still suffers from city-parent guilt.

Having lived in either San Francisco or Chicago for over a decade now, city life has been everything I've ever hoped for and more. Growing up in rural California, all I wanted to do was move away as quickly as possible; the larger the city, the better. I felt suffocated by the openness with only miles and miles of orange groves and dirt to entertain me. However, now, as the parent of an incredibly active 2-year-old, I would love to have a little bit of that wide-open space that I had once condemned.

We are exceptionally lucky to have the house that we do. We own a brick two-flat in Chicago that comes in at about 1,500 square feet, with every inch of space being used. This home, though large enough for us now, is almost half the size of the current average home in the United States. My friends who live in the suburbs and rural areas are able to afford much larger homes at a fraction of what we paid for ours. Their backyards could fit half a dozen of our postage-stamp-size garden.

Now, as a parent in Chicago, I'll think back to my time spent in my own backyard as a child, playing in my own pool or tossing a football with neighborhood kids in my cul-de-sac. Part of me feels guilty that my son will never know the joy of swimming in his own pool, nor will he ever have a bedroom that's large enough for all of his friends to hang out in. When he's older, he'll never get to feel the freedom of driving down a rural highway to get to school, the windows rolled down and music blasting. Yet, for all of these things he'll never get to do or have, city life has something unique to offer.

Yet, for all of these things he'll never get to do or have, city life has something unique to offer.

Instead of his own pool, he'll be raised swimming with his neighbors at one of Chicago's many amazing city pools. Sure, he can't throw chairs in the water pretending to be a wrestler on WWE, but he can meet friends and play a game that's less destructive. Those friends, by the way, have a greater likelihood of being ethnically and religiously different from him. By the time that I went to college, I could count the number of African American people that I had met on one hand. Even living in a city as segregated as Chicago, he still has a near 50 percent chance that the people he will grow up with will be different from him, and that's important. According to one recent study, children raised in a more diverse environment are more likely to be empathetic to others and have a more open mind when dealing with new situations.

That postage-stamp-size backyard that was mentioned earlier is calm, grass-free, and manageable, which means that instead of spending hours every week mowing a lawn, or paying someone else to do it, his parents get to spend more time with him. If he wants to run around and play like a free-spirited boy, there are two city parks a stone's throw from our house.

He may not get to drive to school with the wind gliding over his outstretched arms, but he will get to walk a block to his school. In fact, he'll get to walk a lot, which has been proven to reduce long-term health risks and minimize his chance of being involved in a car accident, which is the leading cause of death in children under 13. By walking everywhere, he'll get to see his neighborhood up close and personal, not just through the the window as the car zooms by.

And yes, our house is small and he won't be able to fill his room with gadgets and toys. But instead of spending money on things that won't fit in our house, we can spend more on experiences. Museums, playgrounds, zoos, lessons, and beach trips are all in our backyard.

My urban environment may not be able to provide everything for my son that I had as a kid, and city life isn't right for everyone. There are a lot of factors that go into where people live, like affordability, proximity to jobs and relatives, and family size. We only have one kid and it would be harder to have a similar lifestyle in Chicago with a large family. Our jobs require city living, and even though I still have the occasional pang of guilt, I'm happy my son gets to call this town his home.

Babies
Curdled Baby Spit Up Is Most Likely Normal, Strange as It May Look
by Elisa Cinelli 6 hours ago

Pet Advice
Grieving Your Pet? Here's Why You Shouldn't Feel Pressured to Rush the Process
by Elizabeth Enochs 7 hours ago