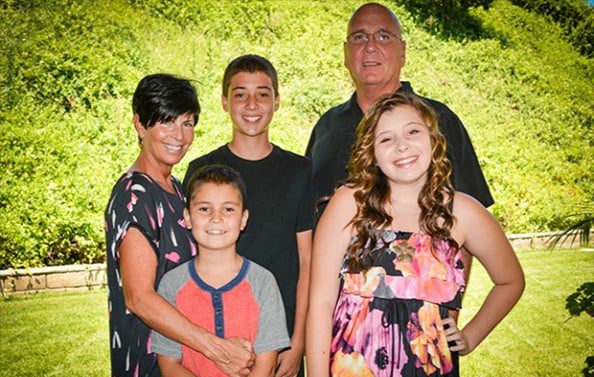 When Steve and Darnelle Mason lost their daughter Lisa in 2009, they were prepared for months — maybe years — of emotional turmoil. What they were not prepared for was a financial burden that would eventually send them into debt. Lisa, a mother of three, graduated from San Bernardino Valley College in 2007. Like many college students, she applied for loans and asked her parents to cosign, never imagining she would die from liver failure at 27 years old and leave them with the debt.

Since acquiring her debt, the initial amount of $100,000 has doubled due to late penalties and interest rates. The Mason family has set up an online fundraising page to try to make a dent in their debt and is also petitioning the US Senate asking that student loans to be eligible to be discharged in bankruptcy. But Darnelle worries that all these efforts will be for nothing.

"We pleaded with [lenders], we talked with them, we sent them the death certificate, everything, saying, 'There's just no way that we can take on all this debt,'" Darnelle tells Today. "There was just no leeway. It's been terribly overwhelming. I wake up every night with the burden. The burden is quite heavy. You just don't know how you're going to get out from under it."

To learn more about the family's struggles, and where the government stands in this situation, read the full story at Today.com

CollegeParenting News
Around The Web

Personal Essay
I'm Going to Be a College Senior in the Fall, and I Don't Know How to Feel
by Vivian Whitney 2 days ago

Elizabeth Banks
Nostalgia Alert: Ms. Frizzle and Her Magic School Bus Are Coming to the Big Screen!
by Alessia Santoro 3 days ago